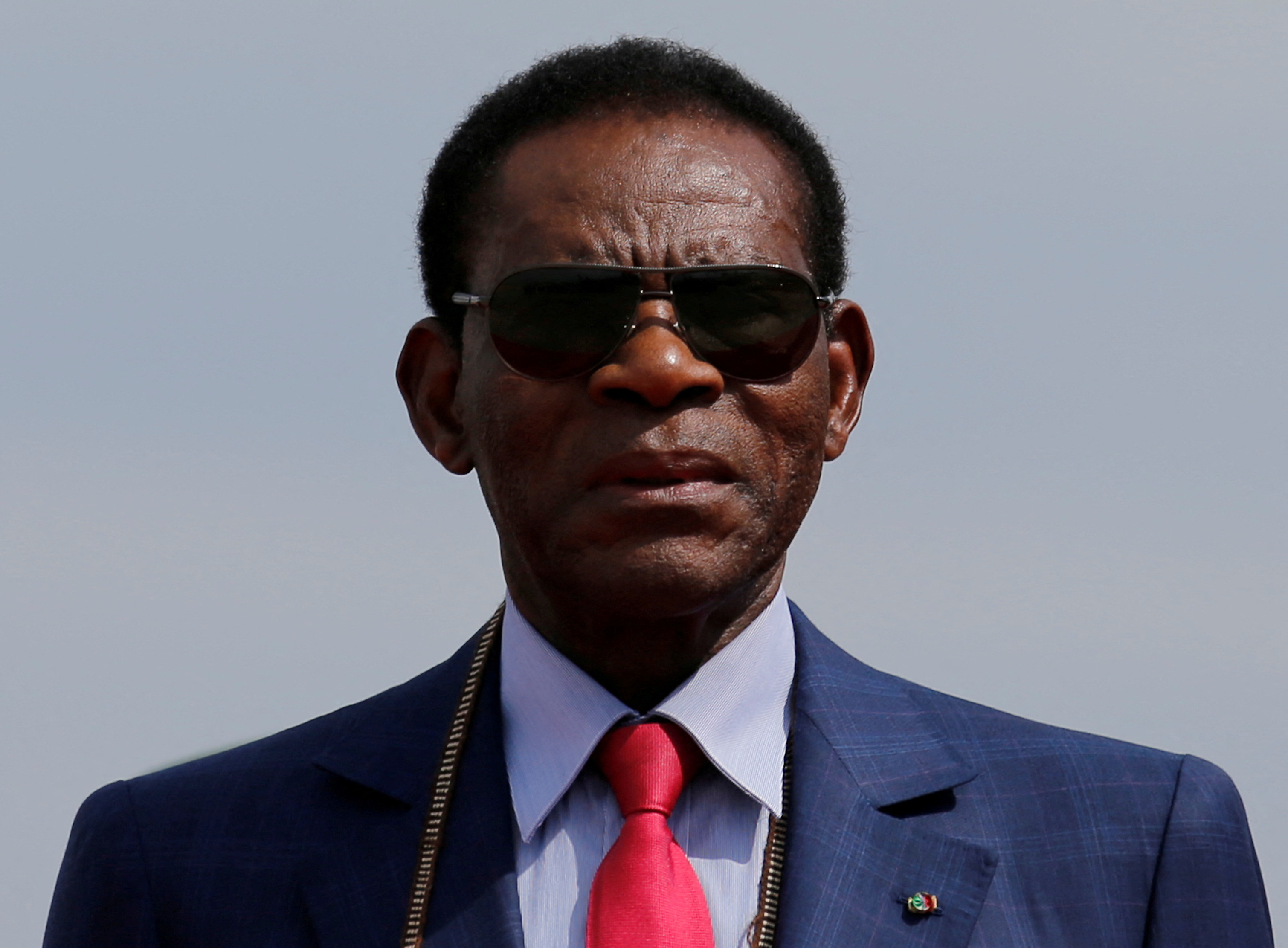 Equatorial Guinean President Teodoro Obiang Nguema Mbasogo is seen at his arrival to the Viru Viru airport, ahead of his attendance at the Gas Exporting Countries Forum Summit, in Santa Cruz, Bolivia, November 22, 2017. REUTERS/David Mercado/File Photo

The world’s longest-ruling leader, President Teodoro Obiang of Equatorial Guinea, staged a vote on Sunday to extend his 43-year-rule of a tiny, authoritarian African state where once plentiful oil wealth has been in a rapid decline.

“What you sow is what you reap,” said Obiang, 80, who has regularly won more than 90 percent of the vote in elections conducted over the course of five terms since he seized power from his uncle in a coup in 1979.

“I am sure that the victory is for PDGE,” he said, referring to his party.

Two opposition candidates are standing: Buenaventura Monsuy Asumu, who has already stood in the previous five elections, and Andrés Esono Ondo, an opposition figure running for the first time.

“It is a total fraud,” Esono Ondo told Reuters by phone, saying his party would challenge the result in court.

He said some semblance of fair voting was taking place in the island capital Malabo, but his party had evidence that officials elsewhere were casting ballots on voters’ behalf or forcing them to vote for the ruling party.

Government and officials of Equatorial Guinea’s election directorate could not be reached for comment.

Maja Bovcon, a senior Africa analyst at risk intelligence company Verisk Maplecroft, said the election outcome was in no doubt: “The closure of the borders and the harassment and arrests of opposition supporters have been paving the way for the extension of Obiang’s 43-year rule.”

The United States and the European Union called for a free and fair election, and raising concern over reports of harassments and intimidation of the opposition and civil society groups. The government rejected the accusations as interference in its electoral process.

Closing his campaign on Friday, Obiang said he decided to bring the presidential election forward by several months and hold it together with the legislative and municipal elections, to save money due to the economic crisis.

Oil and gas production accounts for around three quarters of revenues in the OPEC member state. But output has dwindled in recent years to around 93,000 barrels per day (bpd), from around 160,000 bpd in 2015, as oil fields mature.

Over 400,000 people registered to vote in the country of around 1.5 million. Voters will also cast ballots to elect 100 members of parliament for the lower house, 55 of the country’s 70 senators, and local mayors.