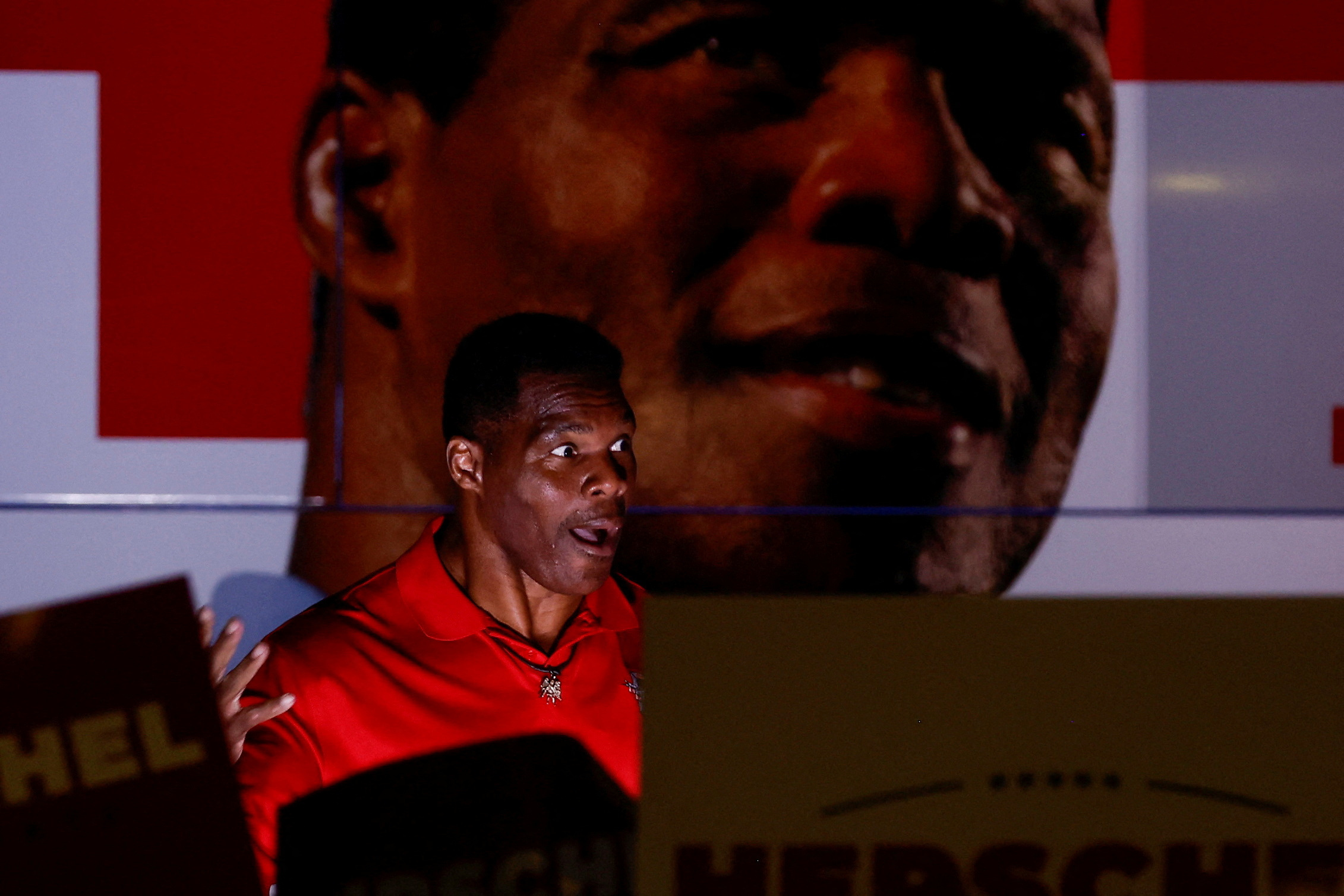 Georgia Republican candidate for U.S. Senate Herschel Walker whips up the crowd as he rallies with supporters at a campaign stop, on the eve of the election in Kennesaw, Georgia, U.S. November 7, 2022. REUTERS/Jonathan Ernst/File Photo

A woman who alleges that U.S. Senate candidate Herschel Walker pressured her into having an abortion in 1993 on Tuesday challenged the Republican, who has said he opposes abortion with no exceptions, to meet her publicly before next month’s Georgia run-off election.

The woman, who appeared at a news conference with attorney Gloria Allred but withheld her name, issued the challenge two weeks ahead of the Dec. 6 run-off contest in which Walker hopes to unseat Democratic U.S. Senator Raphael Warnock.

Walker has called the woman’s allegations, first made publicly on Oct. 26, untrue. He has also denied the allegation of another woman who claims he paid for her to have an abortion in 2009 and that she later gave birth to one of his children.

Neither woman has revealed her identity publicly. Reuters has not been able to independently confirm either woman’s claim.

“Do you have the guts to meet with me in person, in public, look me in the eye and tell me to my face that you don’t know me and that none of what I just said is true? I’m looking forward to your response,” the woman said on Tuesday.

The Walker campaign was not immediately available for comment.

The woman and her attorney presented voice recordings they claimed to be Walker’s. The attorney has said the woman has years of material, including receipts and greeting cards, documenting her romantic relationship with Walker from the late 1980s through the 1990s.

The Warnock-Walker race is going to a runoff because neither candidate secured the necessary 50% of the vote in the Nov. 8 midterm elections.

A Warnock victory would expand Democrats’ razor-thin margin in the Senate by one, giving President Joe Biden’s party more room to maneuver.