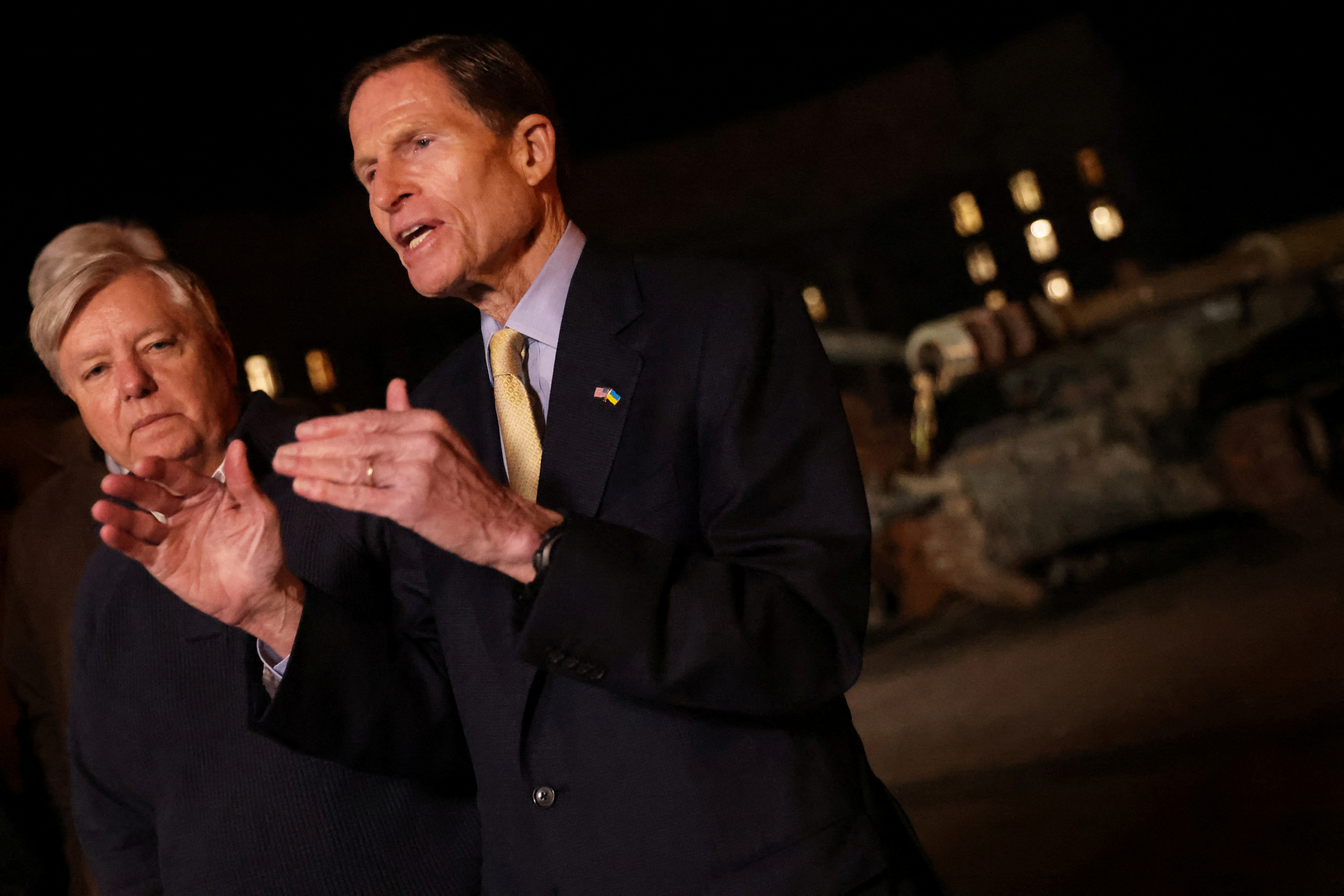 U.S. Senators Lindsey Graham (R-SC) and Richard Blumenthal (D-CT) take part in a news conference next to a tank at an exhibition displaying destroyed Russian military vehicles, amid Russia’s invasion of Ukraine, in central in Kyiv, Ukraine January 20, 2023. REUTERS/Nacho Doce

A bipartisan delegation of three U.S. Senators visiting Kyiv blasted the delays around Western tank supplies to Ukraine on Friday, with one of them warning of an impending “major counter-offensive” by Russia.

The delegation, composed of Republican Lindsey Graham as well as Democrats Richard Blumenthal and Sheldon Whitehouse, spoke to reporters after meeting Ukrainian President Volodymyr Zelenskiy, who asked for “investment, not charity,” according to Graham.

Graham singled out Germany as he expressed his frustration over a lack of tanks sent to Kyiv by its Western allies, including the United States.

“I am tired of the shitshow of who is going to send tanks and when they are going to send them,” he said. “To the Germans: send tanks to Ukraine, because they need the tanks. It is in your interest that Putin loses in Ukraine.”

Blumenthal said Ukraine’s Western allies must “stop the confusion and the chaotic debate about who sends tanks and when.”

Berlin has come under pressure to send its Leopard 2 tanks to Ukraine and to allow other countries in possession of the Germany-made tanks also to send them. No decision on supplying Leopards was reached at a meeting of Western allies in Germany on Friday, officials said, although pledges for large amounts of other weapons were given.

The United States was also holding fast to its decision not to provide Abrams tanks to Ukraine yet, a senior U.S. official said in Washington.

Blumenthal said weapons supplies were needed as soon as possible to fight against what he said was an impending Russian assault.

“The Russians are on the verge of a major counter-offensive that will be as barbaric and inhumane as all they have done,” he said.

Graham and Blumenthal both urged the Biden administration to supply Kyiv with tanks, artillery, and ATACMS missile systems, while Blumenthal also said planes should be supplied.

“We should not send American troops to Ukraine, but we should provide Ukraine with whatever we would give our troops if they were fighting on the ground,” Blumenthal said.