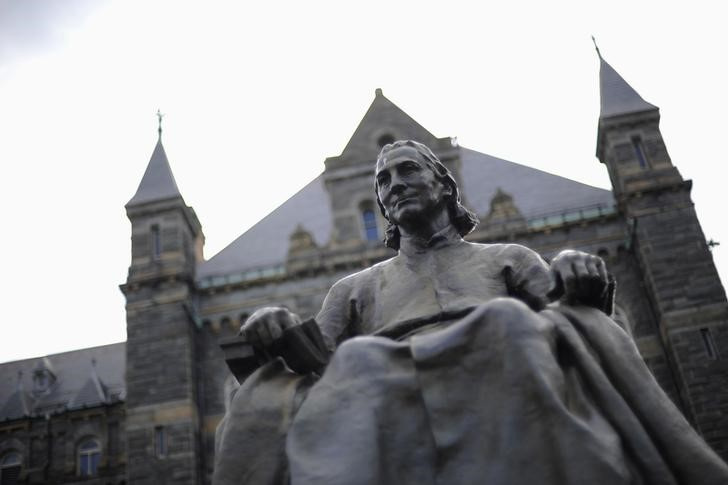 At least five leading law schools broke up this week with the U.S. News & World Report rankings, with Columbia Law and Georgetown Law on Friday joining the law schools at Yale, Harvard and Berkeley in ending their participation.

The rankings aren’t breaking up with them in return, however. U.S. News will continue to rank schools that choose not to provide it with their internal data, its chief data strategist Robert Morse said in a statement.

“U.S. News has a responsibility to prospective students to provide comparative information that allows them to assess these institutions,” Morse wrote on the magazine’s website late Thursday.

Yale Law School, which has been No. 1 in the influential rankings, said Wednesday it will no longer submit internal data to U.S. News.

No. 4-ranked Harvard Law School followed suit hours later. The University of California, Berkeley School of Law, which is ranked No. 9, withdrew on Thursday. Columbia, which is tied with Harvard at No. 4, and No. 14-ranked Georgetown University Law Center did the same on Friday.

The deans of the boycotting law schools have said the rankings punish schools whose graduates pursue public interest jobs or advanced degrees, while rewarding those that spend more on students and drive up tuition.

Berkeley law dean Erwin Chemerinsky said in an interview that he did not know whether declining to provide information will impact his school’s ranking.

“I decided we just have to do what’s right, and hopefully it won’t hurt us,” he said.

Chemerinsky said the rankings’ credibility would suffer if top law schools fall significantly after declining to participate in the evaluations.

Morse’s statement did not say how U.S. News will account for data that schools stop providing. The magazine did not immediately respond to requests for more information.

The law school rankings are based on internal data supplied by schools such as their expenditures-per-student and average graduate debt, and reputational surveys filled out by legal academics and practicing lawyers. They are also based on publicly available data produced by the American Bar Association on incoming student LSAT scores and undergraduate grades, bar pass rates, and graduate employment.