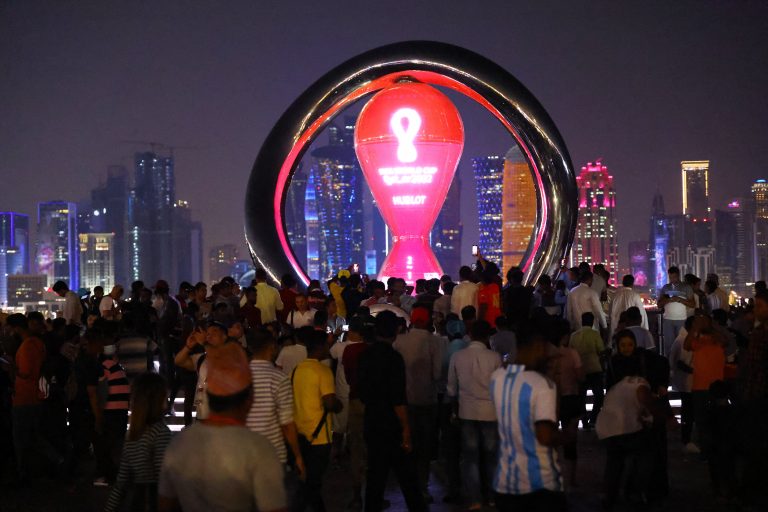 The United Nations provided Qatar with equipment and training to prevent “a nuclear security incident” from occurring during the 2022 World Cup, according to the U.N.’s nuclear watchdog group.

The International Atomic Energy Agency (IAEA), which works on proliferation issues across the globe, says it has worked with Qatar’s National Committee for the Prohibition of Weapons for the past year “to thwart any attack involving nuclear or other radioactive material.” The announcement comes as jihadist groups like al Qaeda urge its militant followers “wage jihad” against the tournament as Westerners pour into the country.

The threat of a terrorist attack has cast a shadow over the games, as regional jihadi groups rebel against Qatar’s decision to host the international event. Qatar, which is allied with the world’s leading sponsor of terrorism, Iran, has a checkered past when it comes to confronting jihadi groups. The small, Middle Eastern nation is known as a chief terrorism financing hub but is also closely allied with the West in its battle against terrorist groups.

The nuclear watchdog lent Qatar more than 120 radiation detecting devices, including personal radiation detectors, portable backpack detectors, and other instruments that can spot things like a dirty bomb, a crude explosive device that includes radioactive materials.

This is “the first time” the IAEA’s Malaysia-based security center provided such equipment to a country hosting a major public event, according to the IAEA.

“The Agency’s experience in supporting nuclear security measures at major public events was adapted to the Qatari needs,” Elena Buglova, director of the IAEA Division of Nuclear Security, said in a statement. “The deployment of the equipment loaned to Qatar was done in the most cost-effective and timely manner by the use of the regional loaner pool.”

IAEA director general Rafael Mariano Grossi said that “fans attending the games in Qatar deserve to do so without concerns about nuclear security.”