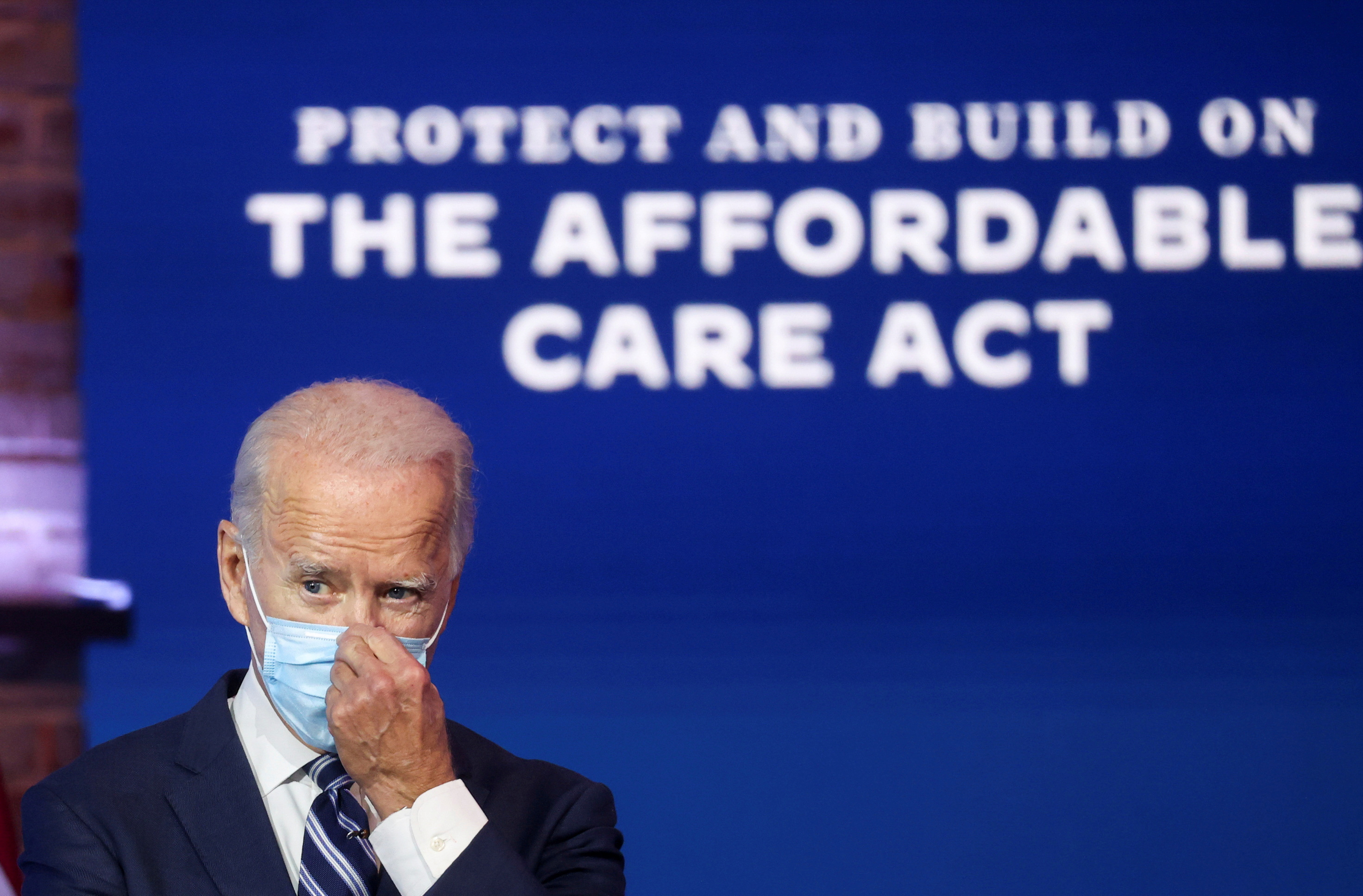 U.S. President-elect Joe Biden adjusts his face mask after during a news conference, where he discussed health care and the Affordable Care Act (Obamacare, at the theater serving as his transition headquarters in Wilmington, Delaware, U.S., November 10, 2020. REUTERS/Jonathan Ernst

More than 16 million Americans signed up for Obamacare health insurance for 2023, a jump of more than 12% over last year and the highest since the Affordable Care Act was signed 13 years ago, the U.S. government said on Wednesday.

The law was former U.S. President Barack Obama’s signature piece of domestic legislation. Enrollment for 2023 healthcare plans under the Affordable Care Act, also known as Obamacare, was open from Nov. 1 to Jan. 15.

“More Americans than ever before have signed up for health insurance through the Affordable Care Act,” President Joe Biden said in a statement.

“We’ve made record-breaking progress in expanding coverage and lowering health care costs for American families, saving them money and giving more Americans the peace of mind that comes with affordable health insurance,” he said.

About 3.6 million people who have signed up for the plans are new enrollees, White House Domestic Policy Advisor Susan Rice said on a press call. Obamacare helps low and middle-income Americans who do not have access to affordable health insurance coverage through an employer.

The government-backed insurance provides income-based subsidies to those enrolled. Companies that sell such insurance include Centene (CNC.N), CVS Health (CVS.N), and Anthem Inc .

The Biden administration finalized in October a rule it said would fix the so-called family glitch in the ACA which priced many people out of health insurance and would help over a million Americans by addressing an element of the law that left family members of those with access to employer-provided health plans ineligible for certain subsidies.