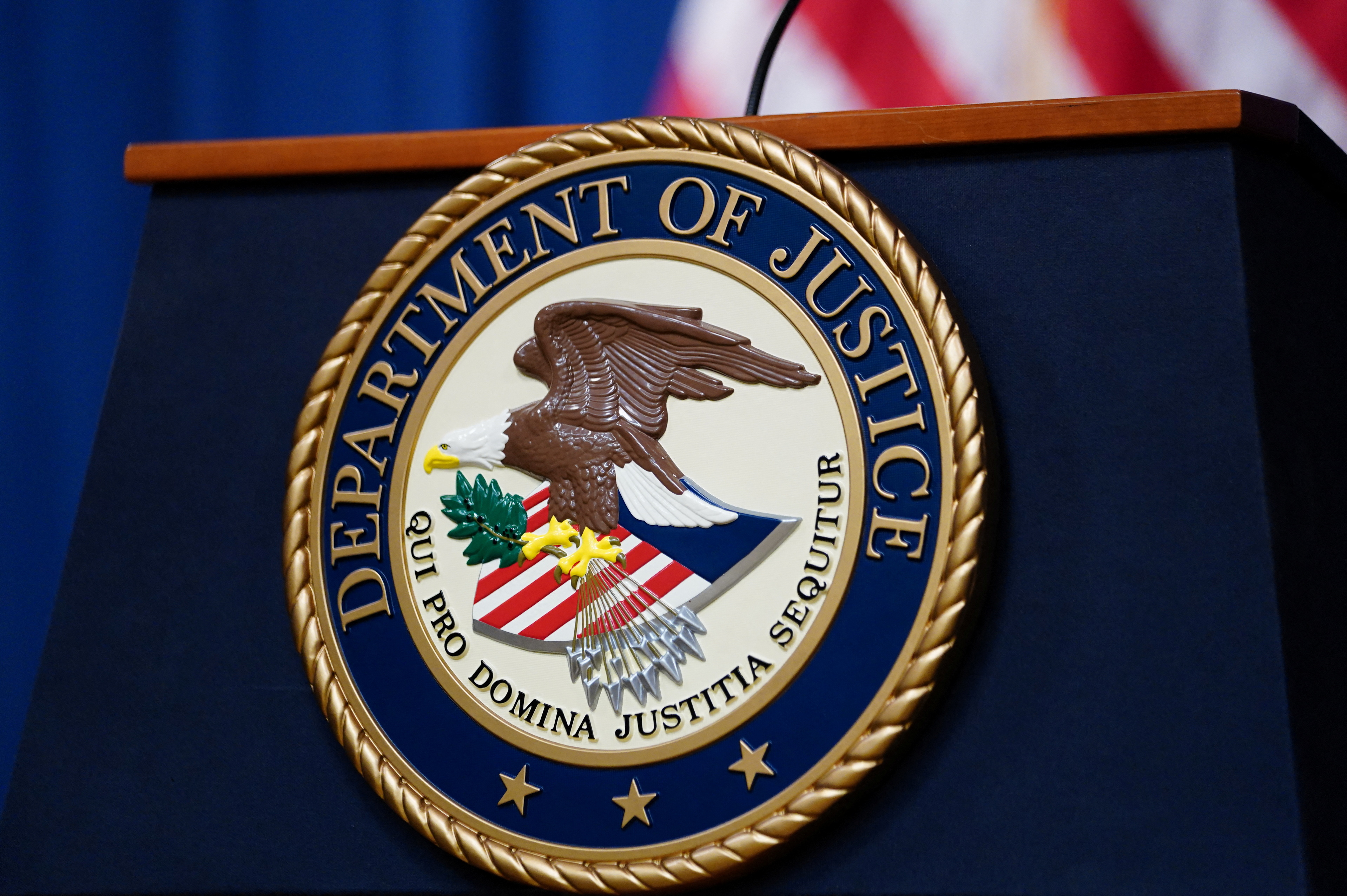 The seal of the U.S. Justice Department is seen on the podium in the Department’s headquarters briefing room before a news conference with the Attorney General in Washington, January 24, 2023. REUTERS/Kevin Lamarque

The Justice Department found Louisiana violated the U.S. Constitution by confining people in its custody past the dates when they were legally entitled to be released, adding state authorities were “deliberately indifferent to the systemic overdetention.”

“There is reasonable cause to believe that the Louisiana Department of Public Safety and Corrections (LDOC) routinely confines people in its custody past the dates when they are legally entitled to be released from custody, in violation of the Fourteenth Amendment,” the Justice Department said in a statement on Wednesday.

The Justice Department said it concluded that the LDOC denies individuals’ due process rights to timely release from incarceration.

“LDOC is deliberately indifferent to the systemic overdetention of people in its custody,” the Justice Department concluded.

LDOC said it was reviewing the Justice Department report that was released Wednesday, adding it had cooperated with federal officials during their probe.

Between January 2022 and April 2022, 26.8% of the people released from LDOC’s custody were held past their release dates, the Justice Department said. Of those overdetained people, 24% were held over for at least 90 days, it added.

The Justice Department initiated its investigation in December 2020.

It said on Wednesday that it provided the Louisiana authorities and LDOC with written notice of the findings and the minimum remedial measures necessary to address them. The notice said a lawsuit could be initiated by the Justice Department if the issues are not addressed.

Last year, the Justice Department also opened a civil rights probe into the Louisiana State Police more than three years after the deadly arrest of black motorist Ronald Greene in the state in 2019.