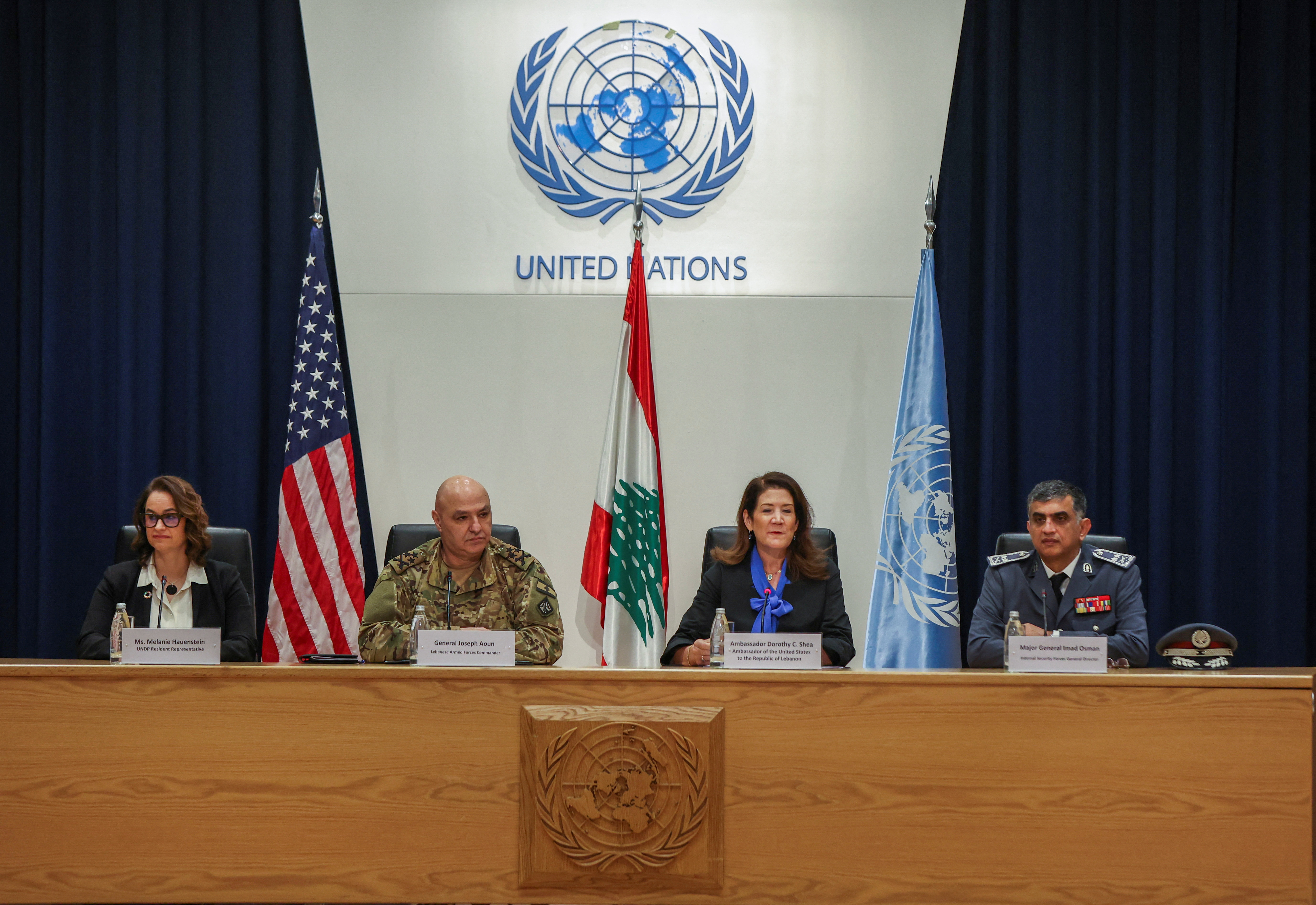 The United States announced on Wednesday it would provide $72 million as cash stipends to Lebanon’s security forces through a bespoke United Nations programme after a currency meltdown slashed salaries.

Lebanon’s currency has lost about 97% of its value against the dollar since the country’s financial system collapsed in 2019, driving down most soldiers’ monthly wages to around $80.

The military has been squeezed so badly that its canteens stopped serving meat to troops in 2020 and it began offering sightseeing tours in its helicopters to raise cash.

U.S. Ambassador Dorothy Shea said the scheme was a “temporary” measure “in light of the urgency of Lebanon’s economic situation”.

Both have received previous security support from the U.S., including training and equipment, but it would be the first time the U.S. had bolstered salaries, she said.

Aoun thanked the U.S. and U.N. for backing “troops and their families” struggling in a country “on the verge of collapse.”

Military sources told Reuters that some 5,000 force members had quit without authorization since 2019 and said the cash supplement could help prevent further depletion of Lebanon’s forces.

The U.S. announced its intent to provide financial support a year ago and set up the special mechanism with the U.N. in the hope other countries would also contribute, sources with knowledge of the programme told Reuters.