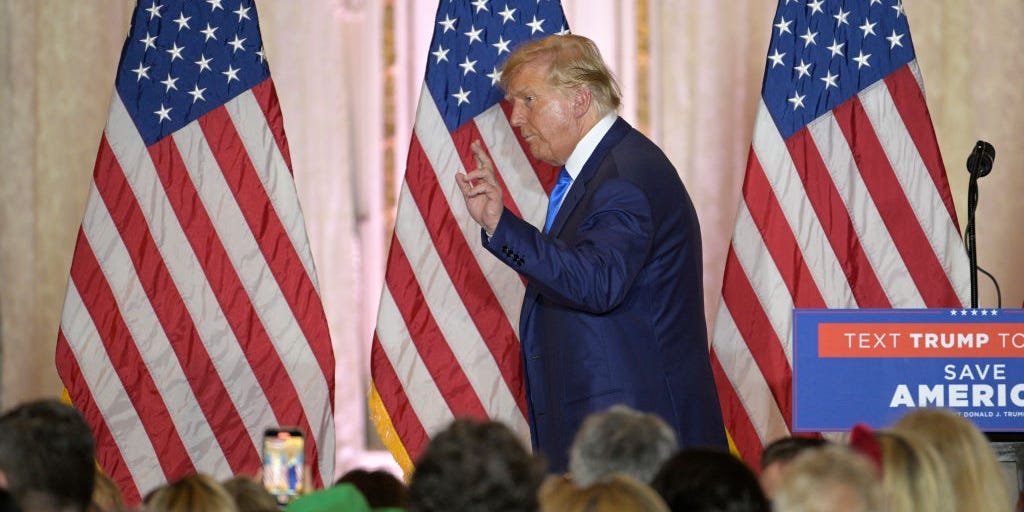 Phelan M. Ebenhack for The Washington Post via Getty Images

Speaking on CNN Tuesday, Haberman discussed how Trump’s 2024 campaign has gotten off to a slow start, and his plans to gear it up at a campaign event in South Carolina on Saturday.

“I think they are also finding, his team, that people are not swelling around him in the Republican Party in these states the way they had believed,” she said.

“Now he still has supporters and still has his operation, it’s pretty small. I think they thought they would be able to get all of these people to just show up for him.”

“He’s over and over and over learning the lesson he is not president anymore and for a lot in the Republican Party someone they want to be past,” said Haberman.

Her claims come after The Washington Post on Sunday reported that Trump aides were struggling to get allies in the state to turn up to the campaign rally in South Carolina.

Trump announced his 2024 candidacy at a relatively low-key event in November, and has faced criticism from Republicans in recent months for the party’s worse-than-expected performance in the midterm elections.

In the midterms several candidates he endorsed in key races were defeated.

Some former allies, including Bill Barr, the former Attorney General, have called on Trump to step aside and allow a new generation of Republicans to take power.

Florida Gov. Ron DeSantis, who has not formally declared his candidacy, is considered Trump’s leading rival for the nomination should he decide to run.