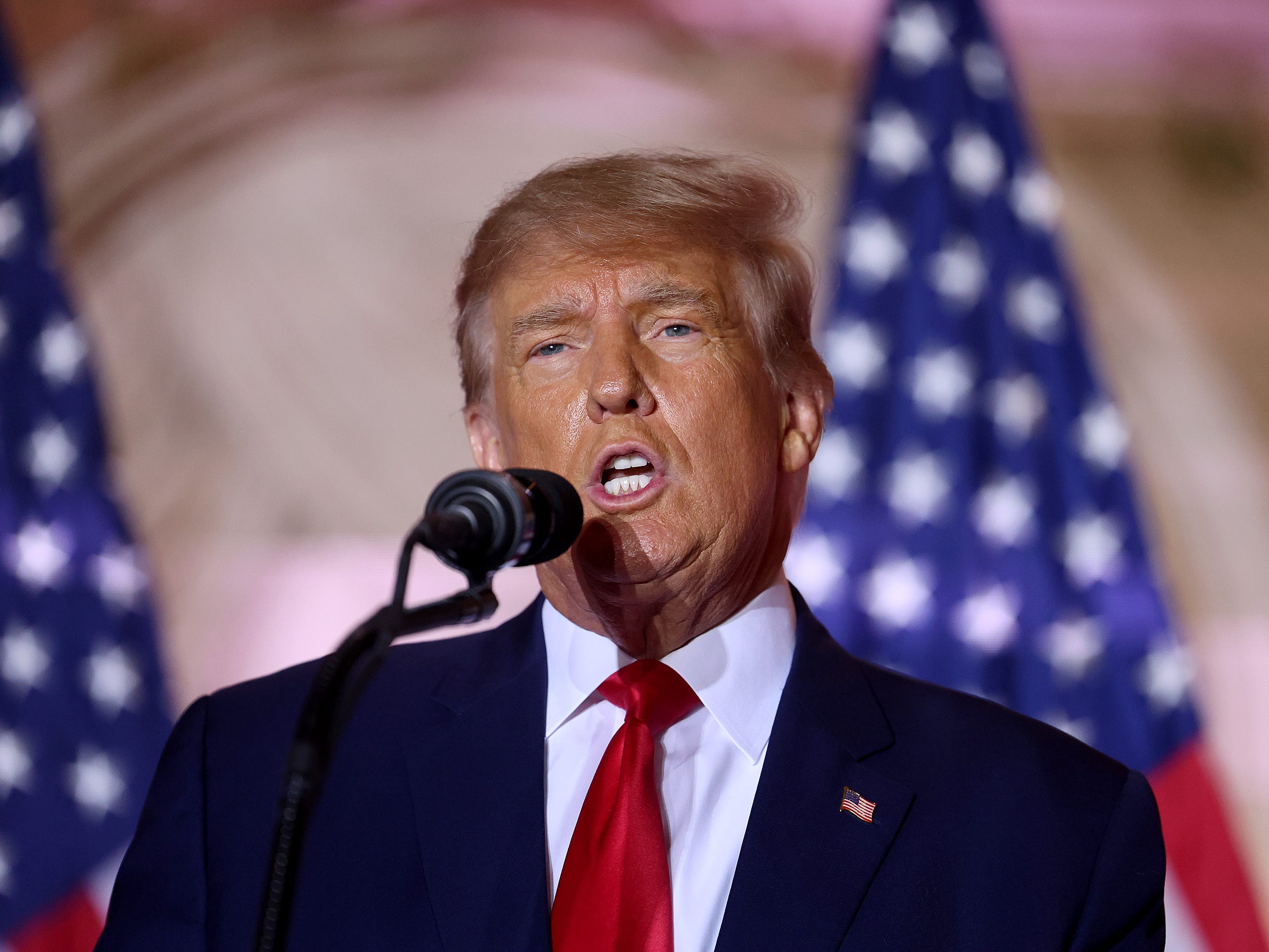 Former President Donald Trump speaks during an event at his Mar-a-Lago home on November 15, 2022, in Palm Beach, Florida.

Former President Donald Trump accused evangelical leaders of disloyalty on Monday, just months after he praised the religious group for being more appreciative of his work than Jewish people.

During an interview on the right-wing fringe network Real America’s Voice, Trump was asked about the lack of endorsements from evangelical leaders for his 2024 presidential campaign.

“It seems like many of them are waiting to see how the field takes shape before they back anyone,” said David Brody, a commentator for the Christian Broadcasting Network, who was conducting the interview. “What is your message to them?”

The former president then listed off his credentials on the “right to life,” claiming to have done more for it than anybody else.

“I put three Supreme Court justices, who all voted, and they got something that they’ve been fighting for 64 years,” he said, referring to the overturning of Roe V. Wade.

Insider previously reported that prominent evangelical Christian figures who previously supported Trump are holding off on backing him for now.

Robert Jeffress, a televangelist, endorsed Trump in 2016 and appeared at rallies for him. He told Newsweek in November that he won’t endorse the former president until it becomes clear who the Republican nominee is in 2024.

“He does not have the support of the evangelicals that he did,” Mike Evans, who helped mobilize evangelical support for Trump in 2016, said in a November 2022 interview with The Jerusalem Post.

Trump’s complaint about evangelical leaders comes just months after he praised them for their support in a controversial remark that accused “people of the Jewish faith” of disloyalty relating to his Israel advocacy.

“No President has done more for Israel than I have. Somewhat surprisingly, however, our wonderful Evangelicals are far more appreciative of this than the people of the Jewish faith, especially those living in the US,” he wrote on Truth Social in October 2022.

Jonathan Greenblatt, the CEO of the Anti-Defamation League, called the post “insulting and disgusting.”

In 2021, Trump also told an Israeli journalist that “evangelical Christians love Israel more than the Jews in this country.”