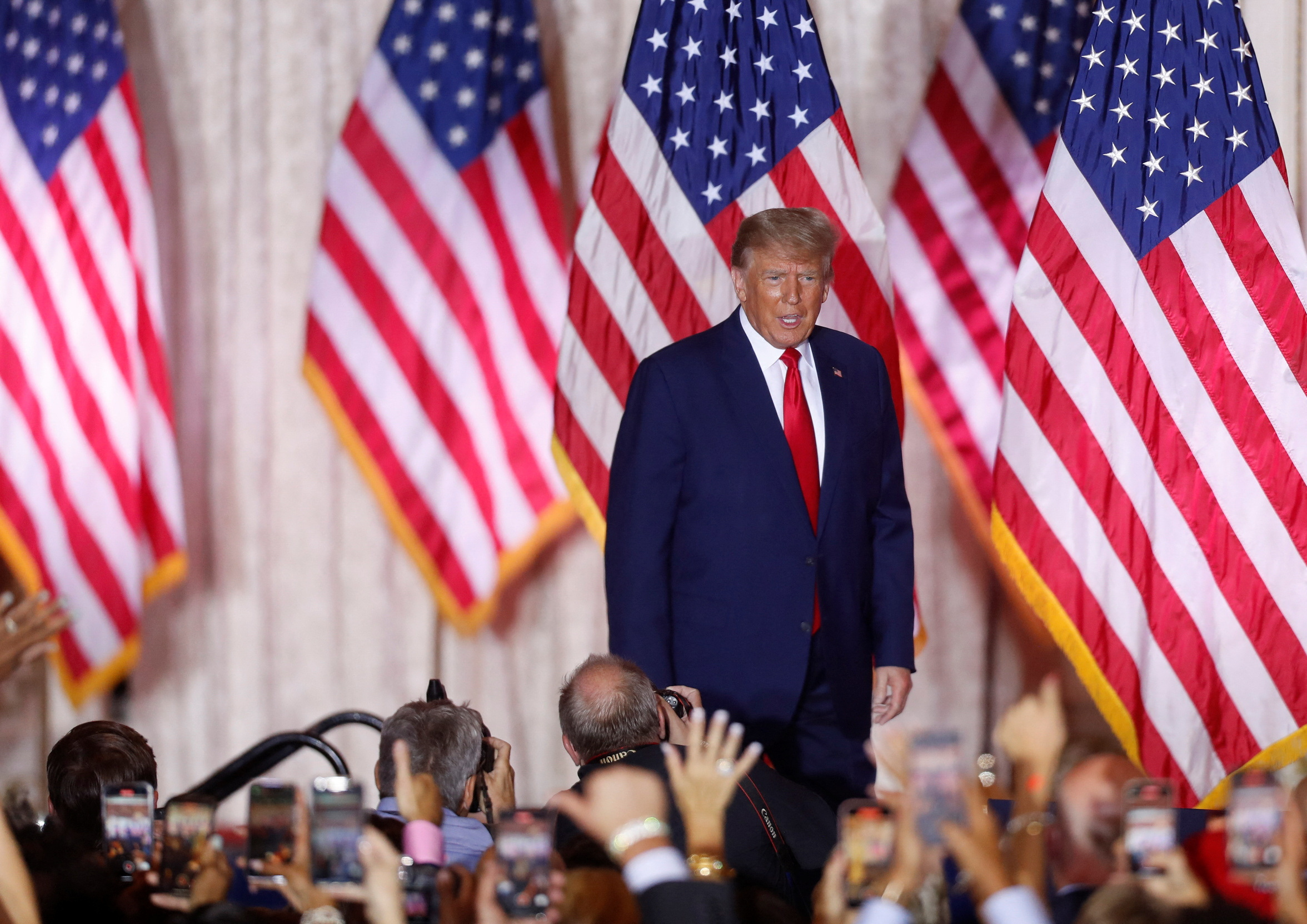 Former U.S. President Donald Trump makes an announcement of his plans to run for president in the 2024 U.S. presidential election at his Mar-a-Lago estate in Palm Beach, Florida, U.S. November 15, 2022. REUTERS/Octavio Jones

Former President Donald Trump on Tuesday asked a federal court in Florida to provide him and his lawyers with a complete version of the sworn statement that federal investigators used to obtain a search warrant for his Florida property in August.

Prosecutors are conducting a criminal probe over the retention of government records at the resort after Trump’s presidency ended. The motion to unseal the affidavit was requested in a court filing in the U.S. District Court for the Southern District of Florida.