The two-page fact-sheet released by the Department of Defense (DoD) in March 2022 served as an appetizer for the fully-cooked 2022 National Defense Strategy (NDS) that arrived seven months later. Whether the initial fact-sheet prepared its readers for disappointment or for satisfaction, the full document delivered. Those hungering for prioritization and a detailed alignment of ends, ways, and means will find it unfulfilling. Those with an appetite for more than just a reaffirmation that the United States must prepare to fight and win a war against China will find it hearty.

It came as no surprise that integrated deterrence – an approach to dissuading others from behaving in particular ways at particular times by using diplomacy, economic statecraft, and military power together – was prominently featured. It was less obvious that campaigning – the design and execution of operations over time and space, all working in service of the same strategic objective – would receive as much treatment as it did. This is a decidedly positive development. There remains some ironing out to be done, and there are ongoing objections to integrated deterrence. The NDS’s core concepts indicate that U.S. Secretary of Defense Lloyd Austin’s team is thinking critically about how the U.S. military can be used not only to deter and fight war, but also as an effective instrument of foreign policy.

The debate is over, the DoD does integrated deterrence

Two objections to integrated deterrence are common: that threatening non-military consequences such as diplomatic reprimand (expelling diplomats, or excluding a state from an international forum) and economic sanctions, for example, are insufficient to restrain a determined actor; and that these and other such tools of influence aren’t the purview of the Department of Defense. The former doubtless is true, sometimes – but so too is it true, sometimes, that even the threat of military force is insufficient to restrain a determined actor.

The assertion that Putin’s invasion of Ukraine demonstrates that integrated deterrence failed where military deterrence would have succeeded, for example, mistakenly emphasizes the strategy itself, instead of its details and quality. The more relevant considerations are how and why the coalition composed and communicated the package of punishments intended to deter Putin. What was the rationale behind selecting particular economic sanctions, and threatening and applying them incrementally rather than immediately upon invasion? How and why, in the period prior, did the DoD determine which forces to deploy to Europe, where to deploy them, and in what numbers? Did the coalition make clear to Putin the extent and durability of its willingness to supply Ukraine with funds and weapons? It is the analytical approach behind the selection, timing, and application of these tools of influence, in other words, that either increases or decreases the likelihood that a strategy of deterrence will succeed.

This is precisely why the argument that the DoD should not concern itself with non-military forms of influence over which it has no control is wrong. Nobody is laboring under the misconception that the DoD believes it is, will, or should be the strategy lead on diplomatic activity, trade policy, or economic sanctions. All the NDS is proposing is that the DoD and the interagency treat coercion holistically. Integrated deterrence, that is, acknowledges that military action intended to deter can work either with or against other elements of U.S. national power.

A  study published in 2020 found that there have been many instances over the last 30 years in which poorly-integrated deterrence was used to ill effect. Analysis revealed, for example, that there are conditions under which the application of sanctions made military efforts to deter less effective. Similarly, the manner in which U.S. demands were conveyed to the target of deterrence could be counterproductive. When demands and threats were clear and specific, military deterrence was more likely to succeed. When the United States issued mixed messages, non-specific demands, and vague threats, by contrast, the likelihood of successful deterrence declined.

Given that the deployment of any portion of the U.S. military in an effort to deter always carries costs and risks, it seems only common sense that the DoD would seek to develop coordinated strategies that at most avoid and at least minimize these negative interactions. Really, it would be irresponsible not to, especially when considering the stakes involved in, say, seeking to deter a Chinese use of force against Taiwan. The question that remains in urgent need of an answer thus is whether the Department and the interagency have in place the mechanisms they need to develop good strategies of integrated deterrence with the skill and speed that events might require.

Good to see you, campaigning

The concept of campaigning – defined in the NDS as “the conduct and sequencing of logically-linked military activities to achieve strategy-aligned objectives over time” – is a welcome inclusion, not least because it is far from a novel construct for the armed forces. Campaigning is something the services know how to do, and how to do very well, in the conduct of war, and that the joint staff has been thinking about how to apply to other mission sets for decades. The NDS simply applies the logic to military activities short of war, or to stay with the favored term, to gray zone activities.

In this context, campaigning acknowledges that other actors have interests that run counter to those of the United States, and that they should be expected not only to pursue them, but also sometimes to do so in ways are either illegal under international law or legal but inconsistent with established norms. The island-building activities of the Philippines, Malaysia, Taiwan, Vietnam, and China are examples of this, or Iran’s new habit of snatching up uncrewed U.S. surface vessels operating in its near seas. Most importantly, campaigning recognizes that thwarting any one attempt cannot be expected to forestall others – competitors will not simply quit in the face of failure, but rather will keep trying, whether using the same means or new ones to pursue their goals. Campaigning maintains U.S. preparedness to parry these attempts consistently and persistently over time.

To a certain extent, the military already does campaign – the regular cadence of joint exercises with allies and partners in key regions, for example, conditions those environments by demonstrating U.S. presence, commitment, and combined capability. Freedom of navigation operations (FONOPS) are another form of campaigning, insofar as the regular transit of U.S. vessels is a reminder that it will enforce the right of all states to sail, fly and operate wherever international law allows.

What is new is that campaigning will be more selective. The NDS states that “we will focus day-to-day force employment on a more narrow set of tasks than we do currently.” Campaigning will also be more intentionally aligned with long-term lines of strategic effort focused on “the most consequential competitor activities – those that, if left unaddressed, would endanger our military advantages and vital national interests now and in the future.” For this intent to be realized, the DoD will need to have clarity about what interests those are, and which competitors and competitor activities have the potential to compromise them. Still, there is more to be heartened by than to quibble with in the document’s reasonably well-developed presentation of campaigning.

Integrated deterrence and campaigning should be non-controversial, given that they are a return to concepts about the role of force in international politics that served the United States well during the Cold War. When put into practice with care and conviction, they enabled the United States to compete with the Soviet Union over foreign policy outcomes, often successfully, without precipitating war. Their centrality in the 2022 NDS thus is encouraging, suggestive of a Department that is finding its footing and gaining confidence in its role in competition. 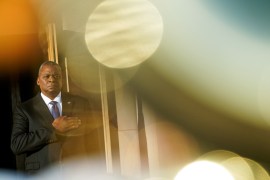