The 118th Congress is now in full swing after a long and contentious vote for the Speaker of the House, which ultimately was earned by House Republican Kevin McCarthy (R-CA) in a slim majority from his party. In addition to his election, Congressman Hakeem Jeffries (D-NY) became the first Black, Democratic House Minority leader, whose role will be challenged by the Republican takeover of the House. While the U.S. Senate and White House have remained largely Democrat, some recent key departures, like Tim Wu who drafted Biden’s stance on anti-trust, and re-nominations, like that of Gigi Sohn, whose name was resubmitted by the White House for the fifth position at the Federal Communications Commission after an earlier, unsuccessful attempt may impact the overarching tech agenda for this administration.

Unlike former House Speaker Nancy Pelosi (D-CA), Speaker McCarthy has not drafted an aggressive path toward big tech accountability, but his committee appointment of Representative Cathy McMorris Rodgers (R-WA) to Chair of the House Energy and Commerce Committee, as well as other key committee appointments, may provide some insight into what issues will be introduced and how they will be debated.

Co-hosts Darrell West, a senior fellow in Governance Studies and Nicol Turner Lee, director of the Center for Technology Innovation, discuss the future of tech policies under the 118th Congress. They also predict how certain issues may be handled by a GOP-majority Congress, including anti-trust enforcement, big tech, broadband expansion and spending, the digital divide, China, and national security.

You can listen to the episode and subscribe to the TechTank podcast on Apple, Spotify, or Acast. 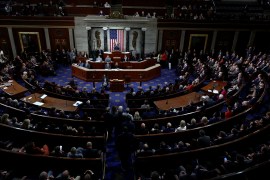