A California farm worker accused of shooting seven people to death near San Francisco, some of them his co-workers, made his first court appearance on Wednesday after he was charged with murder in the state’s second deadly gun rampage in recent days.

Chunli Zhao, 66, the lone suspect in Monday’s massacre at two mushroom farms in the seaside town of Half Moon Bay, was to be formally presented with seven counts of premeditated murder and a single count of attempted murder in a criminal complaint filed by local prosecutors.

The hearing was held at the San Mateo County Superior Court in nearby Redwood City, California.

California law declares that defendants convicted of murder with “special circumstances” can be eligible for the death penalty, but Governor Gavin Newsom in 2019 declared a moratorium on executions. The state has not executed a condemned inmate since 2006.

Also on Wednesday, U.S. Vice President Kamala Harris, a California native, planned to travel to the Los Angeles suburb of Monterey Park, site of the first of the recent deadly rampages. She was expected to meet with some families of the 11 people who were fatally shot in a dance hall on Saturday night by a gunman who later took his own life.

Coming in quick succession, the two shooting sprees left California reeling from one of the bloodiest spates of mass gun violence in decades in a state with some of the strictest firearm laws in the country.

Zhao was taken into custody on Monday evening outside a sheriff’s station, where police said he had driven shortly after the attack on farm workers.

The precise motive for the shooting remained unclear. Zhao had been employed by one of the growers, Mountain Mushroom Farm, and had resided at the property along with some other employees, according to a spokesperson for California Terra Gardens, which owns the farm. Authorities said early evidence indicated the bloodshed stemmed from a workplace grievance. The second crime scene, Concord Farms, is about a mile away.

Half Moon Bay, a community of about 12,000 residents south of San Francisco, is home to both a luxury resort and a low-income farming community. The shooting cast a renewed spotlight on hardships faced by the area’s farm workers, many of them immigrants from Latin America and Asia who often live in squalid labor encampments and toil long hours under poor conditions for extremely low pay.

Jose Romero’s brother Pedro was also injured in the attack and was hospitalized as of Tuesday, the brothers’ cousin Jose Juarez told Reuters. Juarez said the brothers had immigrated from Mexico and worked at Mountain Mushroom Farm.

Two days before the Half Moon Bay killings, another gunman 380 miles to the south opened fire at the Star Ballroom Dance Studio, a club frequented mostly by older patrons of Asian descent in Monterey Park.

Eleven people died and nine were injured in Saturday night’s gunfire, which some survivors and bystanders said they initially mistook for fireworks as the predominantly Asian-American community was observing the start of the Lunar New Year.

Authorities said the assailant, Huu Can Tran, 72, drove a short time later to a second dance hall in the neighboring town of Alhambra. There, the club’s operator disarmed him before he could open fire.

The next morning, Tran shot himself to death behind the wheel of his getaway vehicle as police closed in on him south of Los Angeles, leaving investigators with few clues as to his motive. 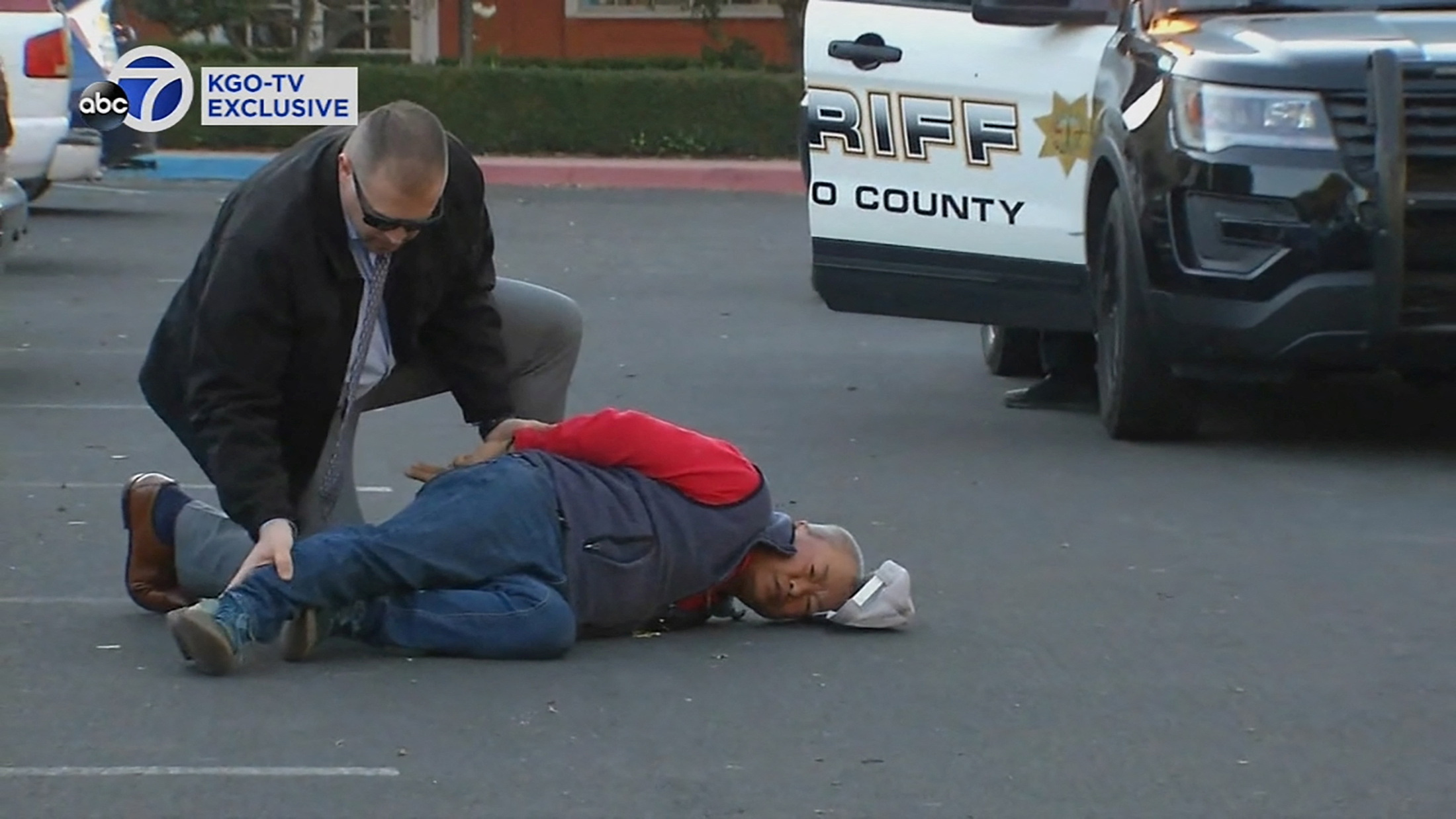 A suspect is arrested by law enforcement personnel after a mass shooting at two locations in the coastal northern California city of Half Moon Bay, California, U.S. January 23, 2023 in a still image from video. ABC Affiliate KGO via REUTERS. 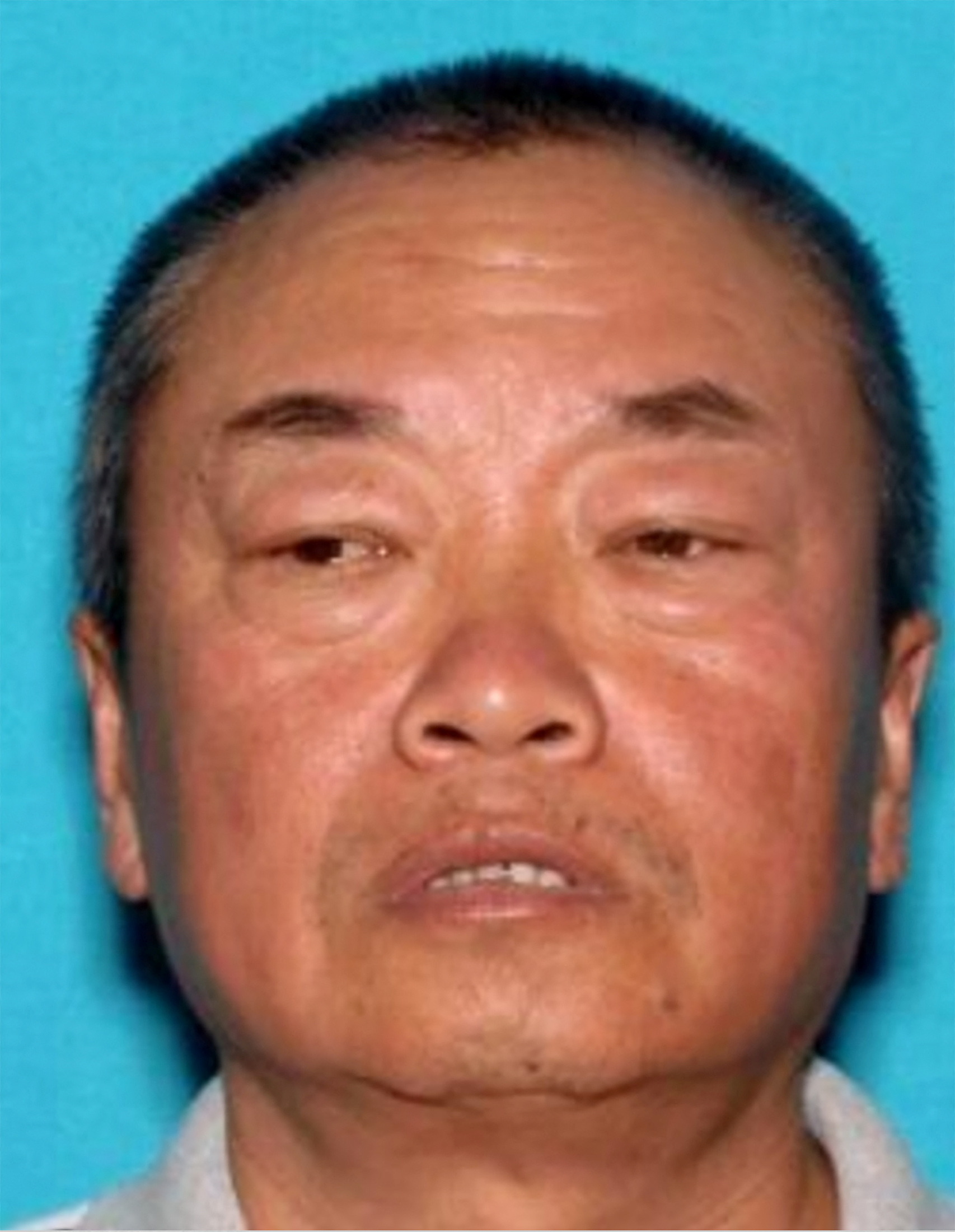 Chunli Zhao, 67, who was arrested by law enforcement personnel after a mass shooting at two locations in the coastal northern California city of Half Moon Bay, California, U.S. poses in an undated driver’s license photograph. San Mateo County Sheriff’s Office/Handout via REUTERS 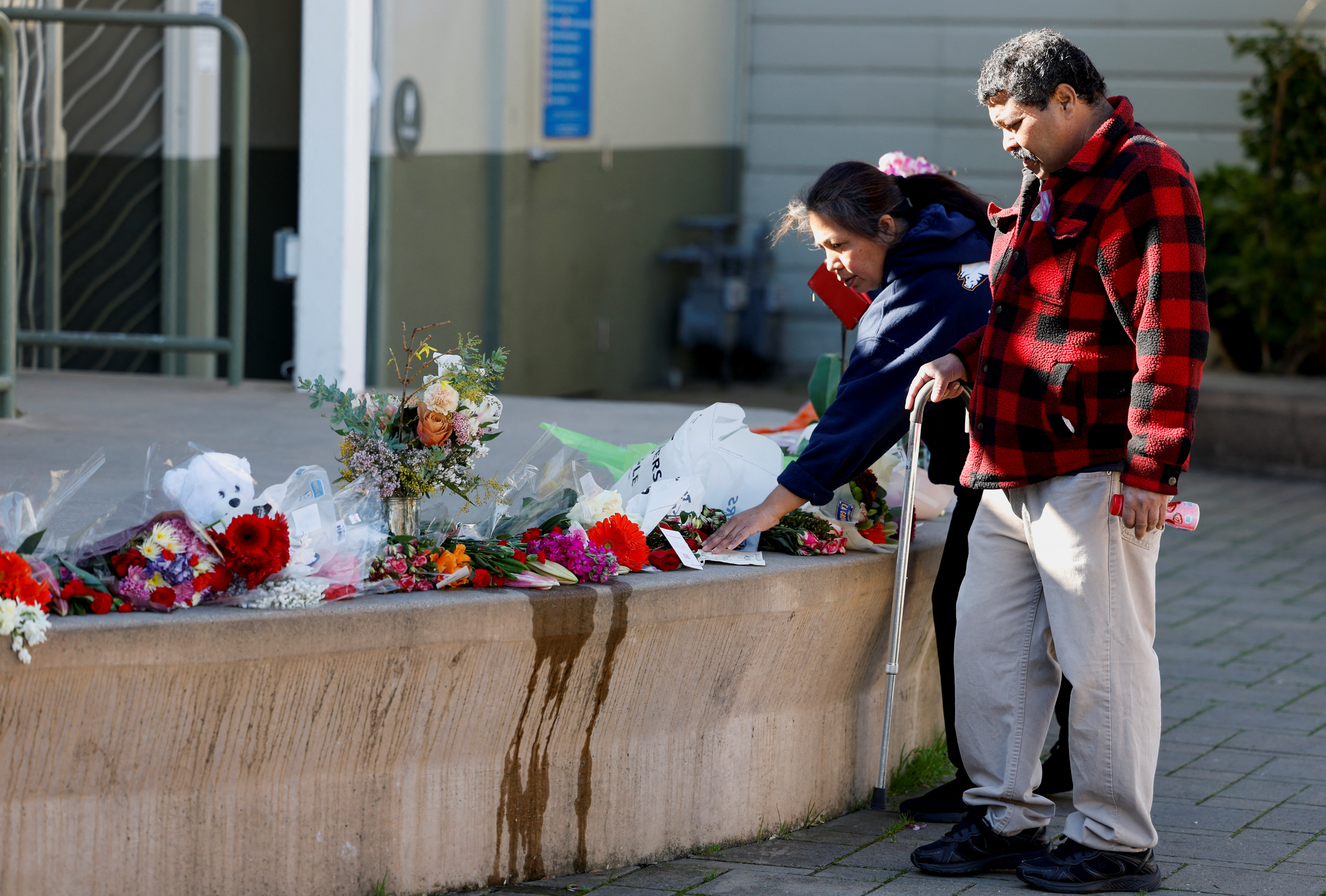 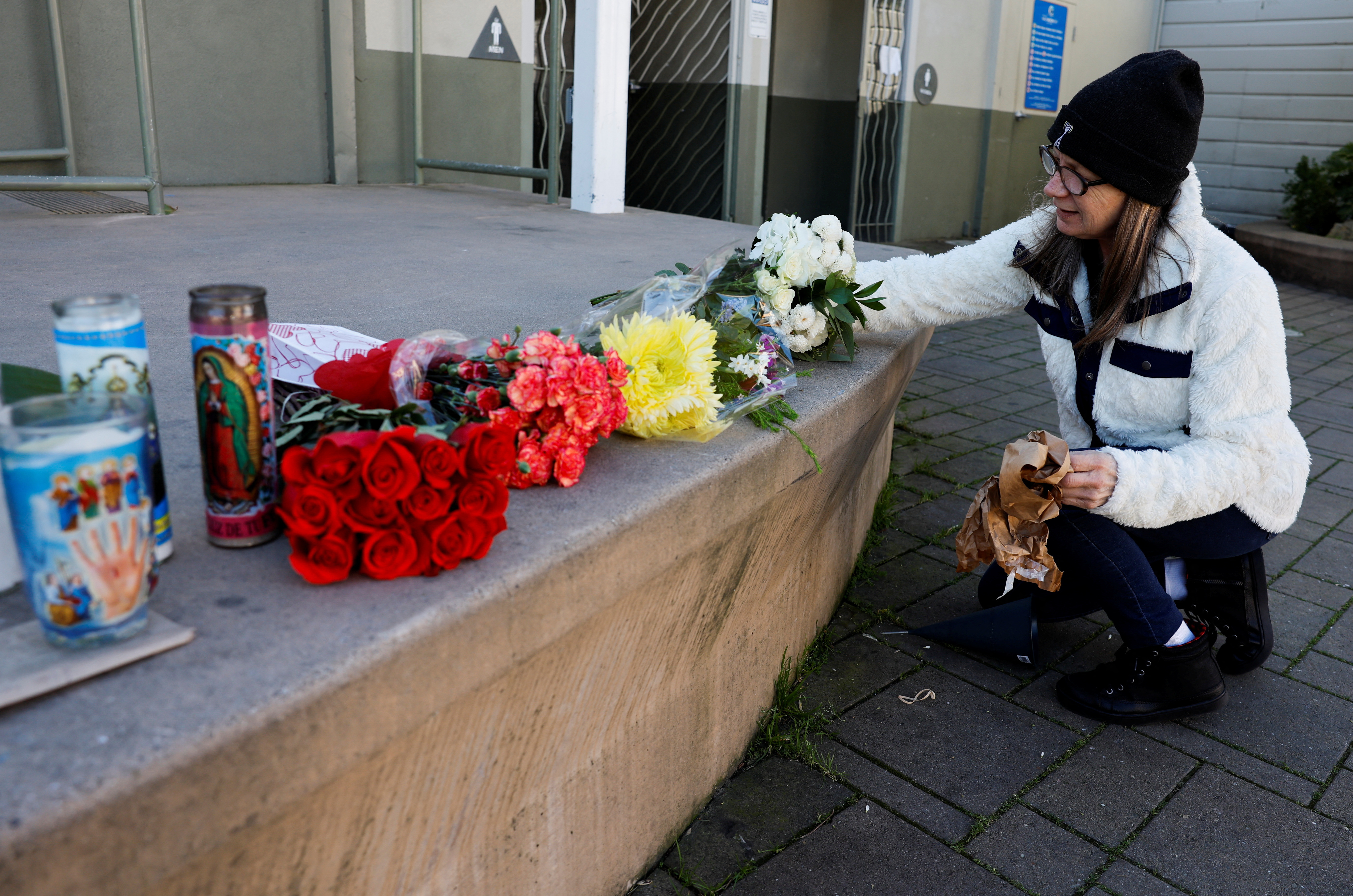 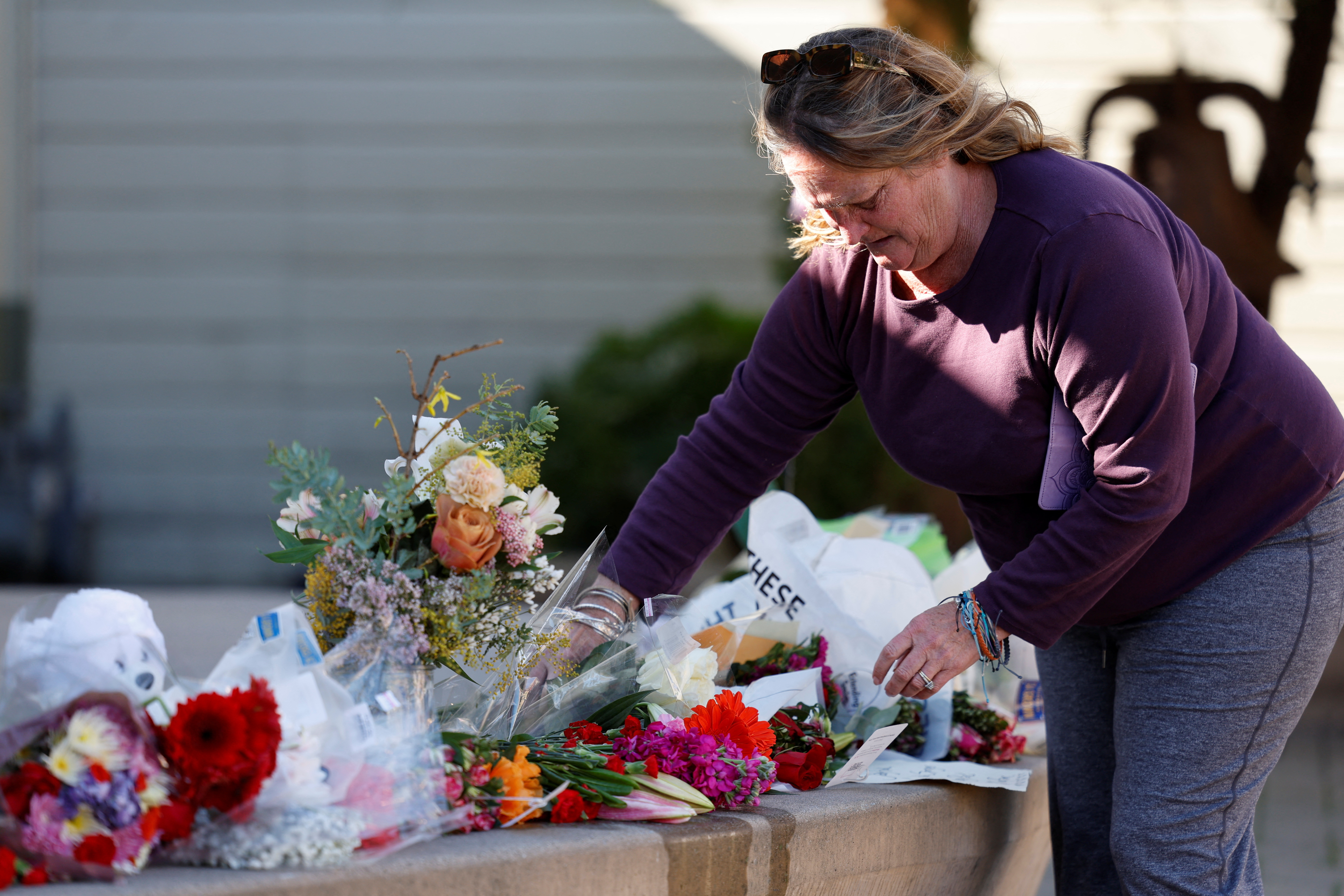 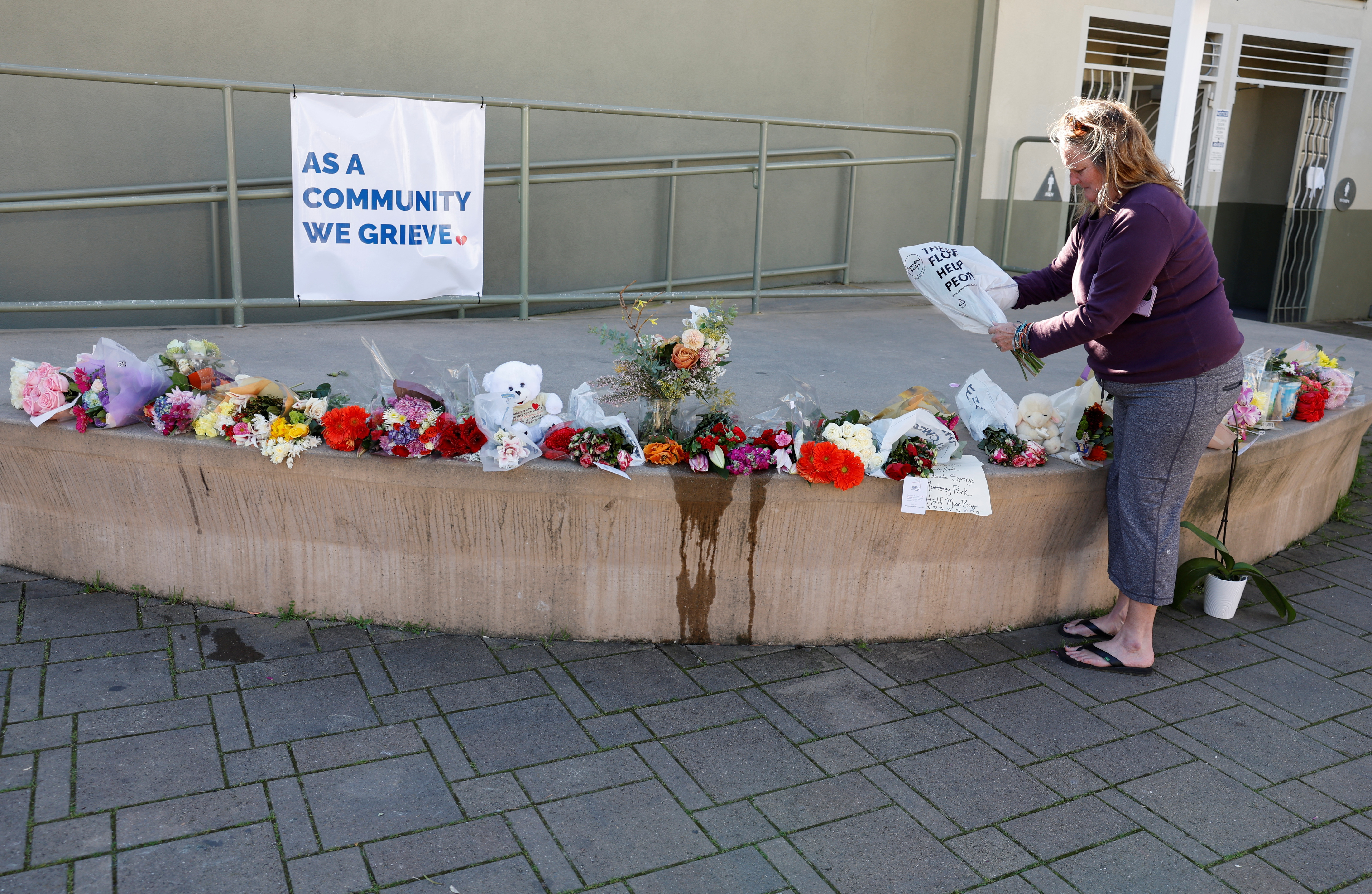