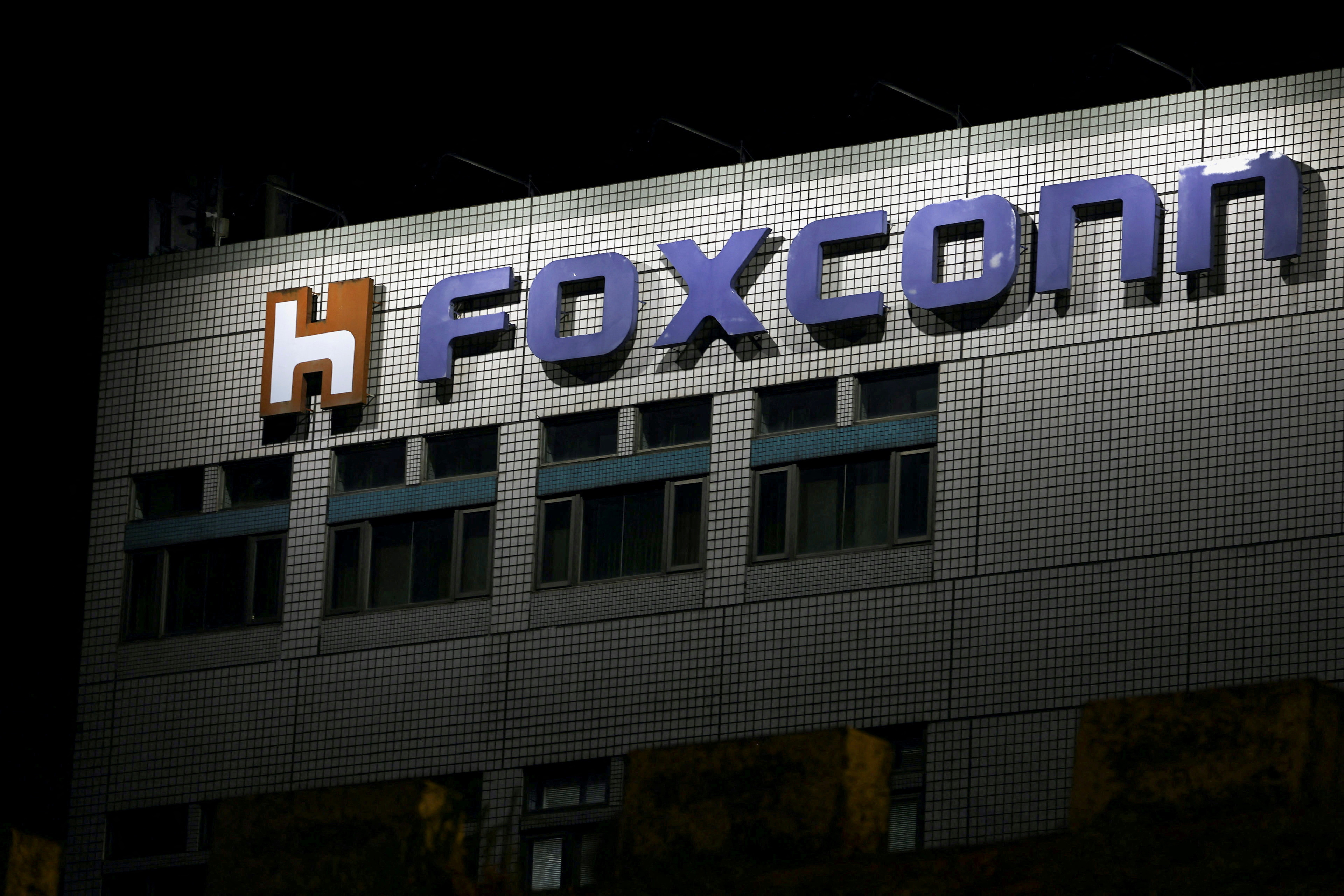 The logo of Foxconn is seen outside the company’s building in Taipei, Taiwan November 10, 2022. REUTERS/Ann Wang

Hundreds of workers protested at the campus, home to the world’s largest iPhone factory, where many chanted “give us our pay”. They were surrounded by people in full hazmat suits, some carrying batons.

The images, which could not immediately be verified by Reuters, come after weeks of turmoil which have seen scores of employees flee the factory over COVID-19 controls.

Many former workers have spoken of food shortages and rigid quarantine rules, and Foxconn has had to offer incentives including bonuses to retain or lure workers. read more

Multiple people said on the livestream feeds they were protesting after being informed this week that they would receive their bonuses later than initially promised.

“Foxconn never treats humans as humans,” said one person in social media footage of the scenes.

Two sources with knowledge of the matter said there were protests at the Zhengzhou campus but declined to provide more details.

Foxconn and Apple did not immediately respond to a request for comment.

As of 0515 GMT, most of the footage had been taken down. Kuaishou did not respond to a request for comment.

Some videos showed people pulling down barriers set up to quarantine areas as part of China’s zero-COVID policy, or arguing with the hazmat-suited personnel.

Other videos showed workers complaining about the food they had been provided with while in quarantine or complaining that there were inadequate curbs in place to contain an outbreak.

Foxconn has maintained so-called closed-loop operations at the plant – a system in which staff live and work on-site isolated from the wider world – due to COVID outbreaks in Zhengzhou.

The curbs and discontent have hit production, prompting Apple to say earlier this month that it expected lower shipments of premium iPhone 14 models.

Foxconn, formally Hon Hai Precision Industry Co Ltd, is Apple’s biggest iPhone maker, accounting for 70% of iPhone shipments globally. It makes most of the phones at the Zhengzhou plant where it employs about 200,000 people, though it has other smaller production sites in India and southern China.