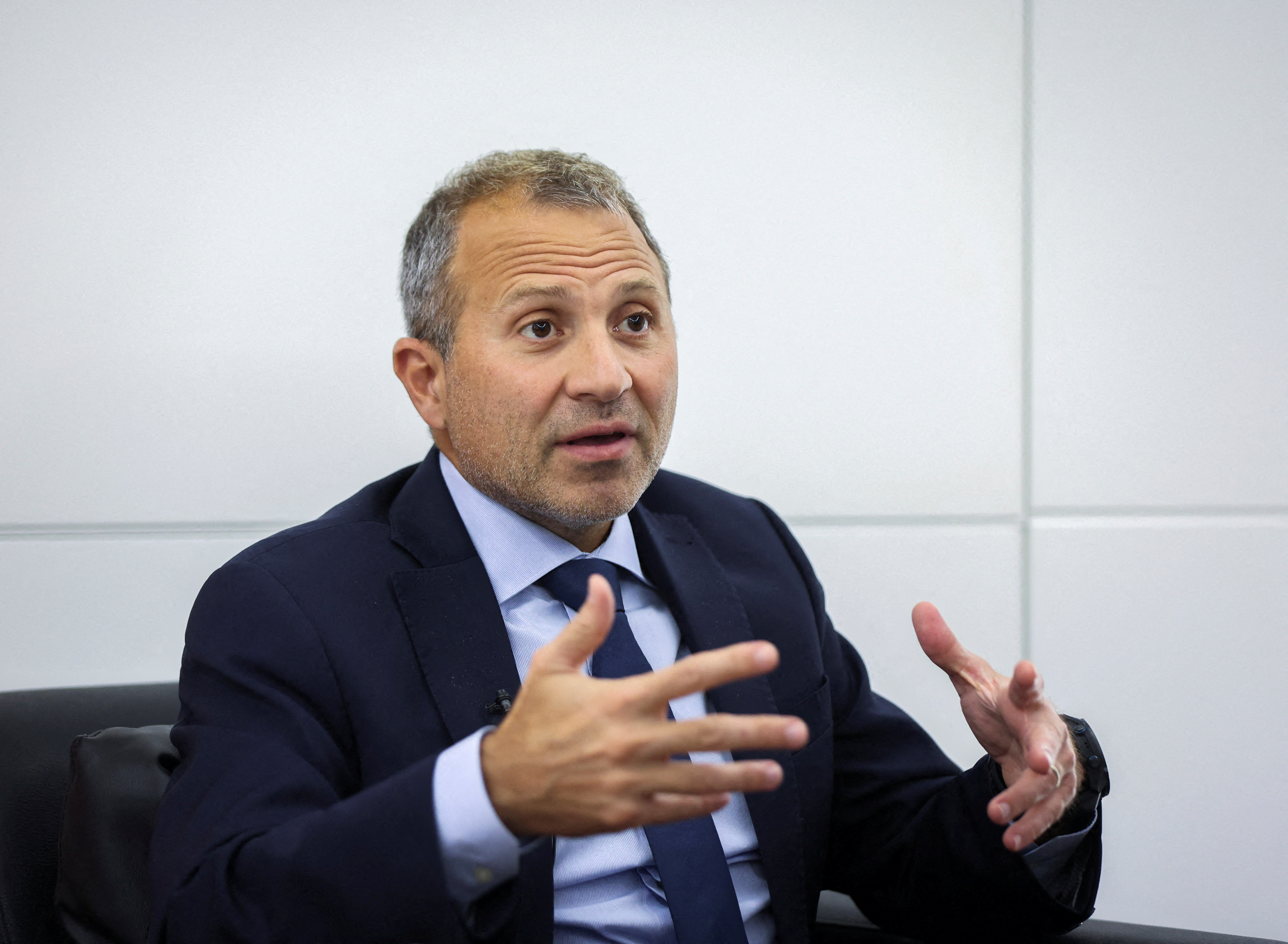 Gebran Bassil, a Christian member of parliament and former minister gestures as he speaks during an interview with Reuters in Sin-el-fil, Lebanon October 13, 2022. REUTERS/Mohamed Azakir/File Photo

Senior Lebanese politician Gebran Bassil said on Thursday he was working to find a compromise candidate for the presidency who would be able to push through crucial reforms, but that he would run for the post himself if he deemed a chosen candidate a bad option.

Lebanon has had neither a head of state nor a fully empowered Cabinet since Michel Aoun’s term as president ended on Oct. 31 – an unprecedented vacuum even by the standards of a country that has enjoyed little stability since independence.

The vacuum marks a new phase in the crisis that has hit Lebanon since its financial system collapsed in 2019, impoverishing a large swath of people, paralysing banks and fuelling the biggest wave of emigration since the 1975-1990 civil war.

The presidential post is reserved for Christians, but part of the standoff reflects rivalries among the community as well as crucial political and religious balances in the country.

“I am the head of the biggest parliamentarian bloc and it is my total right to be the candidate and promote myself but I see that the existence of Lebanon is much more important than this and it’s now the existence of Lebanon that is at stake,” Bassil, a Maronite Christian, who is one Lebanon’s most influential politicians, told Reuters in an interview.

“I took the decision not to present myself in order to avoid the vacancy and facilitate the process of ensuring a good profile with a high possibility of success. I did not do this to have the vacancy and a bad person to fill the void,” he said.

“I will not accept to have a bad president and in that case of course I would run.”

Bassil is head of the FPM, founded by the outgoing Aoun, his father-in-law, and he was sanctioned by the United States in 2020 for alleged corruption and material support to Hezbollah. He denies the accusations.

With politicians showing no compromise in a tussle over state power, some political sources and analysts say a compromise on the presidency may demand the type of foreign mediation that has saved Lebanon from such standoffs previously.

Bassil said he was in Paris as part of a broader effort to create a framework that could be agreed domestically and internationally that would ease the process for the new president to push through crucial economic reforms without the repeated blockages of the past.

France has spearheaded international efforts to rescue Lebanon from its deepest crisis since the civil war, but to no avail.

Bassil, who won plaudits for playing a behind-the-scenes role in U.S.-brokered talks to delineate Lebanon’s maritime boundary with Israel by liaising with Hezbollah, said he hoped a breakthrough on the presidency could be achieved by the end of the year, but that even that was “dangerous” in terms of delays.

“Frankly, if what we are trying to do does not succeed, I don’t see a chance in the near future and the vacancy may last for a long time,” he said. “That’s why the country can’t take this and live with it so we need to succeed in finding a solution.”