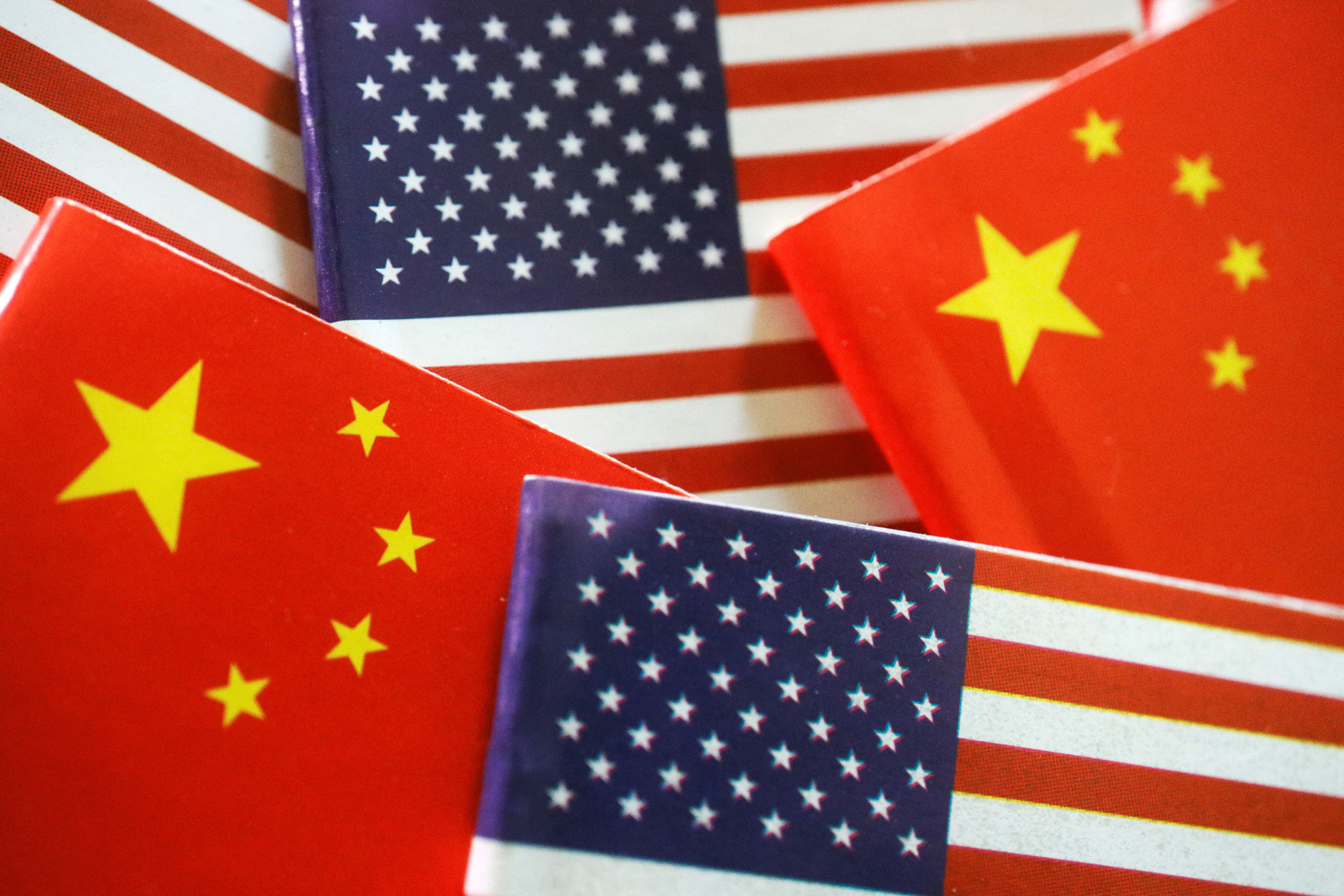 Flags of U.S. and China are seen in this illustration picture taken August 2, 2022. REUTERS/Florence Lo/Illustration

Katherine Swidan, whose son Mark has been imprisoned in China for over 10 years, has not seen even a photograph of him over the last decade. The last time she heard his voice was in 2018.

She and the families of other Americans, who according to the U.S. government are wrongfully held in China, are hoping that the U.S. Secretary of State Antony Blinken can push the Chinese authorities for the release of their loved ones as he visits Beijing next month.

“My message for Blinken is: say their names,” said Katherine Swidan in a phone interview from her home in Luling, Texas. “They’re American citizens. They’ve been wrongfully detained. Enough is enough.”

Mark Swidan, a Texas-based businessman, was convicted by a Chinese court on drug-related charges despite a lack of evidence and in 2019 given a death sentence with reprieve. A United Nations working group has concluded he was arbitrarily detained in violation of international law.

The Biden administration’s recent high-profile prisoner swaps, such as basketball star Brittney Griner’s release from Russia in exchange for a convicted Russian arms dealer, have spurred calls for Washington to do more for U.S. citizens held in China, some of whom have languished for over a decade with little consular contact.

But the detainee issue often gets lost within the wider complexity of the U.S.-China relationship, which in recent years has sunk to its lowest point in decades.

And, unlike Griner, the U.S. citizens held in China are not well known to the American public.

Families of detained Americans say the freedom of their relatives should not be bundled up with challenging policy issues and should instead be addressed in a separate track focused on humanitarian matters.

“This cannot be treated as a long-term policy exercise,” said Harrison Li, the son of Chinese-American Kai Li who has been detained in China since 2016.

“My dad, he is not a complex policy issue. It’s a very clear cut-and-dry issue of an innocent American citizen being used as a pawn by the Chinese government to extract something,” Li said.

A Chinese court handed his father a 10-year jail sentence in 2018 for espionage. Kai Li denies the charges.

There have been talks in recent months, Li said, between Washington and Beijing over the Americans detained in China but they did not go anywhere. “And that’s why it’s so important for Secretary Blinken to use his upcoming trip next month to keep this issue in the spotlight and keep the negotiations going.”

Senior Biden administration officials, including Assistant Secretary of State Daniel Kritenbrink during a December visit to China, have told Chinese counterparts that securing the release of U.S. citizens who are wrongfully detained or subject to exit bans in China is a personal priority for the U.S. president.

While President Joe Biden raised the issue when he met Chinese President Xi Jinping in November, he did not mention the specific names of the detained Americans, according to sources familiar with their talks.

One person familiar with plans for Blinken’s trip to China said the top U.S. diplomat does intend to raise the names of high-profile detainees, including Mark Swidan, Kai Li and David Lin – an American pastor detained in China since 2006 – as well as others during talks.

The State Department declined to offer details of “ongoing diplomatic conversations” when asked about efforts to secure prisoner releases, but a department spokesperson told Reuters that Blinken “is personally focused on and prioritizes bringing home U.S. nationals wrongfully detained” in China.

The United States does not provide an official figure for how many citizens are detained abroad, but The Dui Hua Foundation, a nonprofit that advocates for the release of political prisoners in China, estimates there are more than 200 Americans in China alone who are wrongfully detained or facing coercive measures, such as exit bans.

John Kamm, the chairman of Dui Hua, believes that China could be ready to compromise on detainees for the sake of the overall relationship with the United States.

“The area where China can make concessions to improve the relationship – which is what they say they want to do – is in the area prisoner releases,” Kamm said.

“We have an opportunity. I hope that’s being pushed very, very hard.”