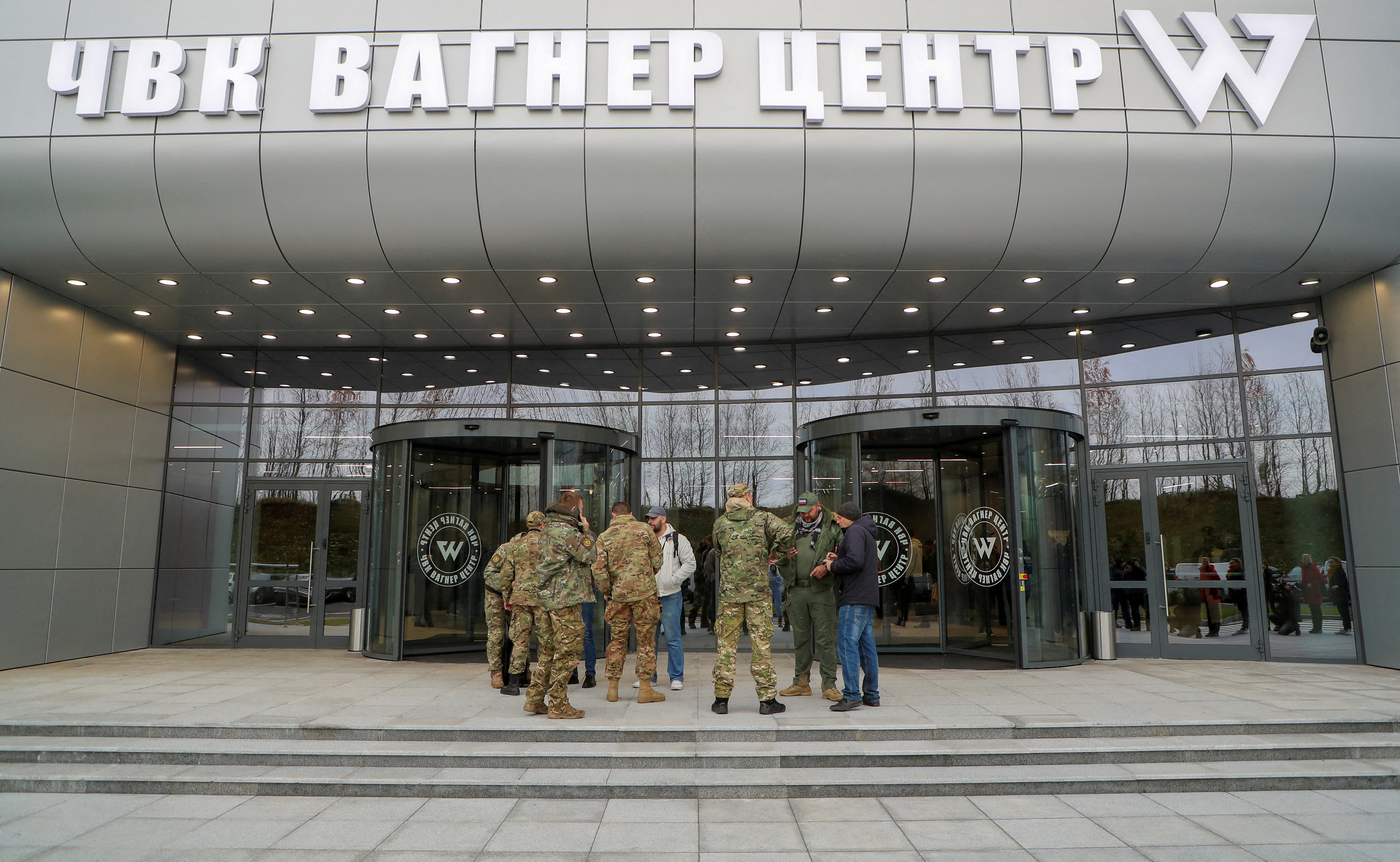 Visitors gather outside PMC Wagner Centre, which is a project implemented by the businessman and founder of the Wagner private military group Yevgeny Prigozhin, during the official opening of the office block in Saint Petersburg, Russia, November 4, 2022. REUTERS/Igor Russak

Russia’s top lawmaker on Wednesday backed a proposal by the founder of the Wagner mercenary group fighting in Ukraine to make it a criminal offence to publicly criticise Wagner fighters or publish negative reports about them.

Yevgeny Prigozhin made the request in a letter to Vyacheslav Volodin, the hawkish chairman of the State Duma, Russia’s lower house of parliament, saying he wanted jail terms of up to five years for anyone who discredited his men.

Volodin on Wednesday ordered subordinates to urgently explore the possibility of amending the criminal code.

The swift and positive response from a close ally of President Vladimir Putin is the latest sign that Prigozhin – a former hot dog seller and convict – is exploiting the battlefield advances of his fighters in Ukraine to expand his own political influence.

In another show of support last week, a senior Russian politician published a picture of himself clutching a sledgehammer given to him by Wagner, a tool the group has adopted as a symbol since one was used to murder a Wagner defector last year.

Prigozhin had asked parliament to criminalise any actions that discredit his fighters – who include convicts recruited on the promise of winning pardons after six months, even if they were originally jailed for life. The United States estimates that Wagner has recruited around 40,000 convicts.

He had also asked for a ban on public disclosure of convict fighters’ criminal pasts, following media reports focusing on how service with Wagner has secured freedom for murderers.

A statement from parliament issued in response to Prigozhin’s letter said that “all those who defend our country – soldiers, volunteers, mobilised men, and members of the PMC (private military company) Wagner – are heroes”, and that they deserved respect.

Actions considered to be discrediting the regular armed forces are already punishable by up to five years in jail, while knowingly distributing “false information” about them carries a maximum sentence of 15 years.

Volodin is also pushing to amend the criminal code to allow authorities to confiscate the property and assets of Russians living abroad who publicly insult Russia or its armed forces.

The United States on Friday announced new sanctions against Wagner, which it said posed a “transcontinental threat” through a pattern of “serious criminal activity”. Prigozhin responded by asking in an open letter what Wagner was being accused of.