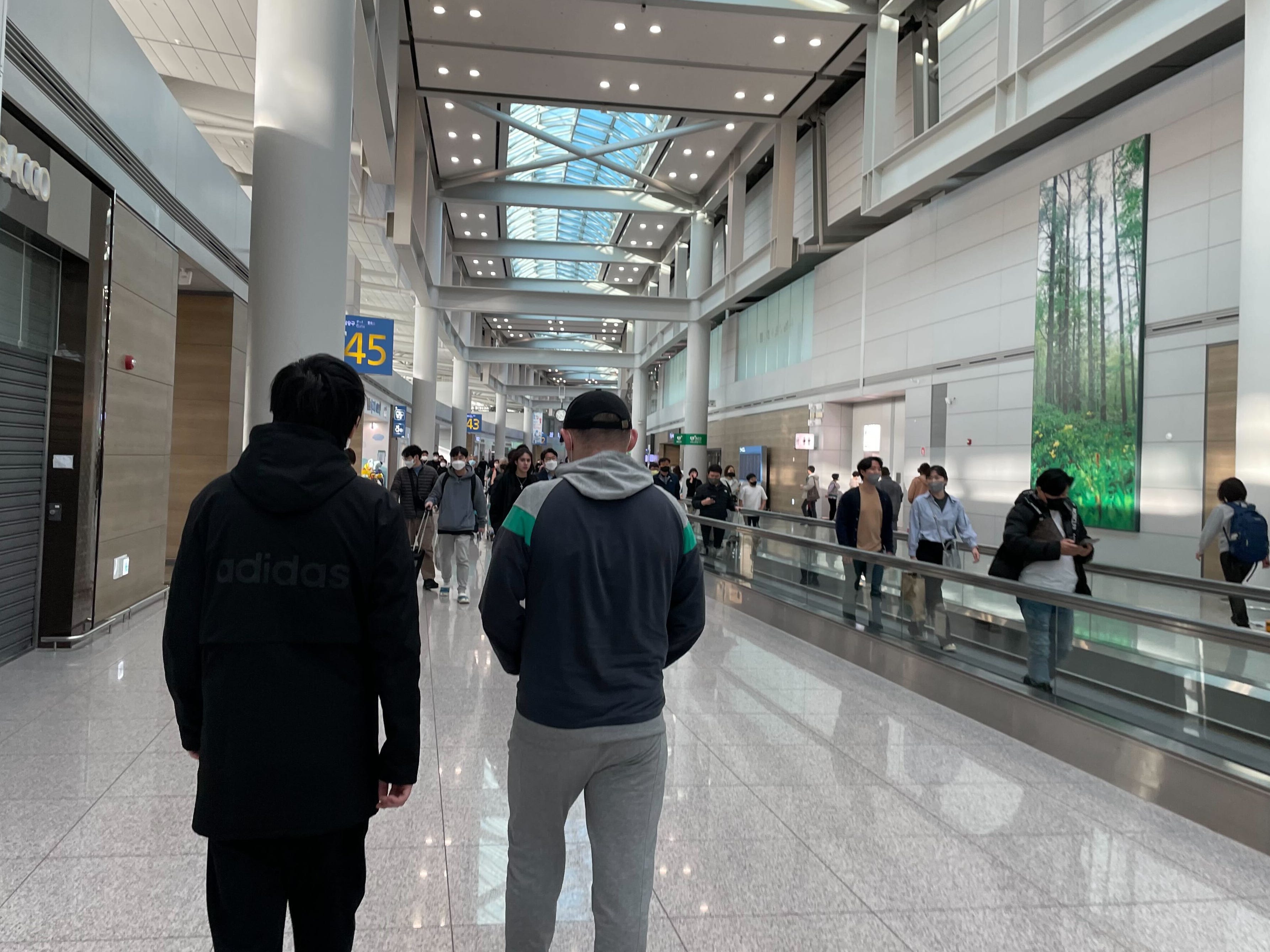 Vladimir Maraktaev, 23, and a 30-year-old man who asked to be identified as Andrey have been living in Incheon Airport for months.

Several Russian men who escaped conscription into the war in Ukraine have been living in Seoul’s Incheon International Airport for months, waiting for the South Korean government to decide their fate.

Vladimir Maraktaev, 23, a university student from the Republic of Buryatia in Siberia, told The Washington Post he was drafted on September 24 and fled the same day.

Though they arrived in Seoul separately, Maraktaev and four other Russians have lived together in Incheon’s Terminal One for weeks. The men told The Post their lives are hanging in the balance: Seoul could still reject their asylum appeal. Three of the five men will find out on January 31 if their applications are successful.

“I don’t want to hurt people. I don’t want to die myself, as well. But I feel this conflict is extremely political,” Maraktaev told The Post. “It’s an imperialistic war in my opinion, conquering a neighboring brotherly nation.”

Speaking to The Korea Times in January, Maraktaev said he fled Russia by crossing into Mongolia by car. He flew from Ulaanbaatar to Manila first, where he stayed for several weeks. Maraktaev then managed to get a flight to South Korea, and he finally landed in Incheon on November 12.

However, Maraktaev — like the other Russians The Post spoke to — were denied entry into Korea and not allowed to leave the airport. They remain stranded in the terminal, washing their clothes in a bathroom sink.

According to The Post, the Russians are being held in a room in the airport’s departure lounge. They are given three meals daily: a pastry and orange juice for both breakfast and dinner, and a meal of rice and chicken at noon.

South Korea’s refugee laws do not view avoiding the military draft as a valid reason to seek asylum, Lee Jong-chan, the Russian men’s lawyer, told The Post. This has complicated their journey into the country, and they might be deported and repatriated to Russia.

South Korea has a low acceptance rate for refugees. In 2021, only 1% of asylum seekers were accepted, per Statista. The pandemic years of 2019 and 2020 saw 0.4% of refugees accepted per year. According to the United Nations High Commissioner for Refugees, most of the refugees given a humanitarian visa in South Korea are from Syria and Yemen.

“If you look at how they interview the asylum seekers, it seems like the officials focus on screening them out,” Kim Yeon-joo, a lawyer at Seoul-based refugee center Nancen, told The Korea Times. “In most cases, the applicants are deprived of opportunities to seek legal aid and are left on their own to prove the persecutions they would potentially face back in their home countries.”

Russian President Vladimir Putin on September 21 announced a partial military mobilization, drafting 300,000 Russian reservists to fight in Ukraine. The Associated Press reported in September that more than 194,000 Russian nationals fled to neighboring countries the week the draft was announced.

In November, US Army General Mark Milley estimated that 100,000 Russian soldiers had been killed or wounded since the start of the war on February 24. The war has now stretched into its eleventh month.

Maraktaev did not immediately respond to Insider’s request for comment.