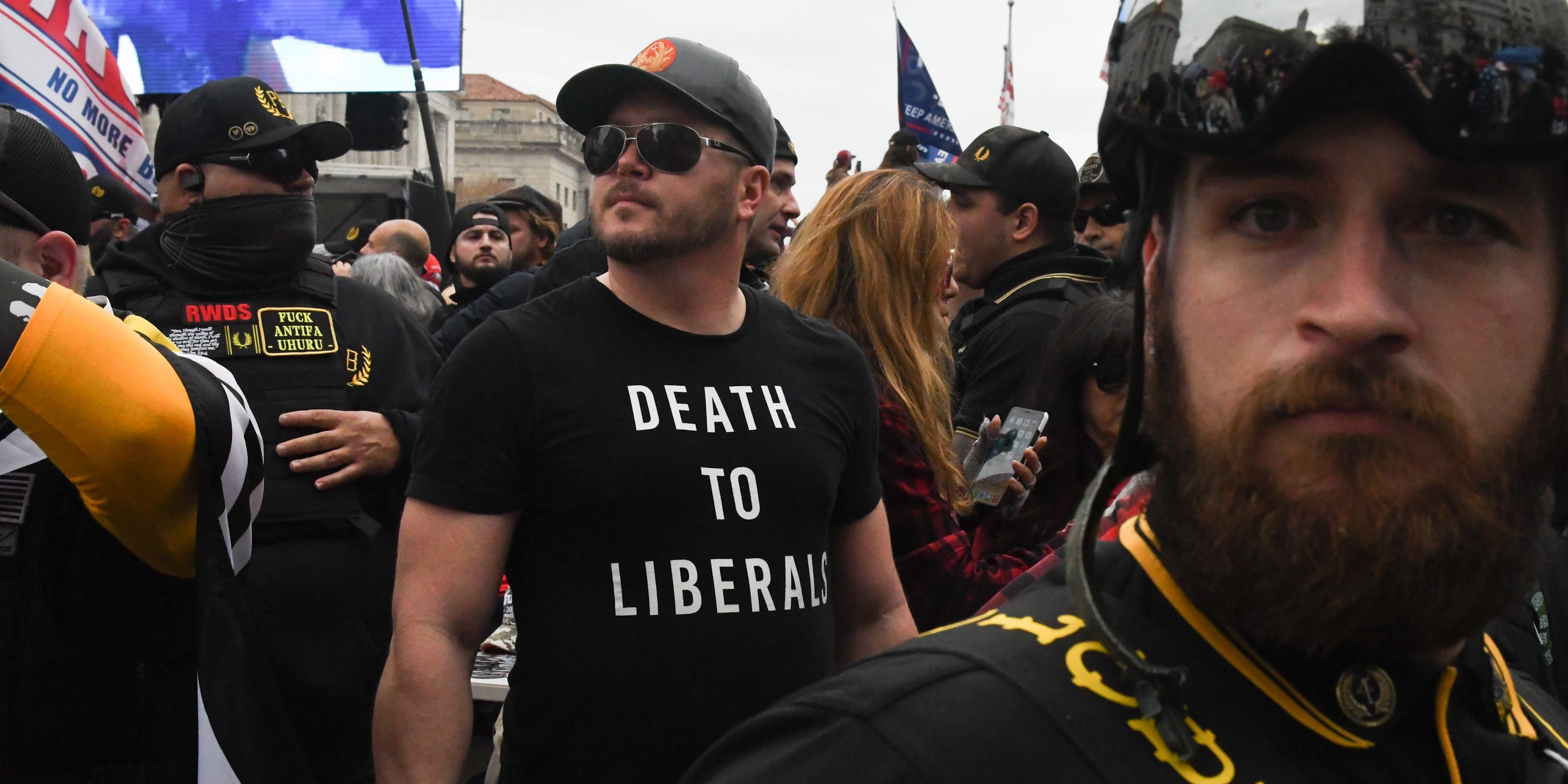 A member of the Proud Boys wearing a t-shirt that reads “death to liberals” stands with other Proud Boys in Freedom Plaza during a protest on December 12, 2020 in Washington, DC.

Federal prosecutors are seeking to introduce the document as evidence in the ongoing seditious conspiracy trial involving five Proud Boys, including former leader Enrique Tarrio, accused of taking part in the January 6 insurrection. All have pleaded not guilty. The manual was seized by federal authorities two years ago and recently made public, according to new court papers released as part of the US District Court trial in Washington, DC.

“A Proud Boy may not ejaculate alone more often than once every thirty days,” states the group’s “initiation ceremony manual,” the document reads.

“That means he must abstain from pornography during that time and if he needs to ejaculate it must be within one yard of a woman with her consent. The woman may not be a prostitute.”

An excerpt from a Proud Boys defense motion filed January 23, 2023 in US District Court in Washington, DC.

McInnes cut ties with the group in 2018 after several members were arrested for assaulting anti-fascists outside of a talk he gave in Manhattan honoring a far-right Japanese assassin.

“The document is riddled with politically incorrect remarks and assertions which would cause most or many Americans to recoil in anger, hatred, and disgust,” states the defense motion filed in federal court on Monday.

Have a news tip? Email this reporter: cdavis@insider.com