Pope Francis went back to his roots on Saturday, visiting the northern area of Italy his ancestors left for Argentina and dropping in on an older cousin to celebrate her 90th birthday.

The future pope was born Jorge Bergoglio in Buenos Aires in 1936 and his paternal grandmother Rosa taught him to speak the dialect of the northern Italian Piedmont region.

Francis’ first day of the weekend visit to the area was strictly private. He had lunch with relatives in the simple home of Carla Rabezzana, a second cousin who recently turned 90.

“I still call him Giorgio,” she told local media before the visit.

A picture released by Vatican Media showed the two laughing heartily, both sitting at a table with the region’s traditional bulging, irregular-shaped bread sticks by the plates.

Francis later dropped in another cousin’s house and also visited a home for the elderly.

On Sunday, he is due to celebrate a public Mass in the provincial capital, Asti. 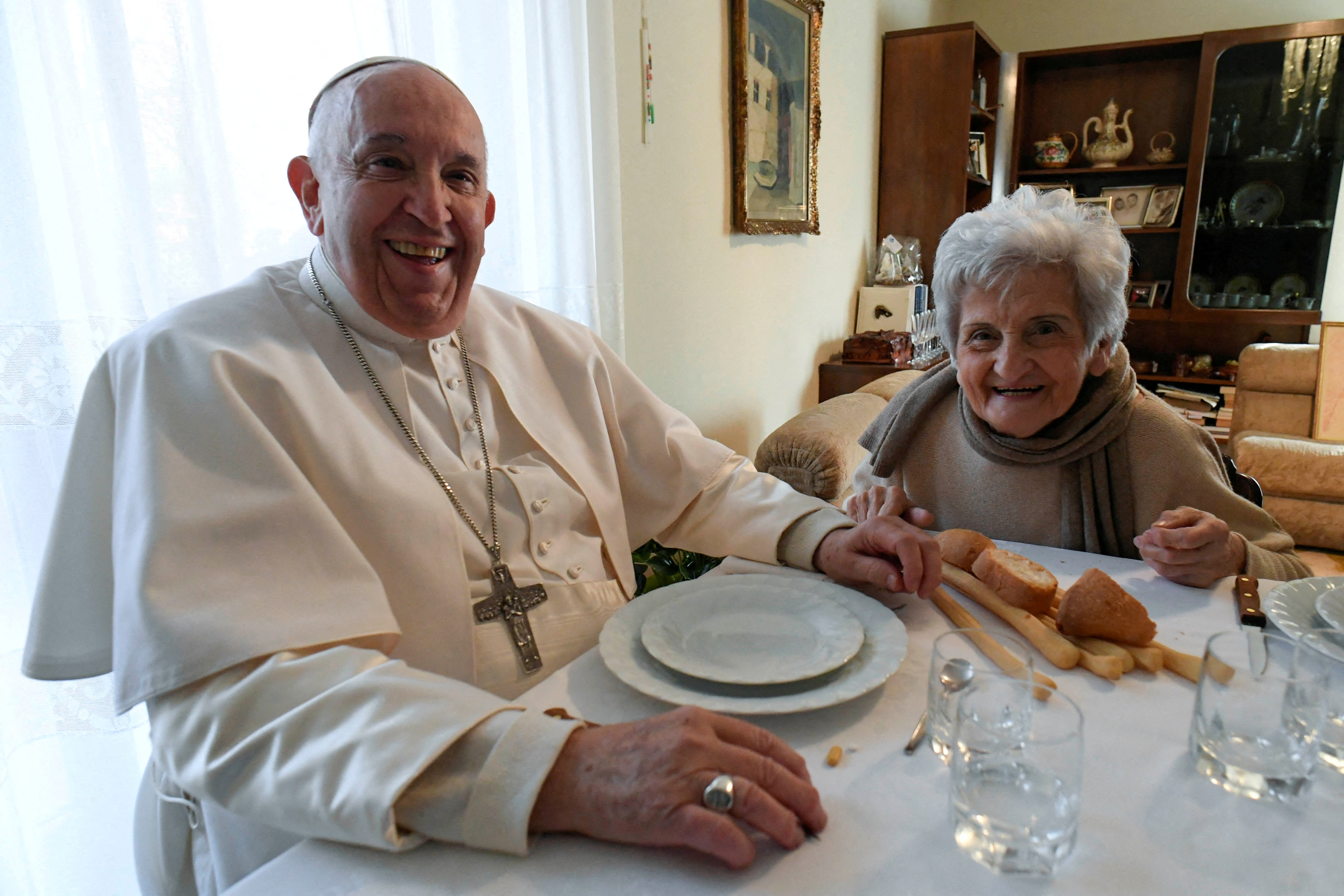 Pope Francis meets with his cousin Carla Rebezzana, as she celebrates her 90th birthday, in Portacomaro, Italy, November 19, 2022. Vatican Media/Handout via REUTERS 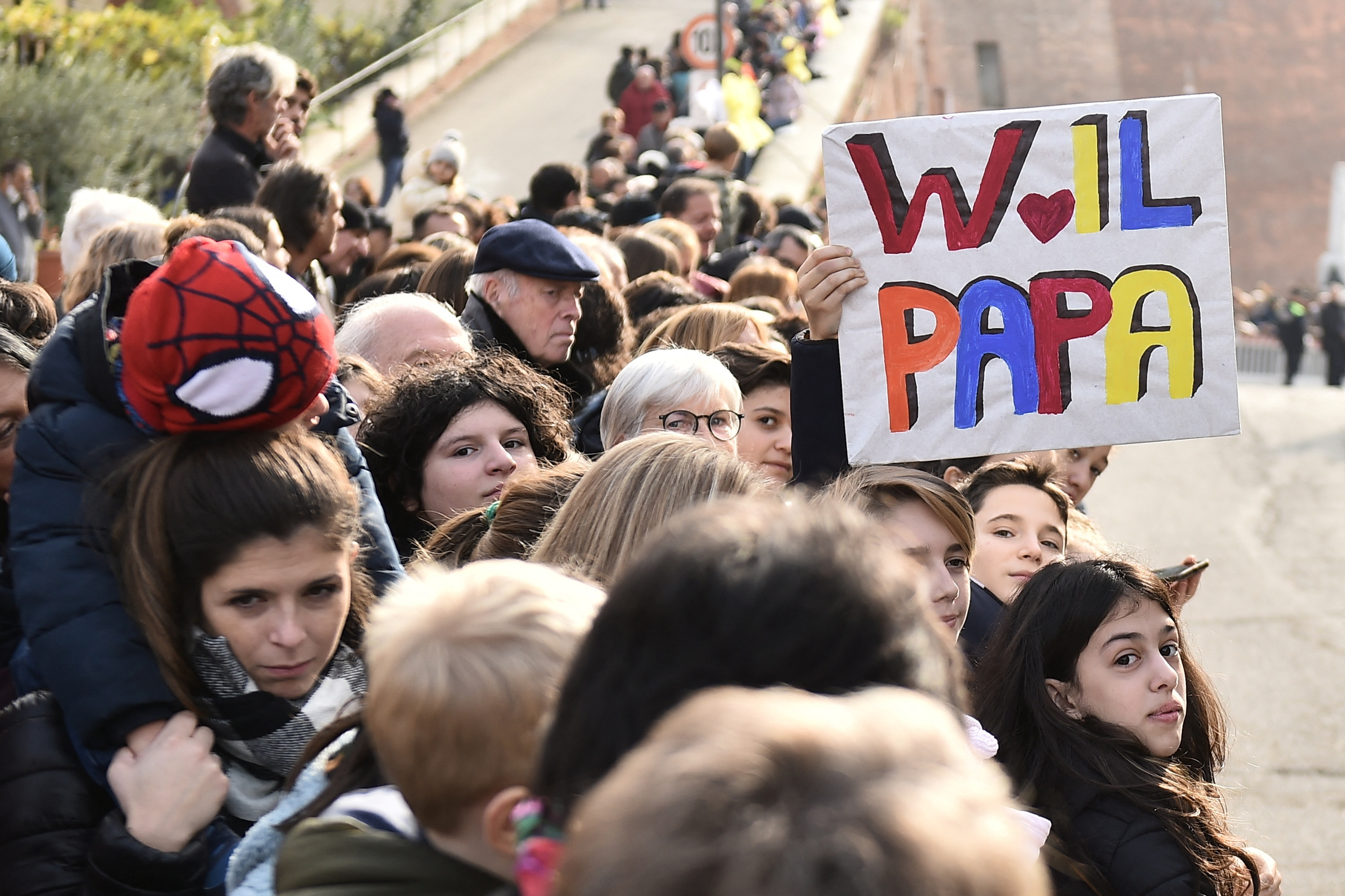 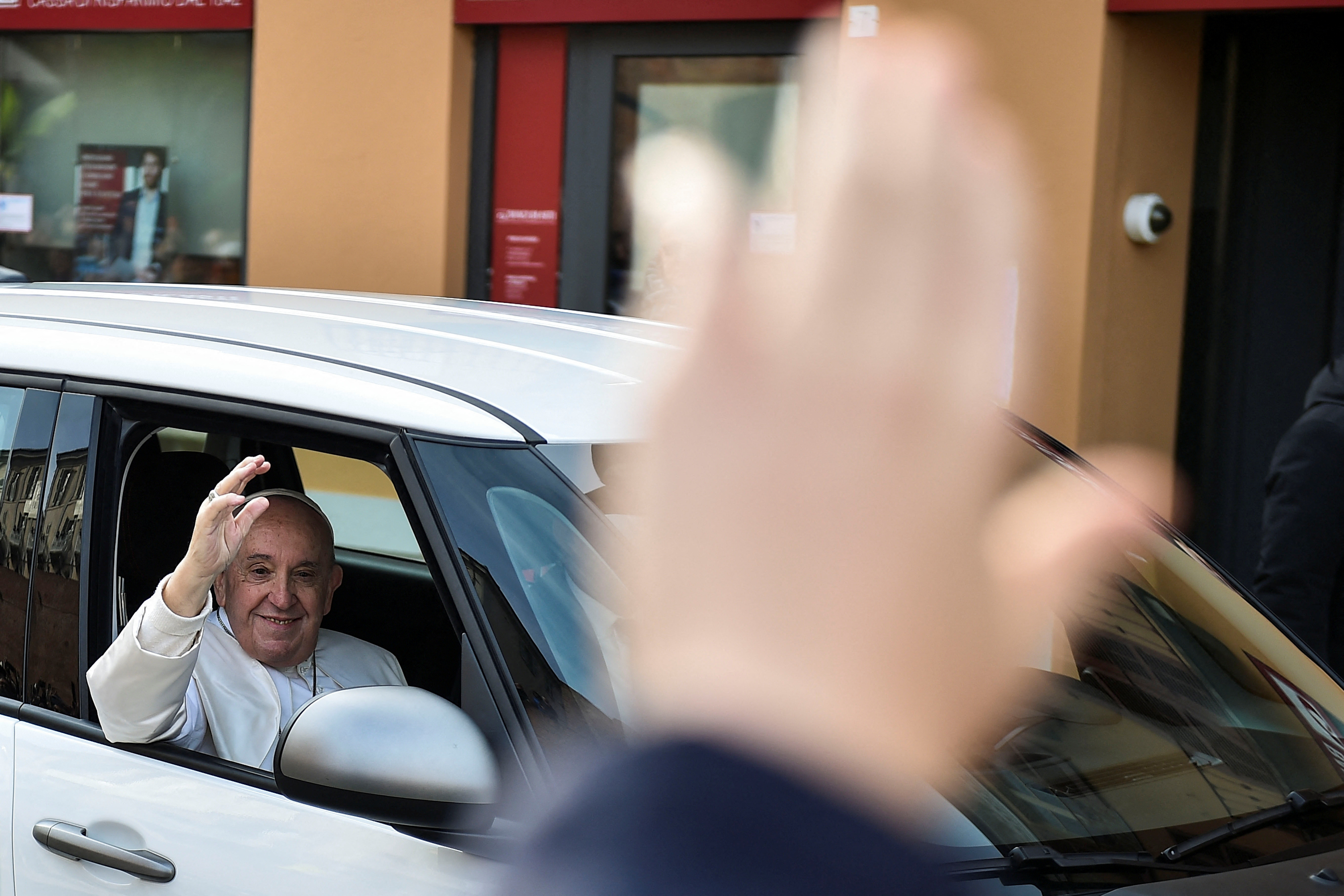 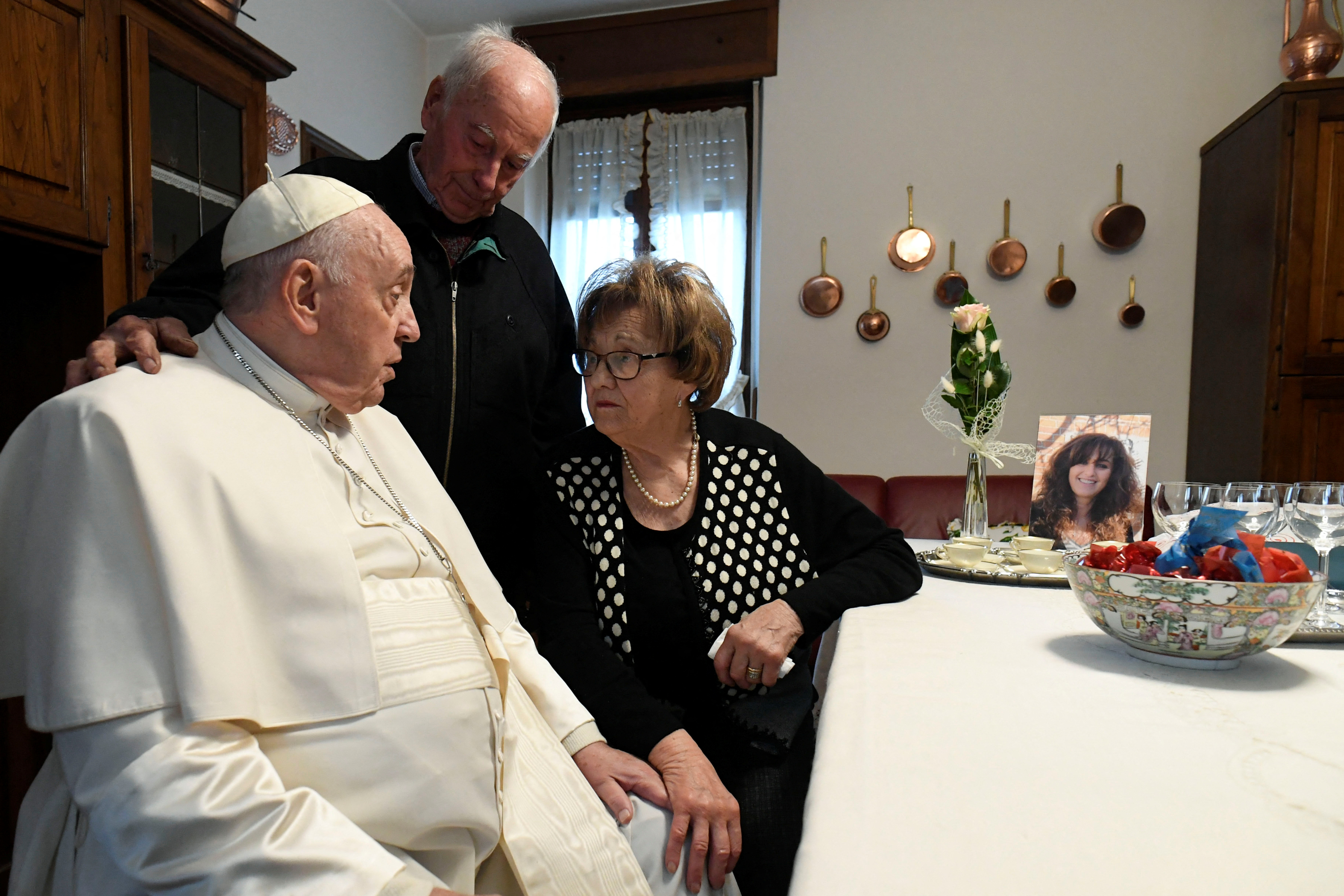