New York’s chief financial regulator is set to release new guidance on Monday dictating that companies separate customers’ crypto assets from their own, after alleged co-mingling of funds at collapsed crypto exchange FTX and its affiliated trading firm Alameda Research led to hefty losses for clients.

The New York State Department of Financial Services (NYDFS), which leads one of the few state agencies with a regulatory system in place for cryptocurrency companies, will also stipulate that state-regulated companies disclose to customers how they account for clients’ digital currency.

The guidance is the latest in a series of crypto-related directives NYDFS has issued in the past year, which saw a market collapse that wiped about $1.3 trillion off the value of crypto tokens in 2022. The meltdown triggered the bankruptcies of crypto firms such as FTX, Celsius Network and most recently, Genesis Global Capital, whose lending unit filed for U.S. bankruptcy protection on Thursday.

It comes as federal regulators such as the U.S. Commodity Futures Trading Commission (CFTC) are warning about the lack of consumer protections in the crypto sector. Federal agencies like the CFTC say much of what they can do is limited without congressional legislation that would give them additional authority.

“It’s timely, but truth be told, it was something we had on our policy roadmap even before FTX,” said Adrienne Harris, the superintendent of NYDFS, in an interview.

Federal prosecutors in Manhattan have accused FTX founder Sam Bankman-Fried of stealing billions of dollars in customer funds to plug losses at his hedge fund, Alameda Research. Concerns about the crossover between the two firms helped fuel a flurry of customer withdrawals in November, forcing the exchange to file for bankruptcy. Bankman-Fried has denied any criminal wrongdoing and has pleaded not guilty.

Harris, who was confirmed as superintendent last year and is a former senior advisor at the U.S. Treasury Department, has spent much of her first year in the role bolstering her agency’s crypto focus. She says the virtual currency unit at NYDFS has almost 50 employees, and is working on hiring more.

New York requires firms to undergo examinations making sure they are in-line with state requirements and comply with know-your-customer, anti-money laundering and capital requirements. Most other states do not subject crypto firms to examinations.

“While I would never be foolhardy enough to say that no New Yorker will be harmed in all of this, I think it’s very fair to say that New Yorkers are better off than anybody else in the country because of the framework we have,” Harris said.

Nevertheless, the crypto meltdowns of the past year have still touched the state’s residents.

James said Mashinsky’s alleged fraud ran from 2018 to June 2022, when deposits were frozen, with more than 26,000 New Yorkers among his victims. A lawyer for Mashinsky has denied the allegations. NYDFS declined to comment on the Celsius lawsuit.

Crypto exchange Gemini, which has a limited purpose trust charter in New York and is permitted to serve New York residents, had partnered with now-bankrupt Genesis Global Capital to offer a crypto yield product, and locked customers from accessing those accounts when Genesis suspended customer withdrawals in November. Gemini says it is owed $900 million from Genesis.

Harris says she recognizes there is more her office can do, and says her agency is working on additional guidance on stablecoins, advertising and disclosures in crypto and consumer protection.

Crypto firms’ compliance with anti-money laundering rules has also been “a big issue,” she said, one she expects her office will continue focusing on in 2023.

Earlier in the month, NYDFS announced a $100 million settlement with Coinbase Inc (COIN.O) over the firm’s compliance with rules to prevent money laundering. That followed a $30 million fine the department imposed on the crypto arm of Robinhood Markets Inc (HOOD.O) for alleged violations of anti-money laundering, cybersecurity and consumer protection rules.

“We’ve really been working hard, not just through enforcement, but through examination, and just in our conversations with industry to say this is a non-negotiable,” said Harris. 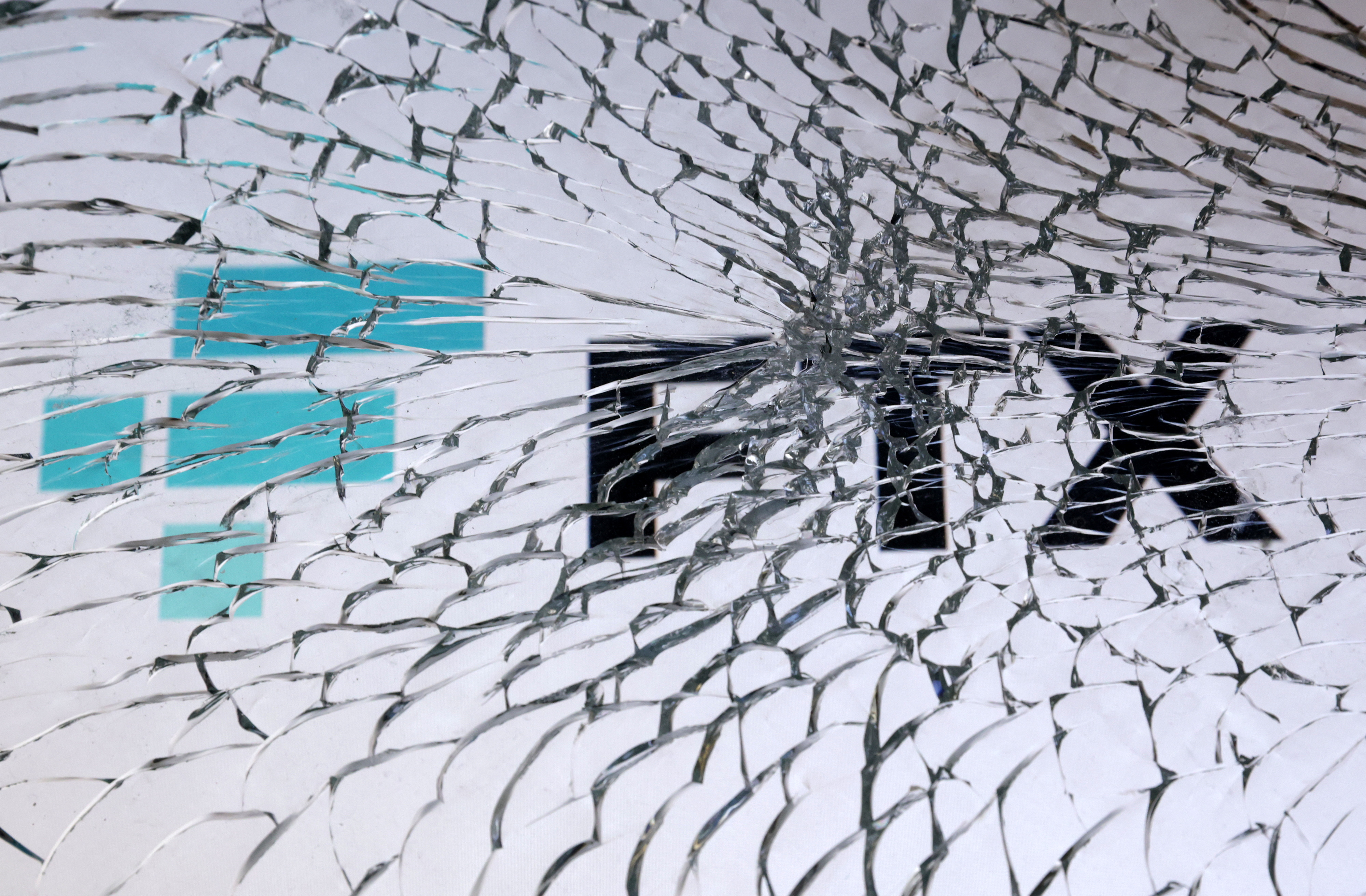 An FTX logo is seen through broken glass in this illustration taken, December 13, 2022 REUTERS/Dado Ruvic/Illustration 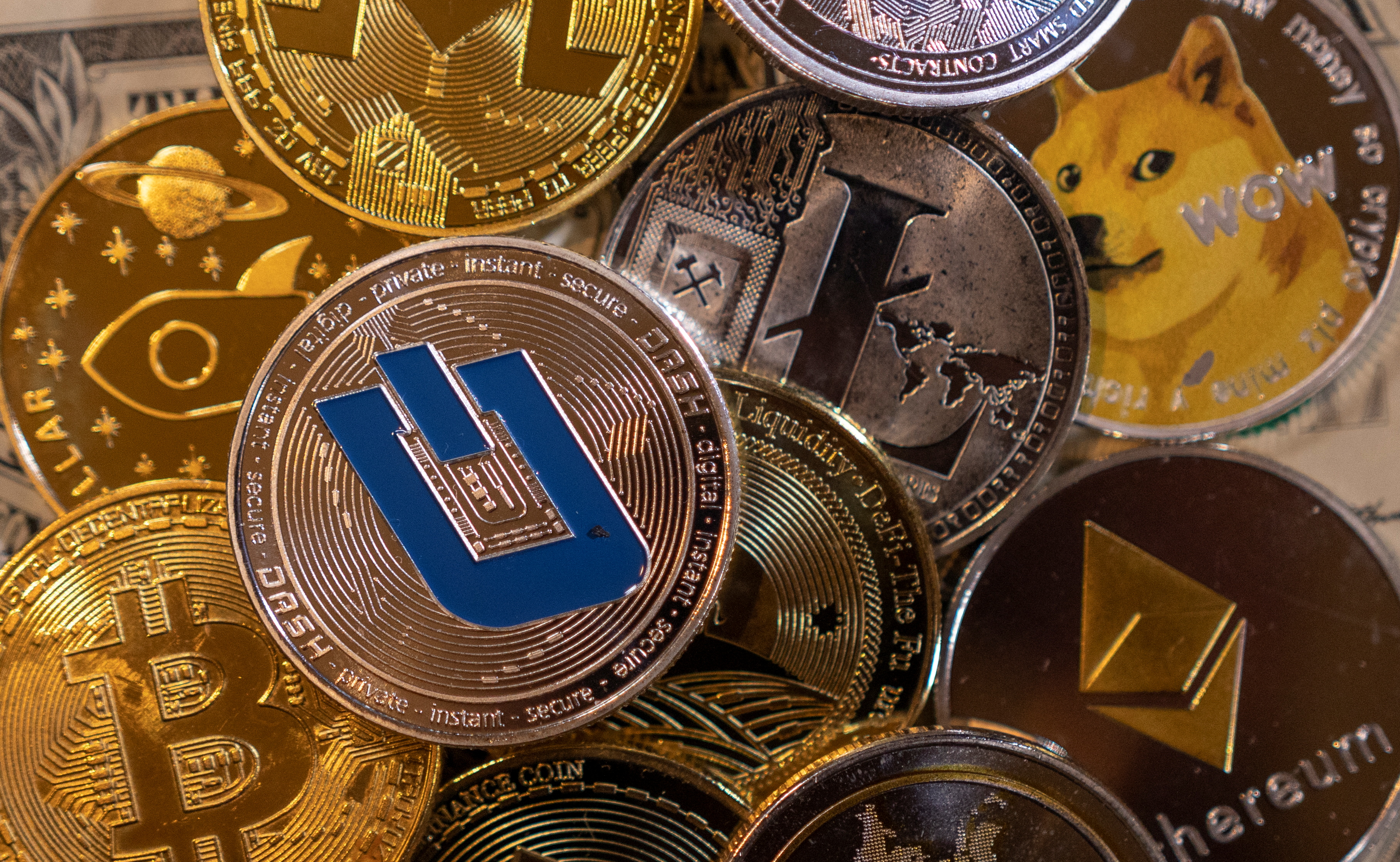 Representations of virtual cryptocurrencies are seen in this illustration taken November 28, 2021. REUTERS/Dado Ruvic/Illustration