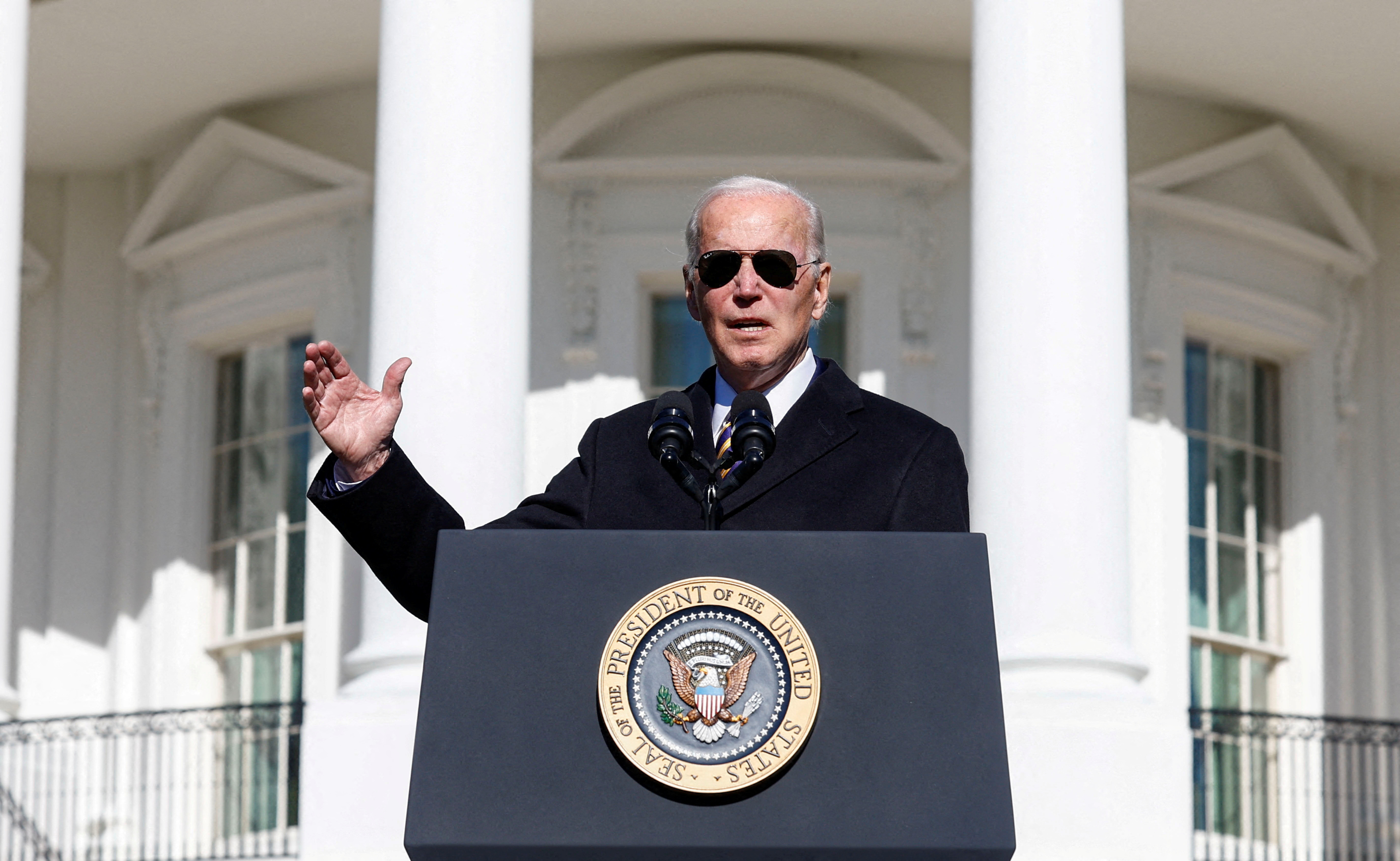 U.S. President Joe Biden speaks during the annual ceremony to pardon Chocolate and Chip, the National Thanksgiving Turkeys, on the South Lawn of the White House in Washington, U.S., November 21, 2022. REUTERS/Evelyn Hockstein/File Photo

The rule will make it easier for retirement plans to invest in socially responsible funds and companies, though it requires investment decisions to be based on traditional financial factors. The rule, which the department said covers plans that collectively invest $12 trillion, takes effect 60 days after it is formally published, which could be as soon as this week.

Biden’s administration rescinded regulations adopted in 2020 under Trump, a Republican, that allowed retirement plans to consider only financial factors and not social responsibility in making investment decisions and exercising shareholder rights.

The Labor Department said the Trump-era rules, which had been criticized by business groups and the financial industry, failed to account for the positive impact that ESG considerations can have on long-term investment returns.

Lisa Gomez, who heads the Labor Department office that issued the rule, said in a statement that the new policy would remove needless barriers to investing based on ESG principles and end “the chilling effect created by the prior administration.”

The rule also makes clear that plans are not required to consider any specific factors in selecting investments, clearing up confusion created by last year’s proposal, according to Andy Banducci, senior vice president at the ERISA Industry Committee, which represents employee benefit plans.

Some Republican lawmakers on Thursday defended the Trump-era policy, saying it was necessary in order to discourage retirement plans from putting social and political objectives ahead of financial returns.

“The Biden administration’s new rule jeopardizes the financial security of many retirement savers, especially workers and retirees who may be put into ESG investments by default,” Republicans members of the House of Representatives labor committee said in a statement.

Companies have faced increasing pressure from shareholders to address ESG issues that could pose threats to their stock value, such as carbon emissions and workplace diversity.

Funds adhering to ESG principles oversee an estimated $6.5 trillion in assets, though they have experienced an unprecedented drop in investments this year amid the market downturn.