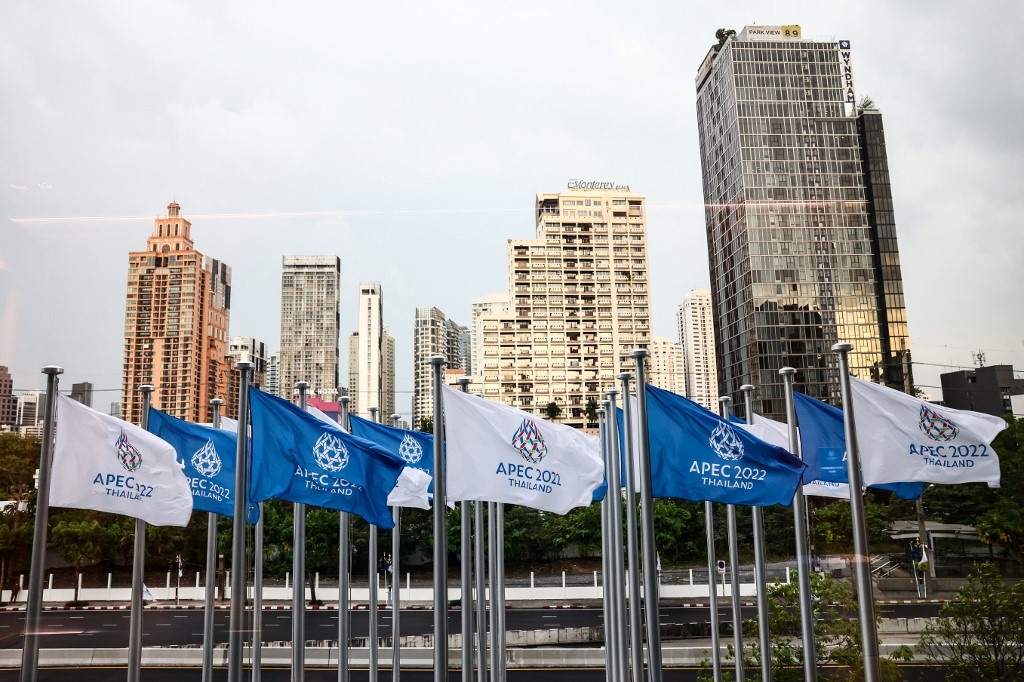 Asia-Pacific leaders added their voices on Saturday to international pressure on Russia over its invasion of Ukraine, issuing a summit statement saying “most” of them condemned the war.

The 21 members of the Asia-Pacific Economic Cooperation forum issued a joint declaration after a day and a half of talks in Bangkok criticising the conflict and the global economic turmoil it has unleashed.

The summit communique was agreed by all APEC members, including Russia and China — which has refrained from public criticism of Moscow for the invasion — but includes a number of diplomatic fudges.

“Most members strongly condemned the war in Ukraine and stressed it is causing immense human suffering and exacerbating existing fragilities in the global economy,” it said.

“There were other views and different assessments of the situation and sanctions.”

Apart from substituting the name of the organisation, the statement was word-for-word the same as a G20 declaration issued Wednesday after a summit in Indonesia and reportedly the fruit of intense diplomatic haggling.

The APEC statement highlighted the “immense human suffering” caused by the war, lamenting its impact on economic growth, inflation, supply chains and energy and food security.

Thai Prime Minister Prayut Chan-O-Cha, the summit host, hailed a “successful” conclusion to the gathering before handing duties over to next year’s chair, the United States.

Washington and its allies used the G20 summit to broaden the coalition against President Vladimir Putin’s invasion and scotch Kremlin claims of a war of East against West.

With his war effort floundering in the face of Ukrainian resistance backed by Western support, Putin refused to attend either the G20 or the APEC summits, sending his foreign minister to Bali and a deputy prime minister to Bangkok.

Putin’s emissary at APEC, Deputy Prime Minister Andrey Belousov said that despite some “quite unfair criticisms” of Russia, even “unfriendly countries” had shown restraint and a constructive approach to tackling common problems.

Moscow unleashed a hail of missile attacks across Ukraine this week after losing the city of Kherson in one of the biggest setbacks suffered by Russian forces since their invasion in February.