–
M.N.: I came to believe that there is the great degree of probability that Sergey Skripal’s arrest and conviction were indeed staged, to provide him with an excellent legend for his penetration and influence activities in the West. All the materials that I saw so far are based on his own recollections and there are no independent eyewitnesses, reliable or not, to confirm these accounts.
The personality or rather ‘the Persona” picture that emerges of Sergei Skripal is the one of the classical Russian Jewish “AFERIST“, “THE CROOK“, the Jungian Trickster-Joker Archetype (the same like Trump’s). He is the true spiritual grandson of Admiral Canaris, minus the Grandy’s intellect.
“The irony is that, as Urban tells it, Skripal was “an unashamed Russian nationalist”, even as he lived out his twilight years in an MI6-purchased semi. He spent much of the day watching Perviy Kanal – Russia’s foremost state propaganda channel – and approved of the country’s land-grab in Crimea.” 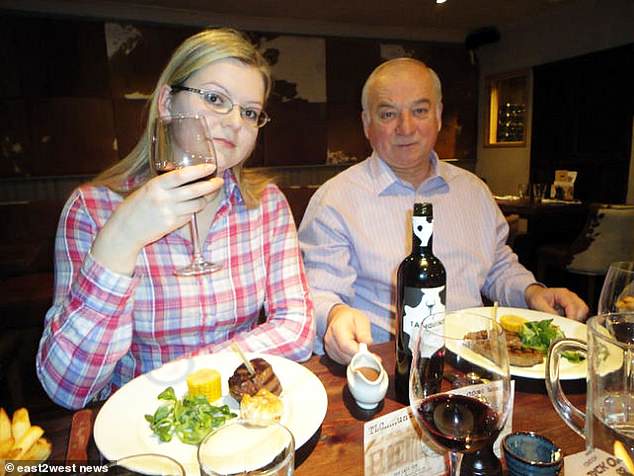 Daughter Yulia with Sergei having a meal in a restaurant in Britain (2016?) M.N.: These “arrestors”, who look very much like the actors, are very careful not to cause him pain, while he looks like he tries to convey the sensations of depression and suffering, but not the real feelings, it seems. The facial muscles are relatively relaxed, and not contracted or tense in emotional, affective grimaces.
The whole scene of his arrest, with the LV bag (“a spy with LV bag”) looks quite suspicious.
I think all this was staged to provide Skripal with the good “legend” for the deep penetration operation in the “Far West”, for which he, Poteyev, and the others in the “Far West” Group were specifically trained.

How Sergei Skripal narrowly avoided execution and was given a new life https://t.co/eQApczmHhu via @MailOnline 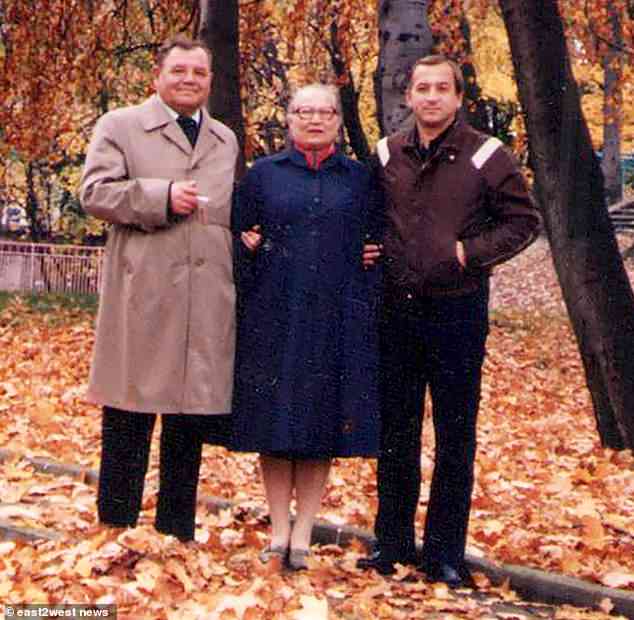 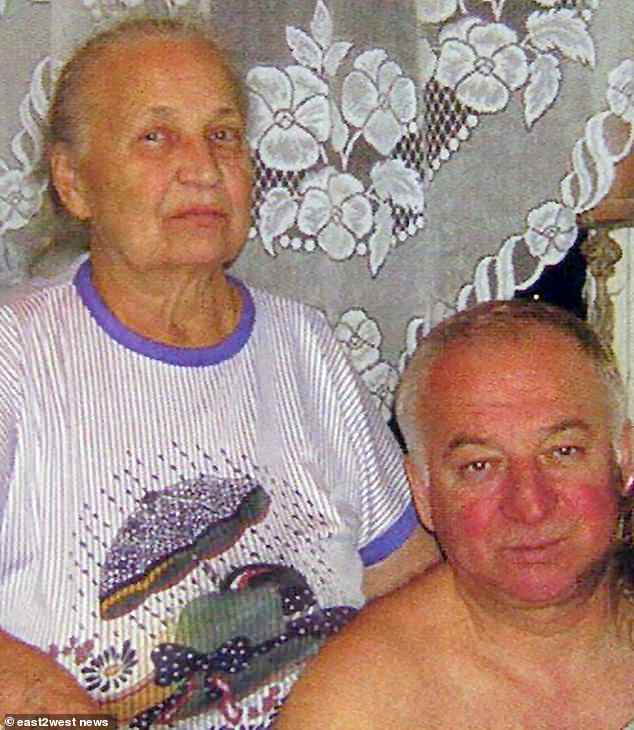 Sergei with mother Yelena at a family gathering in 2004, months before he was arrested
M.N.: His father looks more Ukranian (-Jewish), and his mother more Jewish (-Ukranian).

“On July 4, the phone rang at SVR headquarters. On the line was Leon Panetta, director of the CIA in Washington, wanting to speak to his opposite number, SVR boss Mikhail Fradkov.

He’d got their people, Panetta informed Fradkov. He proposed an exchange. The Russian agreed. It was game on for a spy swap.

The tricky question for the CIA, though, was if they sent the Russian illegals back, who did they want in return?

Two days after Panetta’s call to Fradkov, a guard went into Skripal’s accommodation block in camp IK5. ‘Get all your stuff ready and be at the headquarters block in ten minutes,’ he ordered.

‘What’s happening?’ Skripal asked. ‘Maybe you’re going to another camp,’ the guard suggested. Skripal moved quickly, packing things away and distributing his food, clothes and goodies to his paratrooper friends — his prison ‘family’, as he called them.”

M.N.: Are there any witnesses who were in the prison or the camp with Skripal?

“The FSB caught him passing his intelligence to the infamous MI6 James Bond-style ‘spy rock’ – a fake stone packed with receiving equipment – in a Moscow park.

“Russian secret services exposed the rock in 2006, revealing how agents walked past it transmitting their data to the rock via a hidden hand held device.

One official said after his conviction: ‘His activities caused a significant blow to Russia’s external security.’

Russian loathing for Skripal is highlighted by claims from Russian secret services historian Nikolai Luzan that the double was responsible for disclosing to MI6 the names of around 300 GRU staff members and other ‘agents’ including those working abroad.

Some of these military intelligence assets were ‘secretly arrested’ and others ‘vanished’, said Luzan.

Luzan referred to him Skripal in a 2014 interview as ‘this bastard – I’m not scared to use this word’.

‘Just imagine what muck this man did to other people’ – due to his treachery.

There has been no official confirmation of the 300 figure from the GRU.”

M.N.: Is it not obvious that Skripal used the same type of comminications in Salisbury, and he staged them too, just changed the sides? And at the  end of this phase of his operation, he exposed and “sold” his “communicators”: “Boshirov, Petrov, and Fedotov”.
Michael Novakhov
10.16.18