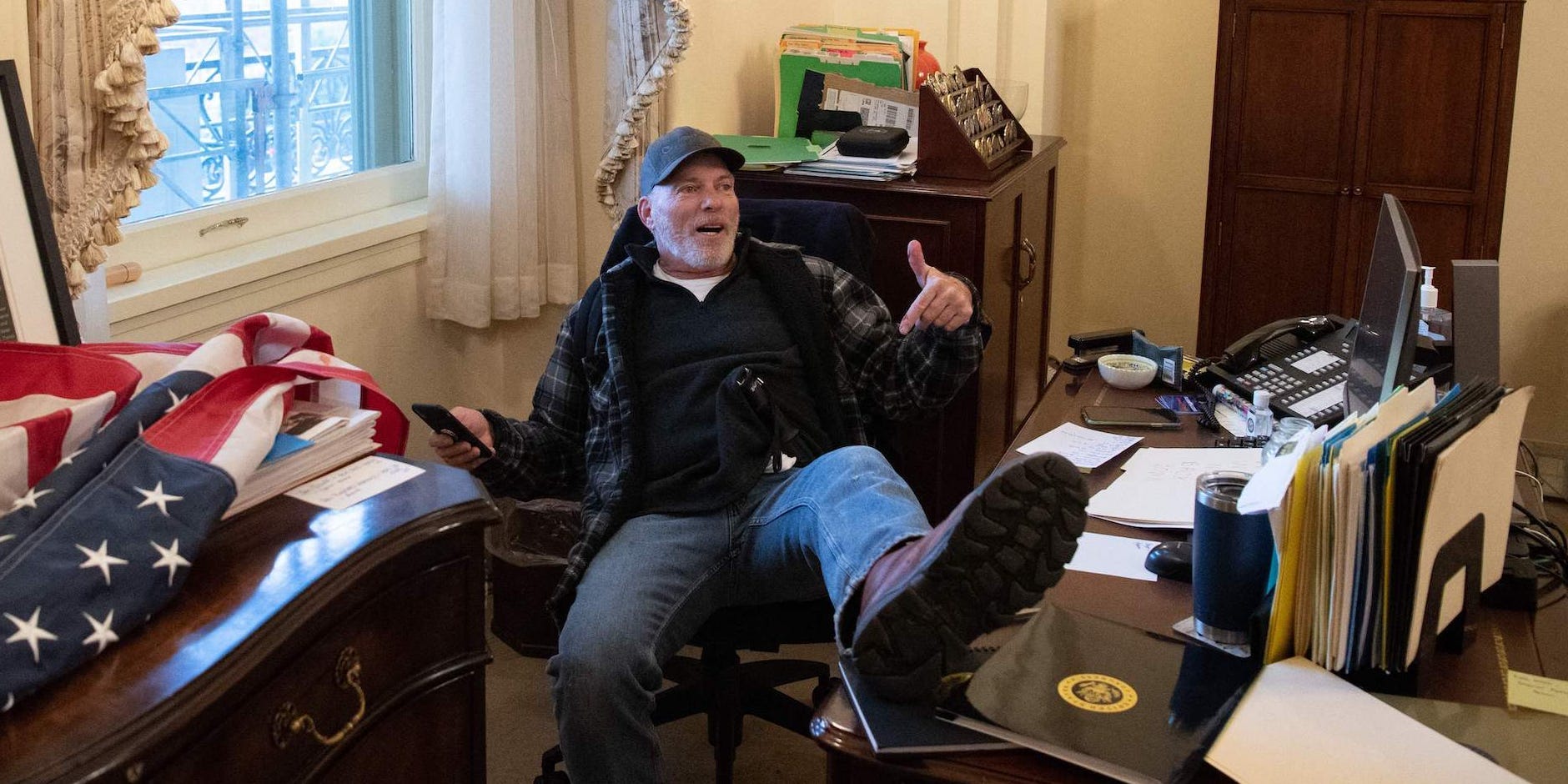 Richard Barnett, a supporter of then-US President Donald Trump, sits inside the office of then-US Speaker of the House Nancy Pelosi on January 6, 2021.

An Arkansas man pictured with his boot up on then-House Speaker Nancy Pelosi’s desk at the Capitol on January 6, 2021, expressed regret over his behavior during testimony on Thursday.

“I probably shouldn’t have put my feet on the desk,” Richard “Bigo” Barnett, whose trial started last week, said at the federal district court in Washington, DC.

The 62-year-old also left behind a note on Pelosi’s desk, in which he called her a “biatch.” He testified on Thursday that he thought the expletive was funny, but added that he regrets his word-choice and would apologize to the Democratic lawmaker if he saw her, according to Politico’s Kyle Cheney.

Barnett is one of the most prominent January 6 defendants largely because of the now-infamous photo of him in Pelosi’s office. He faces eight charges, including obstructing an official proceeding, disorderly conduct, and entering and remaining in a restricted building with a dangerous or deadly weapon. He’s also been accused of taking an envelope with him from Pelosi’s office. Barnett has pleaded not guilty to all charges.

Another rioter who entered Pelosi’s office that day was convicted of six charges stemming from the riot in November. Pelosi, as one of the top congressional Democrats, was one of the leaders most targeted by the pro-Trump along with Vice President Mike Pence, who was resisting the president’s efforts to block the certification of then-President-elect Joe Biden’s victory that day.

Barnett’s testimony comes after federal prosecutors have called in a slew of witnesses during the trial to demonstrate to jurors that he came to the nation’s capital on January 6 “prepared for violence.” 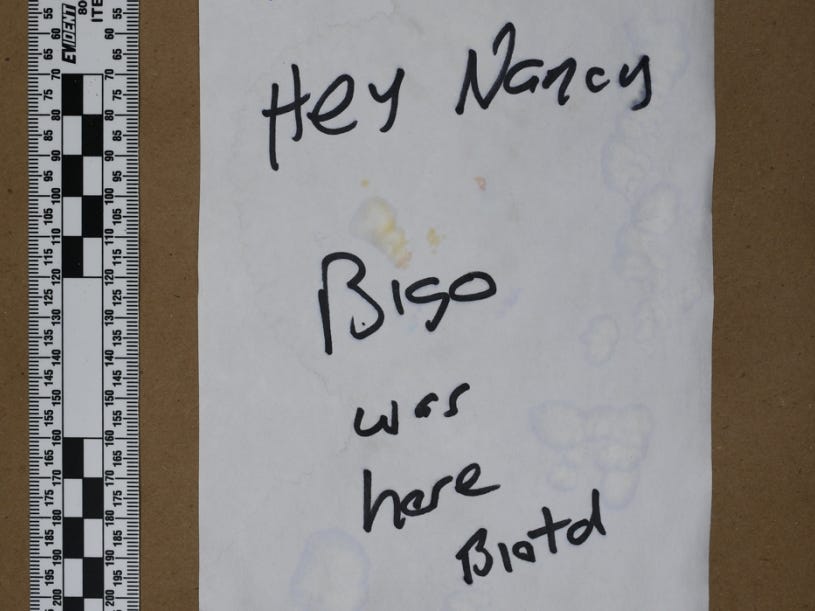 Federal prosecutors have alleged that Barnett breached the Capitol grounds with a stun gun-walking stick tucked into his pants. Barnett’s defense attorneys have argued that the stun gun was not working.

Barnett also testified on Thursday that he “probably” thought former President Donald Trump’s baseless claims about the 2020 election were true, according to CBS News’ Scott MacFarlane.