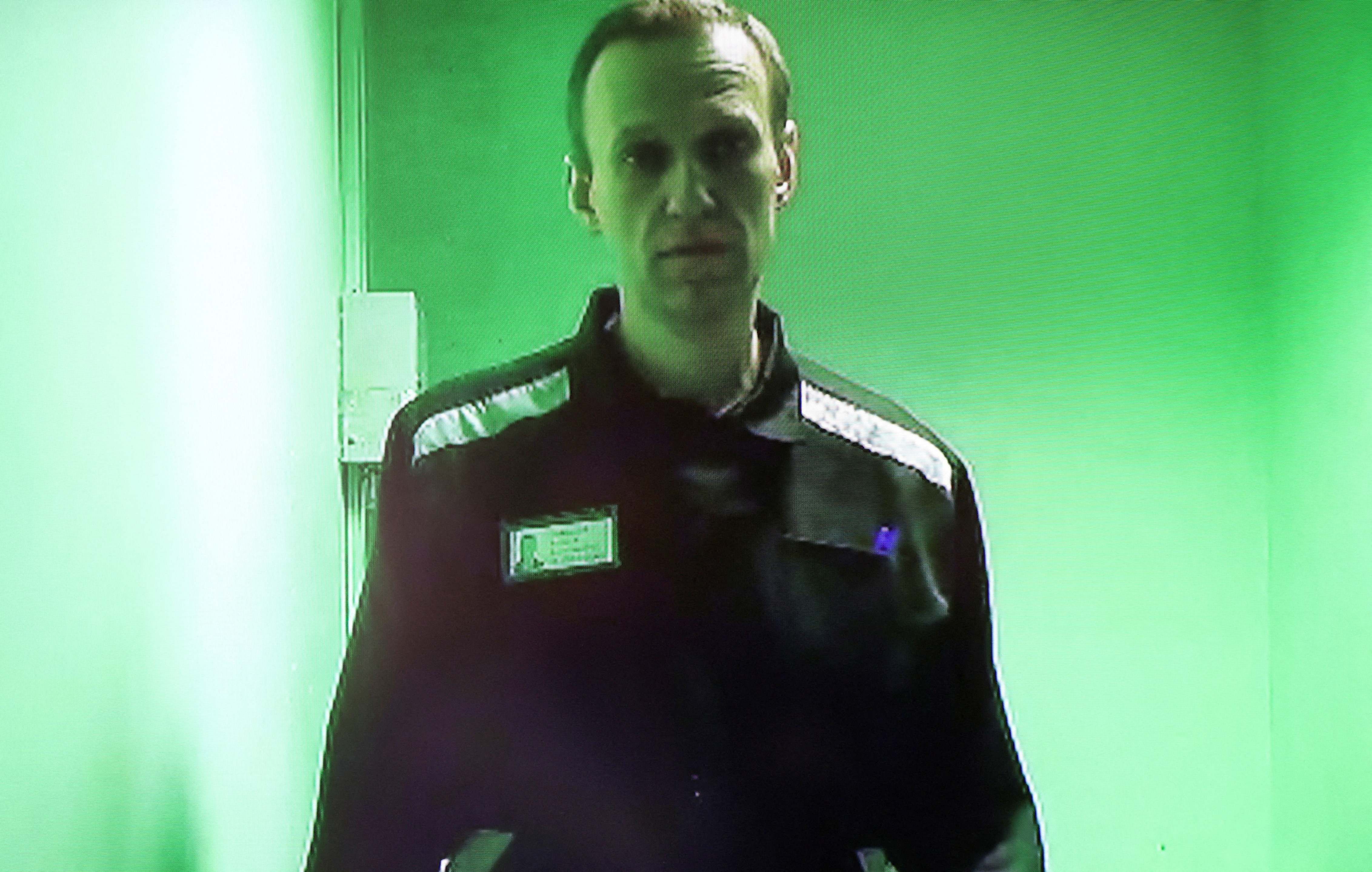 Russian opposition politician Alexei Navalny is seen on a screen via a video link during a court hearing to consider his claims against the administration of a penal colony, where he serves a sentence after being found guilty of parole violations, fraud and contempt of court charges, in the town of Kovrov, Russia October 7, 2022. REUTERS/Yulia Morozova/File Photo

Jailed Kremlin critic Alexei Navalny on Tuesday used the second anniversary of his incarceration to reinforce his promise to keep opposing the Kremlin, as his family and allies launched a campaign to free him.

Navalny, 46, was arrested exactly two years ago as he returned to Russia from Germany, where he had been treated for poisoning with a deadly Soviet-era nerve agent in what he and some Western nations said was a Russian state assassination attempt. The Kremlin denied involvement.

“Our miserable, exhausted Motherland needs to be saved. It has been pillaged, wounded, dragged into an aggressive war, and turned into a prison run by the most unscrupulous and deceitful scoundrels,” Navalny wrote on Twitter via his lawyers.

“Any opposition to this gang – even if only symbolic in my current limited capacity – is important. I’m not going to surrender my country to them, and I believe that the darkness will eventually fade away.”

Navalny is the highest-profile of the few remaining opposition voices in Russia, having gained followers with repeated investigations purporting to show that the ruling class have enriched themselves lavishly at the expense of the state.

The Kremlin was forced to deny in 2021 that Putin himself was the owner of an opulent palace on the Black Sea, as Navalny alleged in a video with 125 million views on YouTube. Putin rarely mentions Navalny, and never by name.

The lawyer-turned-activist has been sentenced to a combined 11-1/2 years in jail in two separate fraud cases, which he said had been trumped up to silence him, and his anti-corruption organisation has been banned as extremist.

Dasha Navalnaya, his daughter, appeared in a video clip on Tuesday to launch a campaign to free her father, who she said was being repeatedly and unjustly put in solitary confinement in prison for his fierce opposition to Russia’s war in Ukraine.

“Of course the real reason my dad is in a punishment cell are his anti-war statements. And now they’re tormenting him and depriving him of any connection with the outside world in order to silence him,” said Navalnaya.

“But my father is not afraid and will not stop fighting. My dad is an innocent man and deserves to be free.”

Russia’s federal prison service, FSIN, has defended Navalny’s conditions in the past, while the authorities say his incarceration is legally sound.

The campaign to secure his release is designed to marshal support in Russia, and to publicise his fate and seek financial support abroad.