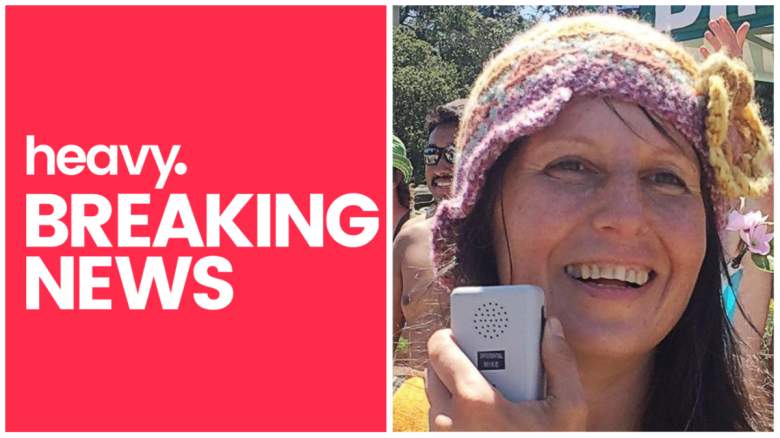 She is well-known in the San Francisco area and has participated in the “body freedom” protest movement. Her real name is Oxane Taub.

The Daily Beast reported that Taub lives with David Depape, the suspect in the attack on Paul Pelosi, the husband of House Speaker Nancy Pelosi. There is no indication that she has any involvement in that attack, however.

Here’s what you need to know:

1. Taub, Who Was Accused of Stalking a Teen Boy, Once Got Married in the Nude at San Francisco City Hall

Joe Eskenazi, of Mission Local, tweeted, “My sources also name the suspect in this morning’s hammer attack on Paul Pelosi as David DePape, born 1980, of Berkeley. He would appear to be a former Castro nudist protester. Things appear set to be bizarre for a while.”

The Castro mentioned in his tweet refers to the San Francisco neighborhood, not the Cuban dictator.

A 2013 article in the San Francisco Chronicle mentions Depape, although his name is spelled wrong. It describes him as a “hemp jewelry maker.” That article reported that Depape was the best man at the naked wedding of Gypsy Taub. Taub was marrying Jaymz Smith.

The article reported that Taub was planning to wear only a veil to the wedding on the steps of San Francisco City Hall. That article described Taub as “the full front of nude activism in the city.”

“Planning the wedding is stressful, but it’s exciting because I’m a big rebel and I just like to stir s- up,” Taub told the newspaper.

According to Berkeley Side, in 2019, Taub was charged with attempted child abduction, stalking and child abuse — all felonies. Authorities alleged she became fixated on a 14 year old boy, who was once a friend of Taub’s son.

“Taub maintained a connection with the boy and sent him numerous messages and emails to the point where the boy’s mother sought a restraining order against Taub in June. But, according to police, Taub did not stop contacting him — despite the filing of multiple misdemeanor charges in July, September and November,” the site reported.

Police also described “two blog postings of communications that appear to be from” Taub in which she was “professing her love and desire” to be with the teen boy, the site reported.

The Alameda County District Attorney wrote in a press release in 2021:

On Aug. 26, 2021, a jury found defendant Oxane Taub guilty of 20 counts– from felony charges of stalking, dissuading a witness, and attempted child abduction to misdemeanor counts for violating protective orders and child molest.

The defendant, a 50-year-old woman, became fixated on a 14-year-old boy in 2018. Over the course of 14 months, she sent him numerous obsessive emails, created blogs directed at him, used his friends to send him messages and eventually tried to abduct him a few blocks from his school in Berkeley. While the case was pending, Taub also tried to dissuade the victim from testifying.

A 2008 article in the Oakland Tribune, accessed via Newspapers.com, reported that David Depape and Gypsy Taub have three children together. However, it’s not clear their biological relationship, if any, as elsewhere Depape is referred to as a father figure.

The article in the Tribune gave more details about the family life of Taub and Depape.

Instead of cooking Thanksgiving dinner in their Berkeley home, Taub and Depape “chose to join 350 others at the Two Star Market for a community meal,” the article stated.

“We like to meet our neighbors,” Taub told the newspaper.

3. Taub Describes Herself as a Homeless Activist

Taub is a fan of Jerry Garcia.

On Facebook, Taub wrote, “I am the founder of Jerry Garcia Family Clinic (also known as Life on the Street Support Services).”

She also describes herself as “host at Mynakedtruth.tv” and “Founder at Jerry Garcia Family Healing Clinic” and writes that she “worked at EntheoRadio: Psychedelics, Shamanism & Conversations on Healing” and “Studied Psychedelics at Dead Tour.”

4. Taub Is From Moscow, Russia

According to her Facebook page, Taub “went to Moscow School 45,” lives in Berkeley, California, and is from Moscow, Russia.

Depape is from British Columbia, according to CNN. In a news conference on October 28, 2022, San Francisco police said they encountered Depape inside the Pelosi residence, grappling for a hammer with the House Speaker’s husband. He then attacked Paul Pelosi with it, according to police, severely injuring him. Paul Pelosi is expected to survive; Depape is in custody, but the motive is not clear.

5. Taub Has Written About Being a ‘Body Freedom Activist’

On July 20 body freedom activists had a protest against the nudity ban and a body freedom parade in the Castro. While at the previous protests we were illegally arrested, this time the police department left us alone. I suspect that the power brokers finally realized that everything they do that violates our constitutional rights will be used against them in our federal lawsuit against the City of San Francisco.

The parade was fun. We got a lot of encouraging comments, cheers, honks, handshakes. I can only remember one person flying off the handle about our nudity. It is interesting that every time someone expresses anger at the nudists they always act totally psychotic, in ways that would make you want to call psychiatric emergency. This is another blatant sign of how pathologically psychotic body shames makes people.

READ NEXT: What happened to Jeffrey Dahmer’s brother David?