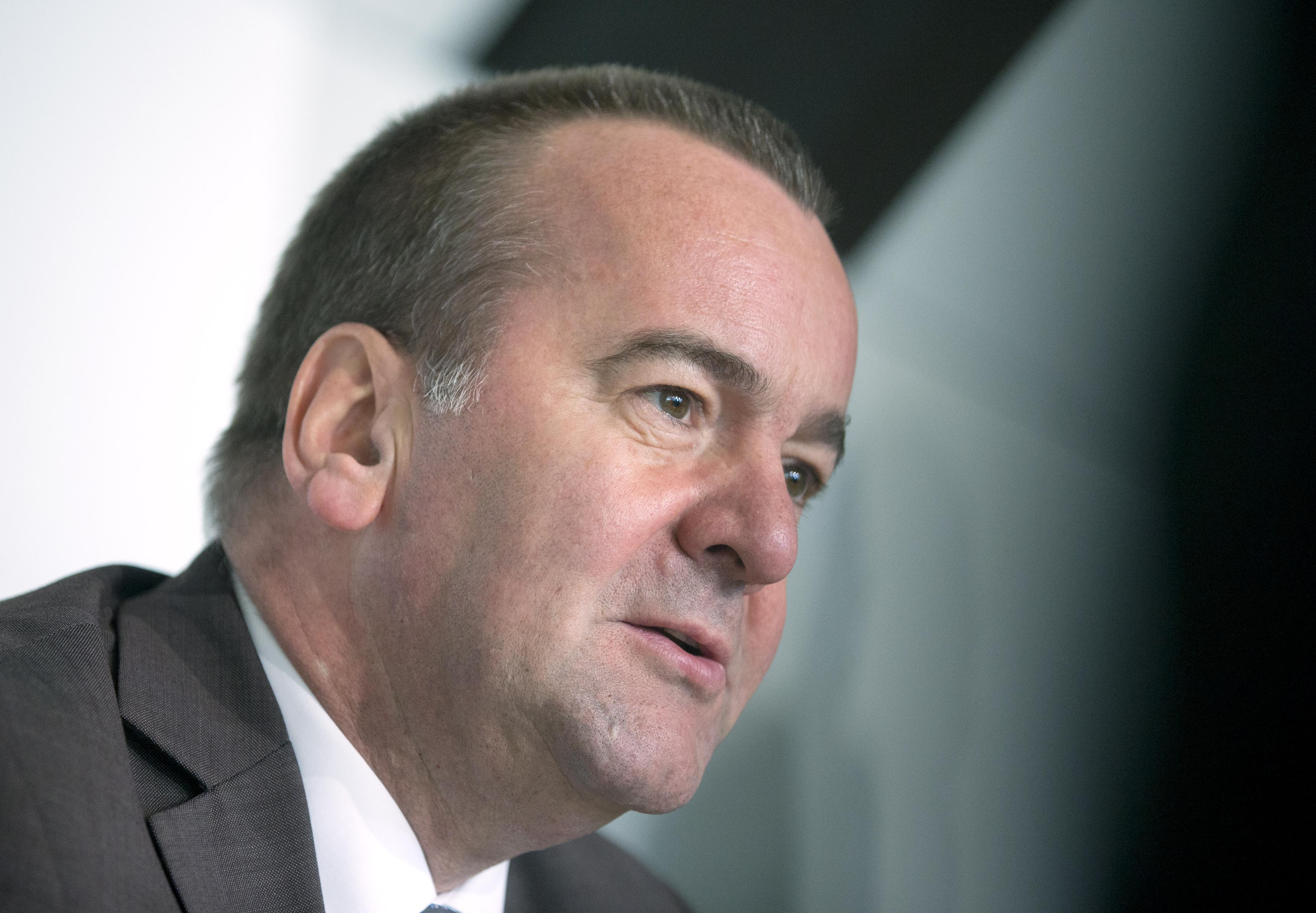 Lower Saxony Interior Minister Boris Pistorius attends a news conference in Hanover, Germany November 18, 2015. German officials had concrete indications of a security threat that led them to call off Tuesday night’s soccer game between Germany and the Netherlands, the premier of the state of Lower Saxony said on Wednesday. REUTERS/Axel Schmidt

Germany’s government named Boris Pistorius as defence minister on Tuesday at a time of mounting pressure on Berlin from Western allies to allow Ukraine to use German-made tanks in the war with Russia.

Following several missteps, Christine Lambrecht resigned as defence minister on Monday, ahead of a conference on Friday at the U.S. military base in Ramstein on Western plans to provide Kyiv with more arms.

Until now, Germany has been cautious about approving the despatch of heavy Leopard tanks due to worries that such a move could be seen as an escalation of the war. Other countries with such tanks also need Berlin’s approval before they can be passed on to another country.

“There are important decisions to be made in the short term, in particular the urgent question of how we continue to support Ukraine in its right to self-defence,” Economy Minister Robert Habeck, of the Greens party, said in a statement.

“Germany bears a responsibility here and has major tasks to accomplish,” he said.

The new defence minister is expected to host his U.S. counterpart, Lloyd Austin, in Berlin on Thursday.

Pistorius, 62, who completed his military service in the early 1980s, has been interior minister in Lower Saxony since 2013 and in this role has worked with the armed forces.

Like Chancellor Olaf Scholz, he ran for the leadership of the Social Democrat (SPD) party in 2019 – they both lost – and he is known for taking a hard line on security issues.

In a brief statement before he is formally appointed on Thursday, Pistorius said he knew the importance of the task he faced. “I want to make the armed forces strong for the time ahead,” he said.

Scholz described him as a friend and good politician.

“He is someone with an awful lot of experience in security policy, who has cooperated openly and closely in his previous role with the Bundeswehr and who possesses the strength and calm that one needs for such a great task,” he said.

Pistorius has been in a relationship with Doris Schroeder-Kopf, the ex-wife of former Chancellor Gerhard Schroeder.

Schroeder has drawn sharp criticism from inside Germany and abroad for his close ties to Russian President Vladimir Putin. Pistorius was also a member of the Bundesrat upper house of parliament German-Russian friendship group before it was dissolved in April.

However, he has clearly condemned what he has called Russia’s “brutal attacks” on Ukraine. In May, he said Russian sympathisers must not glorify the war on German streets.

“It is intolerable when the end of World War Two, the Allied victory and the liberation of Europe are associated with the illegal war of aggression against Ukraine,” he said.

The incoming minister takes over at a crucial time, overseeing an upgrade of Germany’s armed forces, with a 100-billion-euro ($108 billion) special fund at his disposal which was hurriedly agreed after Russia’s invasion of Ukraine.

After decades of under-investment, German equipment, including Puma infantry tanks which were rendered out of action after problems were found in a military drill, is in the spotlight. Scholz has signalled a policy shift by promising to boost defence spending to more than 2% of its economic output.