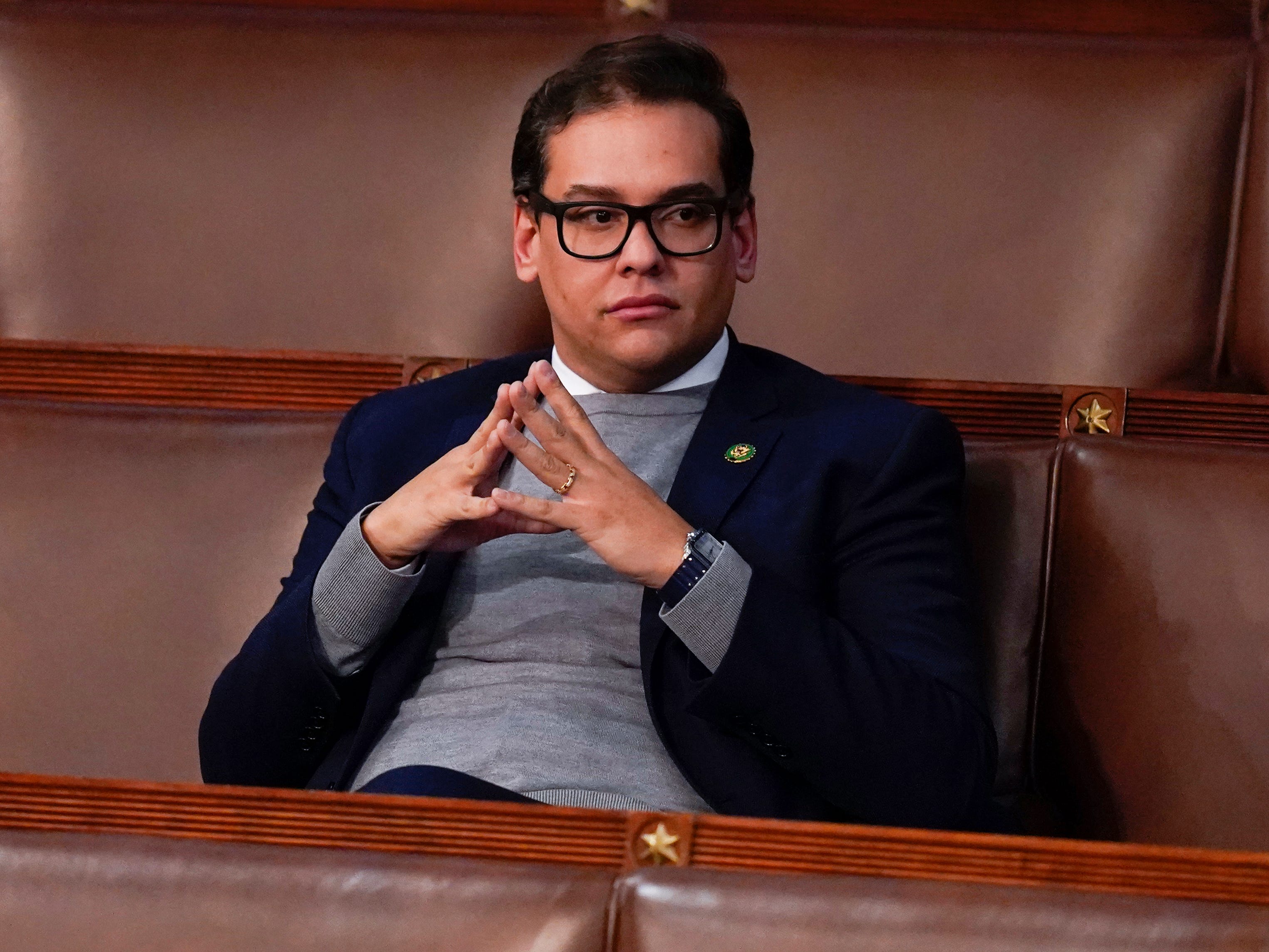 Rep. George Santos waits for the start of a session in the House chamber.

It’s easy to have no student debt when you never actually attended a college. George Santos would know.

In a 2020 appearance on the Police Off the Cuff podcast, GOP Rep. Santos — who has been making headlines for lying about the vast majority of his resume — bragged about graduating from New York University with an M.B.A and no student debt.

That would be a significant feat given that tuition for that degree at NYU costs upwards up $80,000 — but there is no record of Santos actually attending the school. Despite the claims on resume, he later admitted he never went to college. That didn’t stop him from sharing his opinions on student debt during his initial, and failed, congressional run three years ago.

“I put myself through college and got an M.B.A. from NYU and I have zero debt,” Santos said on the podcast.

“And like I said, I said it earlier and I’ll say it again, nothing comes for free,” he continued. “Nothing in life is free. And the harder you work for something, the more you want it, and the more you want it, the more rewarding it is. I hate looking at youth today and seeing them sitting on their behinds and acting like, ‘oh, this is so hard.'”

As Insider previously reported, lies are continuing to emerge on Santos. From claiming he was the star volleyball player at Baruch College — another school he didn’t attend — to lying about working at Goldman Sachs, his reputation continues to take hits. He has refused to resign from Congress thus far.

The podcast appearance wasn’t the only time he shared his thoughts on student debt. In May 2022, he wrote on Twitter: “Allow me to solve the student debt issue: Step 1: You take out the loan. Step 2: You pay it back. Welcome to being a functioning adult!”

That sentiment is similar to arguments other Republican lawmakers have made over the past year, many of whom have said that canceling student debt would be unfair and costly to those who already paid back their loans.

Santos’ tweet came just three months before President Joe Biden announced his plan to cancel up to $20,000 in student debt for federal borrowers making under $125,000 a year. The implementation of the plan is currently blocked due to two conservative-backed lawsuits that argued the policy is unfair and should not move forward. The Supreme Court is set to take up the cases on February 28 to ultimately decide whether Biden’s plan is legal or should be blocked permanently.

Student-loan payments are still scheduled to resume this year — 60 days after June 30, or 60 days after the lawsuits are resolved, whichever happens first. And Democratic lawmakers, along with Biden, continue to maintain confidence in the legal authority to get this relief to millions of Americans.

“Student debt cancellation will change lives, and I’m proud to have fought for it,” Congressional Progressive Caucus Chair Pramila Jayapal wrote on Twitter. “We can’t allow hypocritical GOP politicians to stand in the way of this urgent, needed relief.”