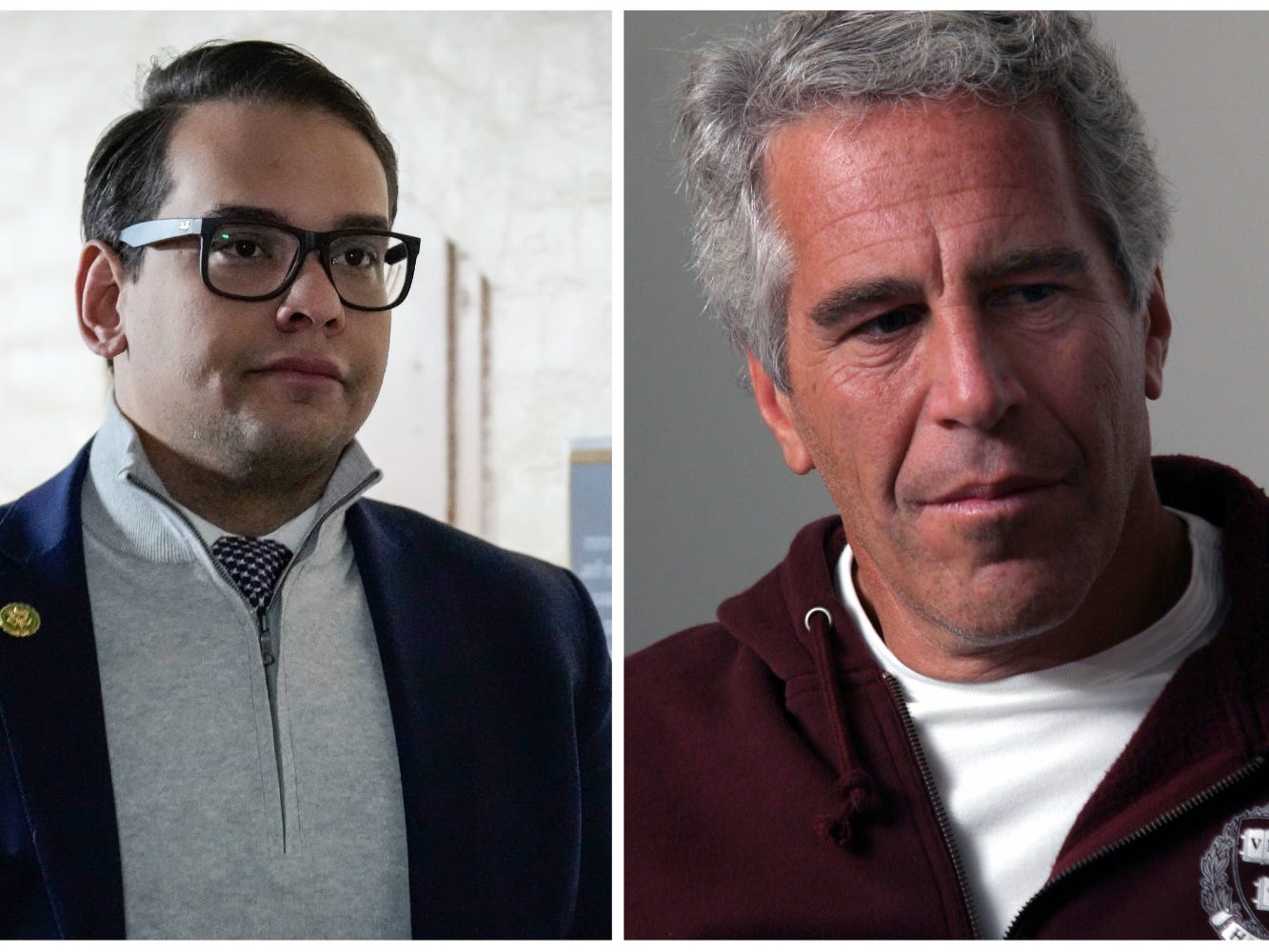 In a recently resurfaced interview, Rep. George Santos claimed that he had met Jeffrey Epstein – the convicted sex offender who died by apparent suicide in a Manhattan jail in 2019.

Santos, who at the time of the interview was a congressional candidate, also entertained the conspiracy theory that Epstein could still be alive.

“I met Epstein in a couple of private equity conferences,” Santos said on the conservative podcast “The Rory Sauter Show” in August 2020. “I’ve never dealt with him personally, but I’ve met him, I’ve seen him.”

Santos went on to share one of the many popular conspiracy theories about the death of the financier, making the disproven claim that Epstein was murdered and could not have possibly died by suicide. (At the time of his death, Epstein was awaiting trial on charges of sex trafficking of minors.)

“The whole story is just so skewed,” Santos said. “He didn’t hang himself, he was murdered.”

Medical experts, speaking to CNN at the time, said the autopsy findings were consistent with suicide by hanging.

Nonetheless, conspiracy theories about his death have gained traction, amplified by the likes of former President Donald Trump and GOP Rep. Paul Gosar of Arizona.

Later in the podcast interview Santos entertained the implausible idea that Epstein could still be alive.

Past remarks made by Santos are resurfacing in the media as the embattled congressman is increasingly under scrutiny for fabricating key elements of his biography.

Santos has lied about his employment history, educational background, and being Jewish.

The GOP lawmaker also appears to have made up a story about his mother being present at 9/11, while also denying performing as a drag queen, despite there being ample evidence to suggest that he did.

Despite calls to resign, Santos has said that he’ll only go if he loses the next election.