European ministers haggled on Tuesday over a proposed 25% boost in space funding over the next three years designed to maintain Europe’s lead in Earth observation, expand navigation services and remain a partner in exploration with the United States.

The European Space Agency (ESA) is asking its 22 nations to back a budget of some 18.5 billion euros for 2023-25, up from 14.5 billion at its last summit in 2019, in a triennial funding ritual held against a backdrop of pressure on public finances.

Speaking to politicians a stone’s throw from the Eiffel Tower, agency director general Josef Aschbacher appealed for support as ESA passed the hat for scientific, observation and exploration projects a few yards from the site of the world’s first hydrogen balloon flight in 1783.

“We are witnessing the biggest geopolitical crisis in Europe since World War Two, an energy crisis and high inflation. On top, we have the climate crisis,” Aschbacher told ministers.

“This package is aiming for a Europe whose space agenda mirrors its political and economic strength.”

In a joint declaration at the start of the ESA talks, Europe’s big three space launch nations – France, Germany and Italy – opened the door to a new generation of microlaunchers and a review of funding rules amid U.S. and Chinese ambitions.

Delegates said the statement balanced the interests of ESA’s biggest backer Germany, home to several microlauncher startups, with France, which wants stable funding for Europe’s delayed Ariane 6, and Italy, which wants more autonomy for its Vega-C.

It called for closer alignment between funding and the commercial risks take by each partner, rather than the current “fair return” rule under which each country gets work in proportion to the amount it puts in to projects like Ariane.

Microlaunchers are designed to carry payloads up to 350 kg including tiny commercial or experimental satellites, according to ESA.

Encouraged by France, which runs Europe’s Ariane rocket, the agency has traditionally controlled its own vehicles but faces growing political support for the NewSpace trend at a time when Ariane 6 delays have focused attention on access to space.

Ariane is running about a year late and has generated cost overruns mainly picked up by the leading trio of nations.

But 200 million euros more is still needed to be found at talks among ESA nations ending on Wednesday, delegates said.

Other projects include a future logistics lander that will tie in to the NASA-led Artemis moonshot programme.

Nations are also discussing a “zero-debris” approach to space at a time when Russia’s war against Ukraine has highlighted the rapid expansion of constellations such as SpaceX’s Starlink.

Aschbacher, in an interview with Reuters last month, urged global action to tackle congestion in low Earth orbit including a ban on tests of anti-satellite weapons.

Although rare, such tests have fuelled concerns about the militarization of space, which sits uncomfortably alongside commercial and other peaceful uses for space, without which, Aschbacher told Reuters, “society would crumble”.

Even without such threats, the sheer number of satellites and fragments of debris in low Earth orbit is a challenge.

“There will be accidents; this is to be expected … The question is how much energy is put into avoiding accidents,” Aschbacher said.

“It’s a problem for everyone; I think first and foremost for those who operate large constellations … This is an issue that needs to be tackled at a global level with everyone involved.” 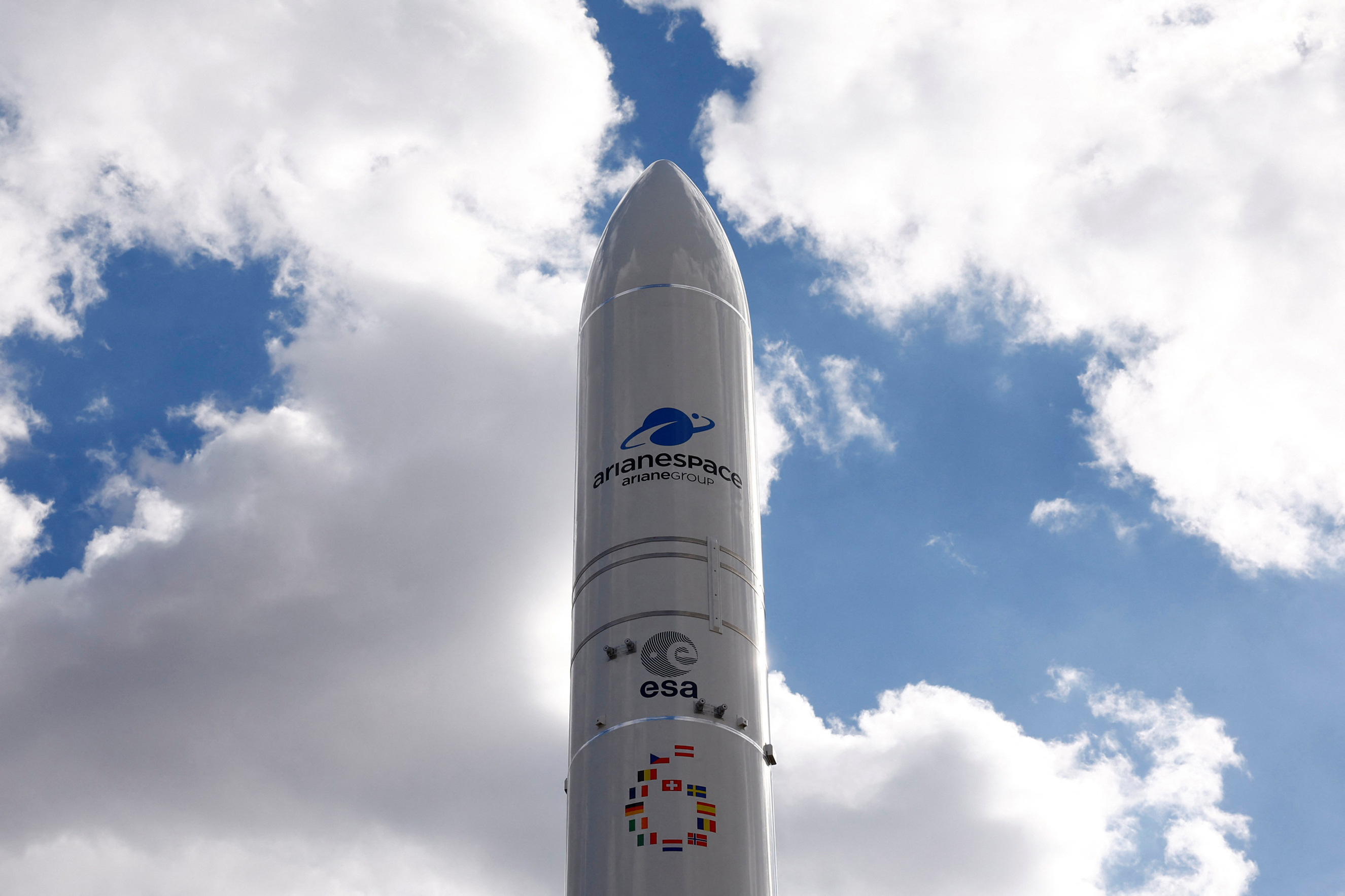 Logos of ArianeGroup and the ESA (European Space Agency) are seen on a rocket model at the entrance of the International Astronautical Congress (IAC) space exploration conference in Paris, France, September 19, 2022. REUTERS/Christian Hartmann 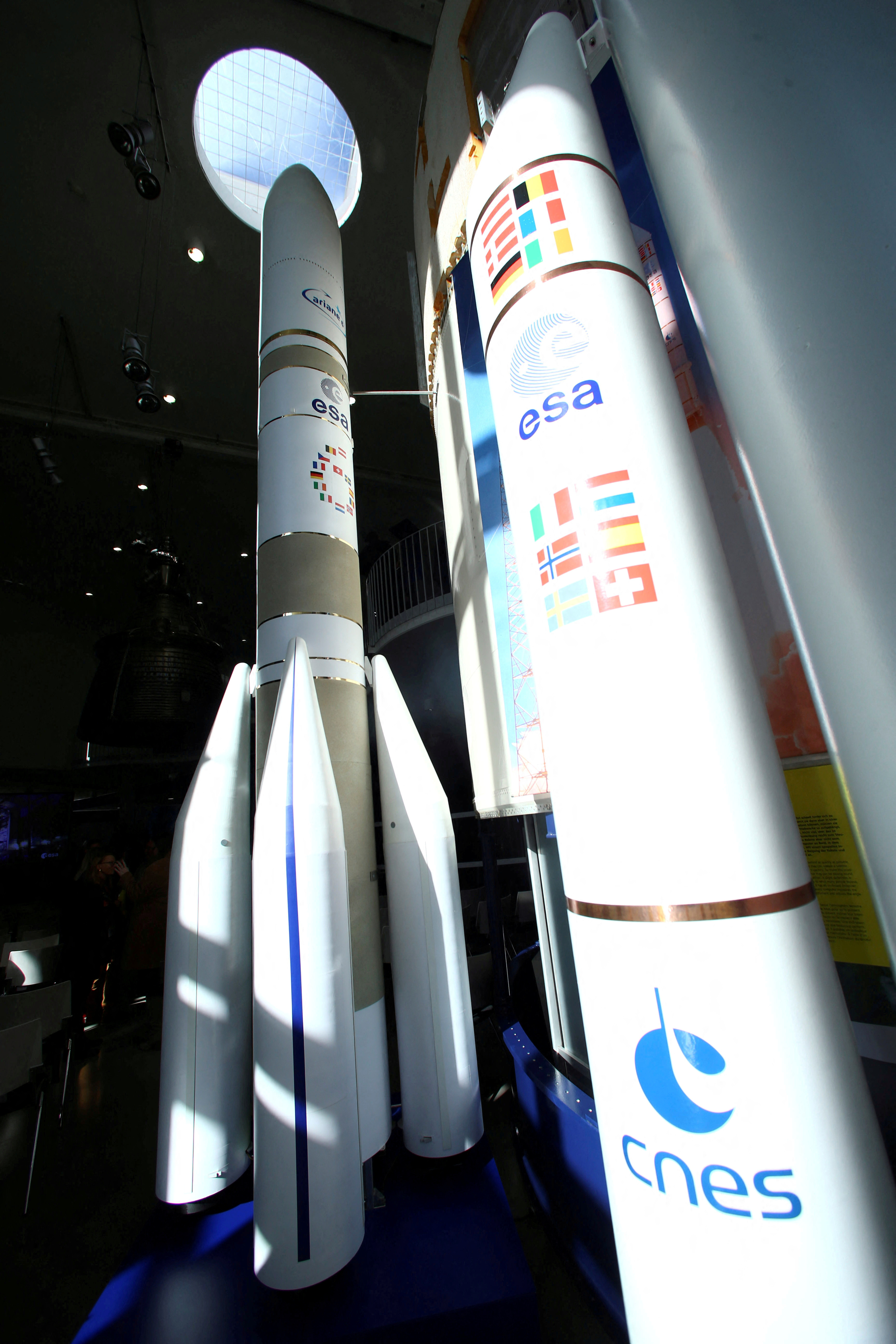 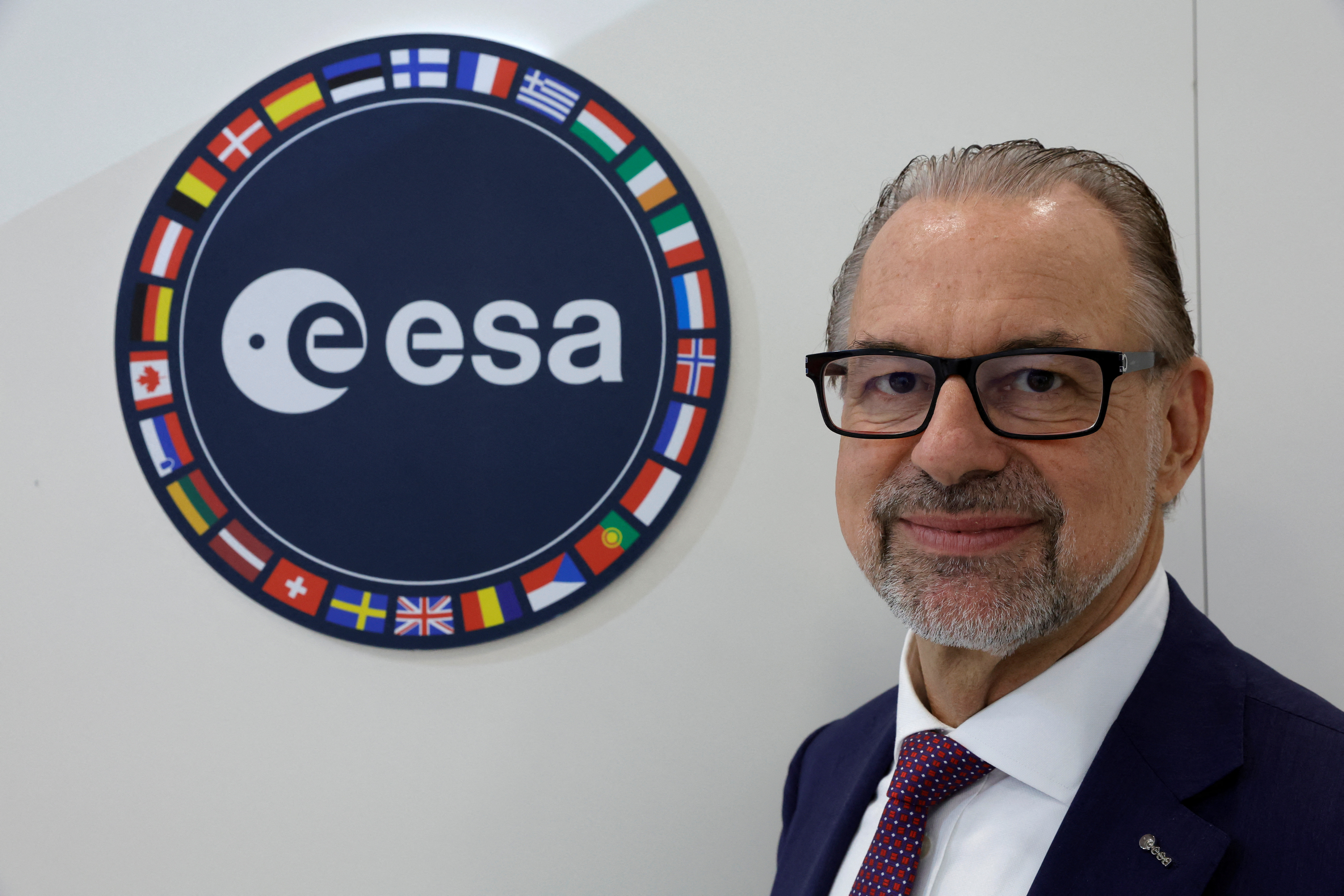