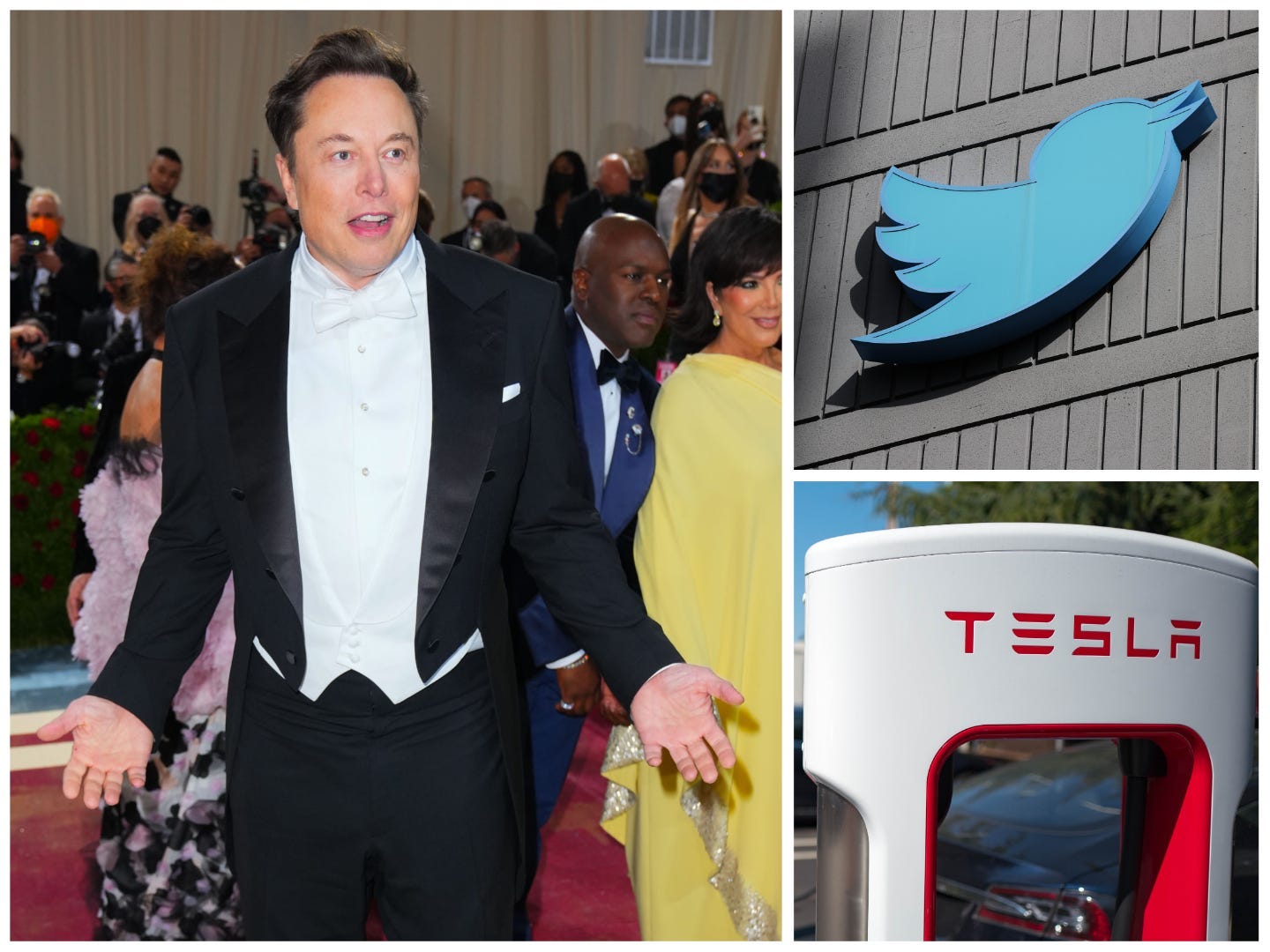 Elon Musk is the CEO of both Twitter and Tesla.

Tesla CEO Elon Musk told a court Tuesday that Google had a “standing interest” in buying the electric-vehicle maker, which encouraged him to try taking the company private with Saudi funds.

The billionaire pointed to the interest from Google’s parent Alphabet laid down in an earlier deposition,  Marketwatch reported, as he defended his 2018 “funding secured” tweet in an ongoing civil trial.

Musk told his lawyer Alex Spiro in a cross-examination that this factored into his decision to try and take Tesla private.

The San Francisco trial is the result of a class-action shareholder lawsuit that alleges Musk committed securities fraud with the tweet. The investors have accused Musk of illegally manipulating Tesla’s stock price by saying he had funding in place to take the carmaker private at $420 a share.

Musk said that in planning to take Tesla private, he entered into negotiations with the Saudi Public Investment Fund (PIF), which he said “unequivocally” supported his plan, per Bloomberg.

But he described the sovereign wealth fund’s governor Yasir Al-Rumayyan as “backpedaling” on verbal assurances of commitment made to Musk in Tesla’s factory. The CEO said Al-Rumayyan was “ass covering” in later texts.

Saudis are the second largest investors in Musk’s social platform company Twitter, which he acquired for $44 billion in October.

Musk also said he would have sold SpaceX stock to take Tesla private.

According to a 2015 book on Musk, the Tesla CEO had an $11 billion deal in place to sell the company to Google in 2013, but it fell through when Musk and former Google CEO Larry Page started arguing over specifics of the deal, during which time Google began to turn a profit.

He has since had a more distinct cooling in relations with Google. Co-founder Sergey Brin was set to cash in his shares in the automaker — which he bought before it went public in 2010 — last year amid a report in the Wall Street Journal that Musk had an affair with his wife.

Musk’s trial rests on his assertion that he did not mislead investors when he tweeted that he had secured finances to take Tesla private at $420, because he did indeed have funding for the deal. Shares in Tesla have jumped more than 14% in the last five days as the trial continues.