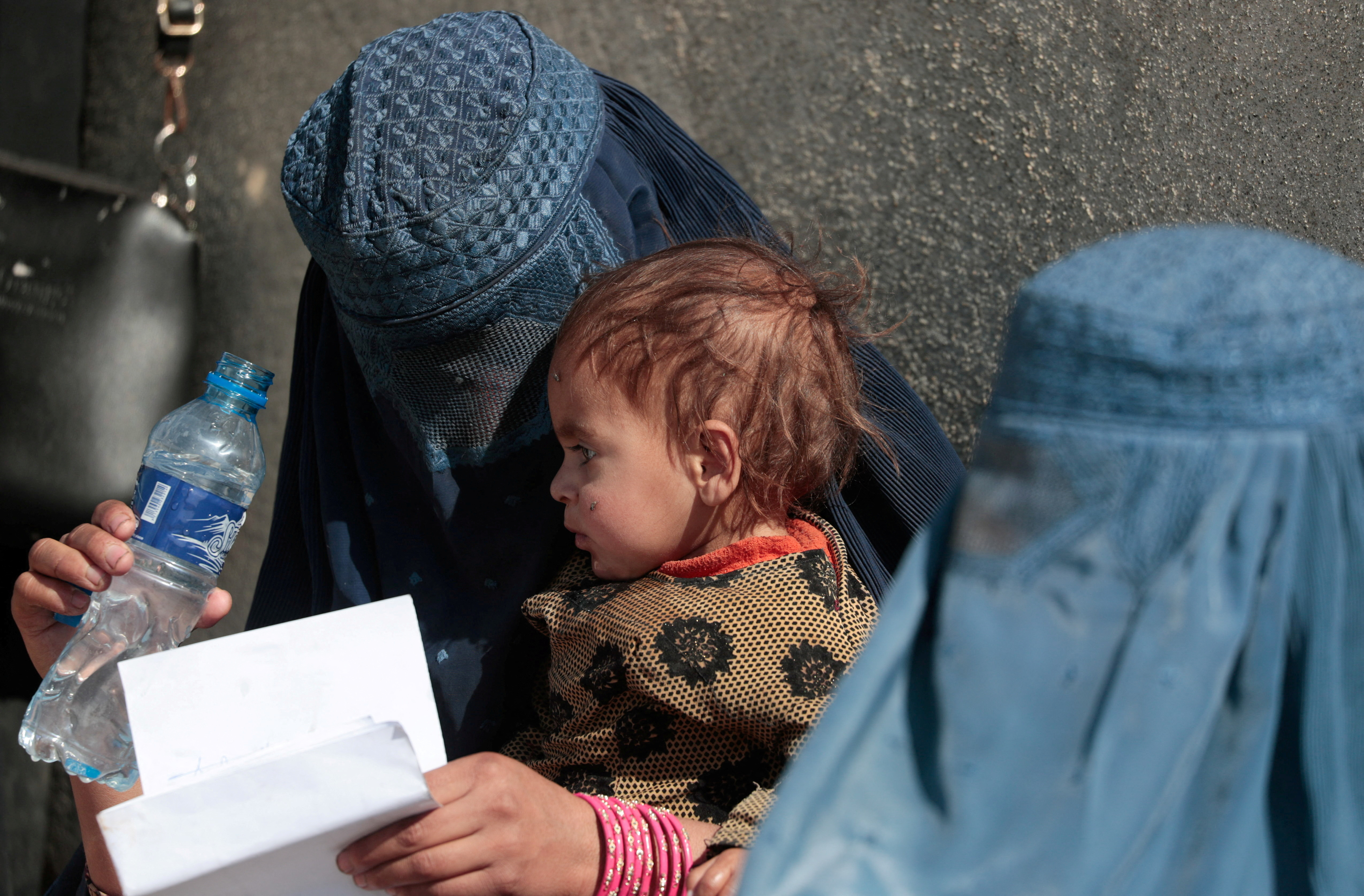 A displaced Afghan woman holds her child as she waits with other women to receive aid supply outside an UNCHR distribution center on the outskirts of Kabul, Afghanistan October 28, 2021. REUTERS/Zohra Bensemra/File Photo

In those talks, Mohammed “stressed the need to uphold human rights, especially for women and girls” and was “encouraged by exemptions” to the ban on female aid workers, Haq said. The exemptions have allowed some work to restart in areas such as healthcare.

Mohammed also “underscored the importance of continuing to be driven by principles,” Haq told reporters.

On her way to Kabul, Mohammed met officials in Turkey, Qatar and Pakistan to discuss the situation in Afghanistan, which Haq summed up: “Clear consensus was evident on the issue of women and girls’ rights to work and have access to education.”

Muttaqi said a lack of formal recognition, travel restrictions on Taliban leaders, and banking sanctions were causing problems that should be addressed by other countries, according to a foreign ministry statement. He added that women were able to work in health and education.

The Taliban administration on Dec. 24 ordered local and foreign aid organisations to stop female staff from working until further notice, days after it banned women from universities. The Taliban said the orders, condemned globally, was justified because some women had not adhered to its interpretation of Islamic dress code.

Many aid groups, some of whom carry out humanitarian work under contracts with the United Nations, stopped operations following the ban.