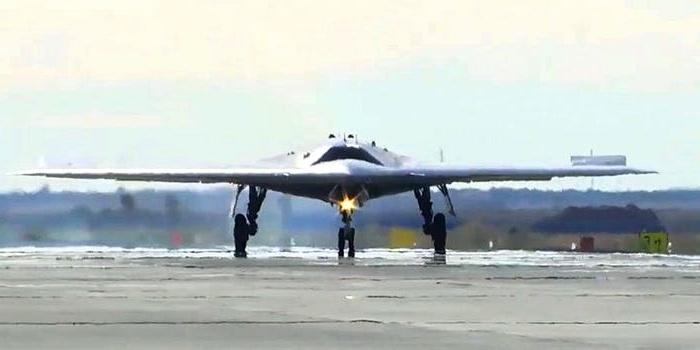 The current pattern of conflict in Ukraine suggests that the age of drone warfare has arrived. The U.S. Army, which leads joint efforts to counter the threat posed by unmanned air systems, anticipated this development years ago and has identified means for tracking and engaging hostile drones.

However, it is important to recognize that the drone challenge is in its infancy, at a level of sophistication comparable to where armored warfare stood a century ago. We should not assume that Ukraine’s claimed success in downing Russia’s drones with what the Wall Street Journal calls a “hodgepodge” of air defenses will work ten years from now.

The problem is that any country investing in drone systems has numerous options for making them more lethal and survivable—more options than defenders currently do.

If every drone threatening U.S. forces was as big and expensive as this Sukhoi unmanned combat air … [+] vehicle, conventional air defenses might be adequate. But the threat is evolving in other directions.

First of all, the vast majority of drones are relatively inexpensive. Even countries of modest means can mount swarm attacks that saturate and overwhelm conventional defenses. Without better defenses, we risk returning to the era when British prime minister Stanley Baldwin warned that “the bomber will always get through.”

Second, because drones are usually small, they are already difficult to detect and track. They can be made more stealthy by design modifications, use of different materials, and operational features that put them beyond the range of defensive missiles or below the horizon of defensive radars.

Third, since the technology used to manufacture drones is readily available in global commerce, users can evade the sanctions employed to limit trafficking in other military technologies. For instance, the Iranian Shahad-136 drones being used by Russia in Ukraine incorporate Western technology for functions like guidance.

Fourth, drones can be remotely controlled or preprogrammed to behave unpredictably in flight, confounding the efforts of defenders to find a suitable point of engagement. The Shahad-136 may barely exceed a speed of 100 miles per hour, but with a range of over 1,500 miles it has the potential to reach intended targets via circuitous paths that can only be countered using extensive defensive networks.

Fifth, drones are already used for a variety of missions from kamikaze kinetic attacks to artillery spotting to broad-area surveillance of troop movements. Their versatility will grow over time as they exploit onboard data fusion, satellite uplinks, and other technologies once too expensive for most users.

Although basic drone design has been gradually advancing for some time, the tactical air defenses of U.S. forces have not. Development of improved defenses slowed during the global war on terror because the enemy lacked air weapons. As a result, the military is dependent on relatively outdated defensive missiles that either lack the reach to engage distant drones or are too expensive to offer a suitable exchange ratio in defeating drones.

The Army’s latest effort to upgrade its short-range air defenses by funding a successor to the venerable Stinger missile is a case in point. The service says it wants a missile with increased speed and range, an improved (probably dual-mode) seeker, interoperability with existing launchers, and growth potential that avoids “vendor lock.”

All of those goals are feasible, but the end result is likely to be a system that costs a multiple of what most drones do. So as drone swarms become more common, the Army could find defense against these relatively inexpensive threats a losing game. Simply stocking a sufficient supply of defensive munitions could prove quite costly.

Against that backdrop, the defensive weapons that seem to offer the greatest potential for keeping ahead of the drone threat are all non-kinetic rather than traditional kinetic interceptors. The term ”kinetic” in this context refers to force accomplished via motion, as in the case of a missile or other munition. Three types of non-kinetic counters to unmanned air systems appear viable within the current decade: electronic jamming, high-power microwaves, and lasers.

Jamming. Jamming, in a generic sense, involves disrupting signals by overpowering receivers with electronic noise in the same frequency. Drones typically operate using command links to remote pilots, and many also depend of GPS signals to navigate. When the transmission of these signals is overpowered by jamming, the drone is effectively disabled.

For instance, Virginia-based CACI, a leader in counter-drone applications of jamming, has assembled a library of over 400 distinctive signals used to control drones that can be exploited by defenders. Its technology automates the kill chain, in the process identifying the source of a threat and the optimal method for degrading the control links of hostile drones. This approach is intrinsically faster and cheaper than trying to defend using kinetic weapons.

Microwaves. Raytheon Technologies RTX has pioneered the development of high-power microwaves that disable the guidance systems of drones at the speed of light. Although microwave weapons are somewhat less discriminate than lasers, that quality potentially enables them to disable multiple drones, as in a swarm, simultaneously.

The company is working with the Army’s Rapid Capabilities Office to explore the use of high-power microwaves in defeating drone swarms. Its microwave weapon, called Phaser, is one among several counter-drone systems that the company has developed.

Lasers. Like electronic jamming and high-power microwaves, lasers operate at the speed of light to achieve non-kinetic kill. A high-energy laser can destroy most drones in seconds by heating the vehicle to a point where systems fail. Unlike jamming and microwaves, lasers are extremely accurate; when pointed precisely, they will kill intended targets while causing no collateral damage.

Lockheed Martin LMT has in recent years deliver a series of increasingly energetic laser systems to the Department of Defense, and will likely scale up its technology to the megawatt level. The Defense Advanced Research Projects Agency earlier this year began a classified, five-year effort to develop panelized, scalable lasers capable of defeating swarms of drones—swarms potentially numbering in the hundreds of vehicles.

Of course, none of these “effectors” will work without technology for the timely detection and tracking of threats. That will likely require new techniques for networking and fusing data from multiple sensors. At the moment, though, finding affordable kill mechanisms is the greater challenge in countering swarms of drones, and non-kinetic systems operating at the speed of light offer inherent advantages over traditional means like missiles.

All of the companies mentioned in this commentary contribute to my think tank.