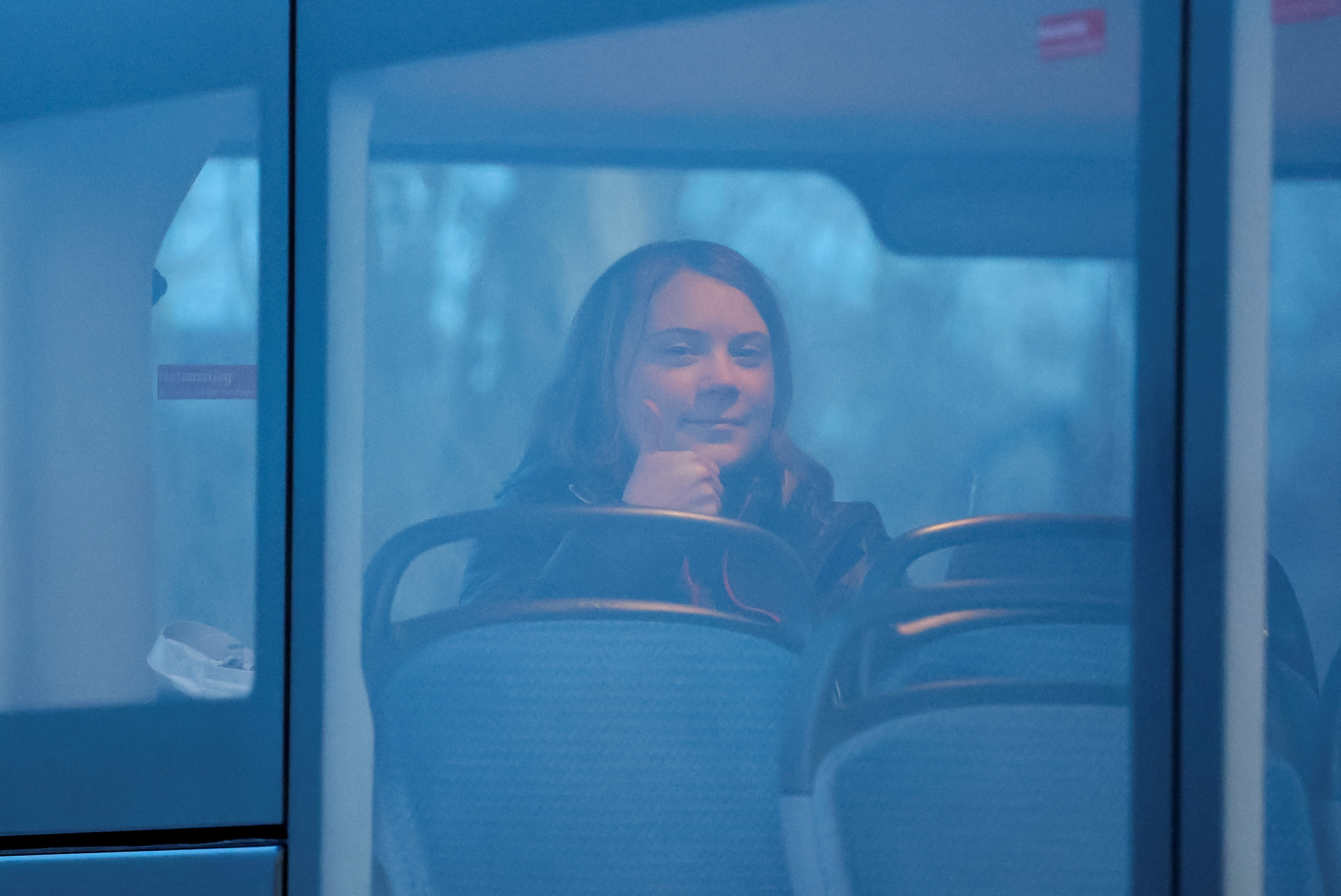 Climate activist Greta Thunberg gestures as she sits in a bus on the day of a protest against the expansion of the Garzweiler open-cast lignite mine of Germany’s utility RWE to Luetzerath, in Germany, January 17, 2023 that has highlighted tensions over Germany’s climate policy during an energy crisis. REUTERS/Wolfgang Rattay

Al Gore said on Wednesday that the climate crisis was getting worse faster than world is tackling it and that he supported the recent action taken by Greta Thunberg in Germany.

“We are not winning. The crisis is still getting worse faster than we are deploying these solutions,” the former U.S. Vice-President said.

Gore also said during a session of the World Economic Forum (WEF) annual meeting in Davos that he agreed with efforts by climate activist Thunberg to prevent the expansion of a coal mine in Germany.