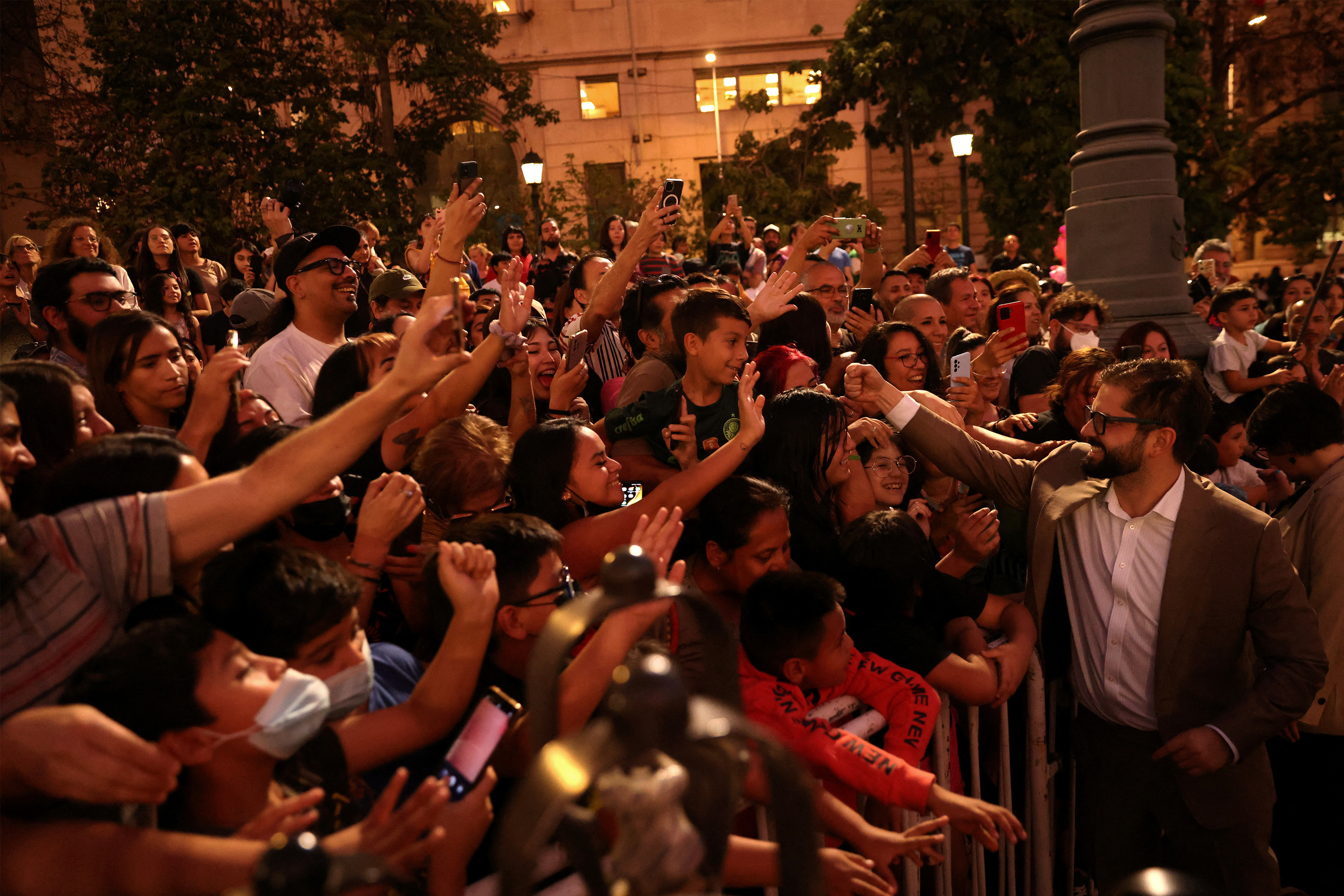 Carmen Villegas, 56, a housewife in Santiago, was one of the millions of Chileans who turned out to vote for Gabriel Boric in 2021, propelling the young leader to the presidential palace amid optimism over his plans to reduce deep-seated inequality.

But almost a year after coming into office in March 2022, Boric, 36, is now finding out the perils of leadership, with voters like Villegas growing disenchanted as inflation has hurt people’s spending power and crime has risen.

The moderate leftist’s approval rating has halved from around 50% when he came into office to 25%, data from pollster Cadem show, with many Chileans complaining about his handling of the economy and saying his government has been soft on crime.

“There is a lot of chaos, especially when it comes to insecurity,” said Villegas, who said she had hoped that he would bring a breath of fresh air after years of political leaders that she characterized as stuffy.

“I wanted to give a chance to a young person, without the problems of the older politicians,” she said. “But he hasn’t done things well.”

Boric’s flagging ratings pose a challenge for the progressive leader – and a warning for other regional leftists – after he had campaigned on plans to shake up the country’s market-orientated economic model, push through mining and tax reforms, and strengthen environmental regulation.

Missteps – and some misfortune – have hit those plans.

His Cabinet, a mix of young reformers and technocrats, has faced criticism over a lack of experience, while a planned new constitution he supported was overwhelmingly rejected by voters. Recent pardons of 12 protesters convicted for crimes such as looting and robbery during 2019 riots went down badly amid rising crime statistics.

The country, one of the region’s most stable historically, saw murders rise 43% in 2022 and kidnappings go up 77%, according to police data. Chile in recent years has seen a jump in organized crime, apparently related to the drug trade.

That has happened alongside a tough economic backdrop. Inflation was 13% last year, the highest since 1991, while the economy of the world’s no. 1 copper producer is expected to be the only one in South America to contract in 2023, according to World Bank projections.

Boric’s trajectory from rising star to poll laggard could serve as a warning to other leftist leaders in the region that have ascended to power in a new ‘pink tide’.

“The big lesson for other leftists surely is that governing is more difficult than being in opposition,” said Nicholas Watson from consultancy Teneo, adding that Boric’s “borrowed” moderate votes had evaporated quickly as reality hit home.

The pardons of the protesters were widely criticized, torpedoing talks with conservative lawmakers over establishing a new security council and leading the justice minister and chief of staff to resign. The lower house has announced an investigation into the pardons. Boric’s team say he was given incomplete information about the prisoners’ convictions.

The president’s spokespeople did not respond to a request for comment, but Boric has repeatedly acknowledged that his administration has made mistakes. During a news conference announcing the justice minister’s resignation, Boric said the government was determined to “strengthen political management.”

“When situations like these happen in politics, we have to assume responsibility,” Boric said, adding that members of his government must own up to errors.

Seeking to woo investors and centrist voters, Boric has moderated some of his initial stances, including dialing back his campaign pledge to “bury” Chile’s market-orientated economic model and tapping a former central bank head to be his finance minister.

That has disillusioned his core leftist supporters.

“Sometimes it seems that he is ruling just so that the right does not get angry,” said 46-year-old designer and Boric voter Gaston Gomez.