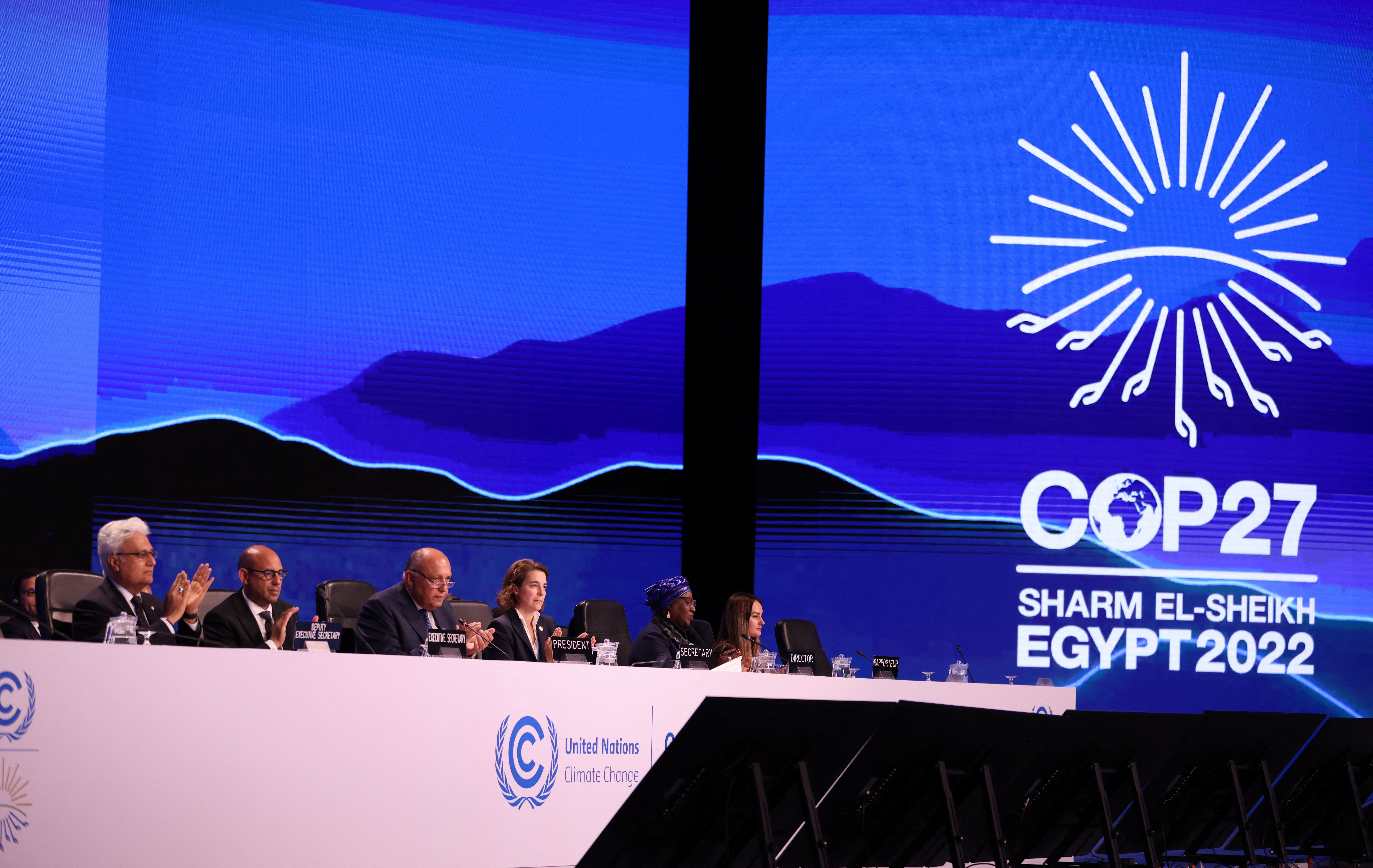 Countries agreed early Sunday at the COP27 climate summit to set up a fund to help poor countries being battered by climate disasters, but delayed approving a wider deal outlining global resolve to fight climate change.

After tense negotiations that ran through the night, the Egyptian COP27 presidency released a draft text for an overall agreement – and simultaneously called a plenary session to gavel it through as the final, overarching agreement for the U.N. summit.

The session approved the text’s provision to set up a “loss and damage” fund to help developing countries bear the immediate costs of climate-fuelled events such as storms and floods.

But it kicked many of the most controversial decisions on the fund into next year, when a “transitional committee” would make recommendations for countries to then adopt at the COP28 climate summit in November 2023.

Those recommendations would cover “identifying and expanding sources of funding” – referring to the vexed question of which countries should pay into the new fund.

Calls by developing countries for such a fund have dominated the two-week summit, pushing the talks past their scheduled Friday finish.

Immediately after the plenary approval for the loss and damage fund, however, Switzerland called for a 30-minute suspension for time to study the new text of the overall deal – specifically the language relating to national efforts to cut climate-warming emissions, the Swiss delegate said.

Negotiators late Saturday had worried about changes being discussed so late in the process.

The document, which forms the overall political deal for COP27, needs approval from the nearly 200 countries at the climate summit in Egypt.

In line with earlier iterations, the draft did not contain a reference requested by India and some other delegations to phasing down use of “all fossil fuels”. It instead referred to a phase down of coal only, as agreed at last year’s summit.

For daily comprehensive coverage on COP27 in your inbox, sign up for the Reuters Sustainable Switch newsletter here.