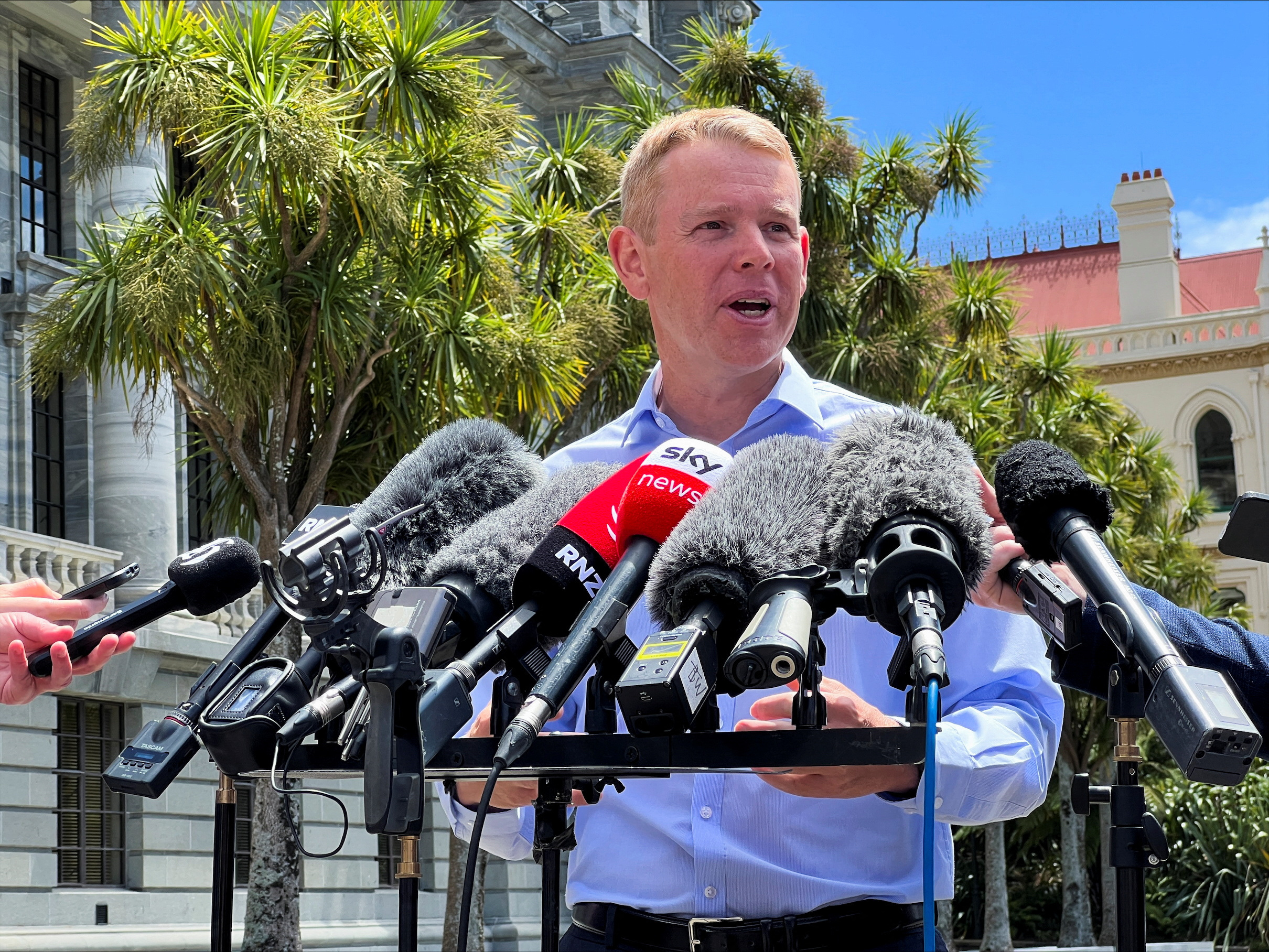 Chris Hipkins speaks to members of the media, after being confirmed as the only nomination to replace Jacinda Ardern as leader of the Labour Party, outside New Zealand’s parliament in Wellington, New Zealand January 21 2023. REUTERS/Lucy Craymer

New Zealand’s ruling Labour Party on Sunday selected Chris Hipkins to replace Jacinda Ardern as its leader and the 41st prime minister of the country.

Hipkins, 44, was the only nomination for the job and his confirmation in a party meeting on Sunday, known as the Labour caucus, was largely a formality.

His appointment to the top job followed the surprise resignation on Thursday by Ardern, who said she had “no more in the tank” to lead the country.

“This is the biggest privilege and biggest responsibility of my life,” Hipkins said announcing his appointment. “I am energised and excited by the challenge that lies ahead.”

Known as “Chippy”, Hipkins built a reputation for competence in tackling COVID-19 and was a troubleshooter for Ardern when other cabinet ministers were struggling.

First elected to parliament in 2008, he became a household name fronting the government’s response to the pandemic. He was appointed health minister in July 2020 before becoming the COVID response minister at the end of the year.

Sepuloni, 46, is of Samoan, Tongan and New Zealand European decent and lives in Auckland. She holds a number of portfolios, including social development and employment and arts, culture and heritage.

Hipkins said the rest of his team would be announced later.

Before Hipkins becomes prime minister, Ardern will tender her resignation to King Charles’ representative in New Zealand, Governor General Cindy Kiro. Kiro is to appoint Hipkins to the role and he will be sworn in. Hipkins said he will be sworn in on Wednesday.