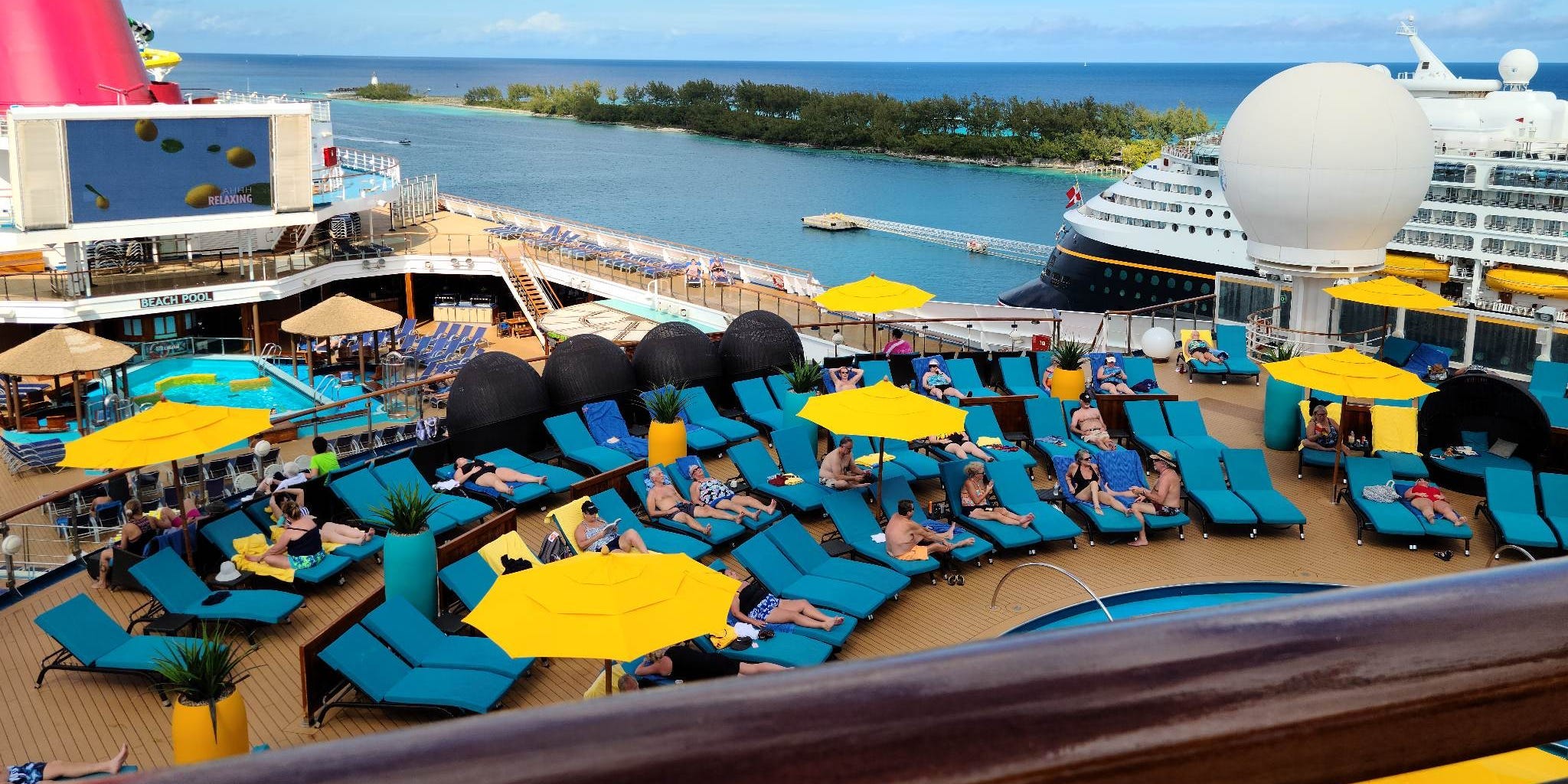 The pool area onboard the Carnival Sunshine during a 2022 cruise.

The Carnival Sunshine’s Bahamas-bound journey became a “cruise to nowhere” earlier this month after inclement weather kept the 3,000-person ship from docking in Nassau — the only planned port stop during the four-day journey.

But Margie Marsh, 66, a veteran cruise goer who has been to the Bahamas several times already and even previously sailed on the Carnival Sunshine, was let down for an entirely different reason.

The South Carolina-based longtime cruiser told Insider she booked the mid-January trip as a mini-vacation in an attempt to break up the monotony of the winter months and seek some sunshine.

“I wasn’t even planning to get off the boat,” Marsh said. “Sometimes it just pays to stay on the boat because there’s nobody walking around.”

Instead, Marsh planned to sit by the ship’s pool reading a book and enjoying the solitude as her fellow passengers rushed the port to make their excursions, she said in an interview this week.

But as the boat inched closer to Nassau on the morning of Saturday, January 14, Marsh said she instinctively knew something was not quite right. She had traveled this exact route enough times to know they wouldn’t be docking at their scheduled 9 a.m. arrival time.

Soon enough, the ship’s captain came over the loudspeaker and announced the bad news: It was too windy to dock safely; their journey had officially become a “cruise to nowhere.”

Another passenger onboard the Carnival Sunshine told Insider earlier this month that the cancellation was a massive disappointment for her family, all of whom were first-time cruise goers and international travelers.

Marsh was disappointed for a different reason.

“Really the only thing it changed for me was basically you’ve now got everybody on the ship all day,” she said. “There’s no way I was going to sit at the pool.”

The windy weather and lack of sunshine ultimately rendered her pool plans untenable regardless, she said.

While Carnival cruise staff worked overtime to keep guests busy amid the setback — Marsh said they planned extra games, activities, entertainment, and crucial football viewing opportunities — she sought out the ship’s spa to ensure she got the peace and quiet she had been seeking.

“The best amenity was the spa area. They had these thermal chairs, really nice and toasty-warm,” she said. “It was so cold and windy, you had views outside. You could just sit on these chairs and look out.”

A spokesperson for Carnival confirmed to Insider that passengers were refunded their port fees, as well as taxes and shore excursion expenditures. Cruise goers told Insider each stateroom also received a $100 onboard credit, as well as a voucher for money off a future cruise.

Marsh said she thought Carnival’s response was beyond generous.

“I was surprised,” she said. “I’ve never known them to give up credits like that.”

She isn’t sure how she plans to use her voucher; she wouldn’t mind trying this exact trip again next year, she said.

But first, she has to check off her list the three upcoming cruises she already has booked.