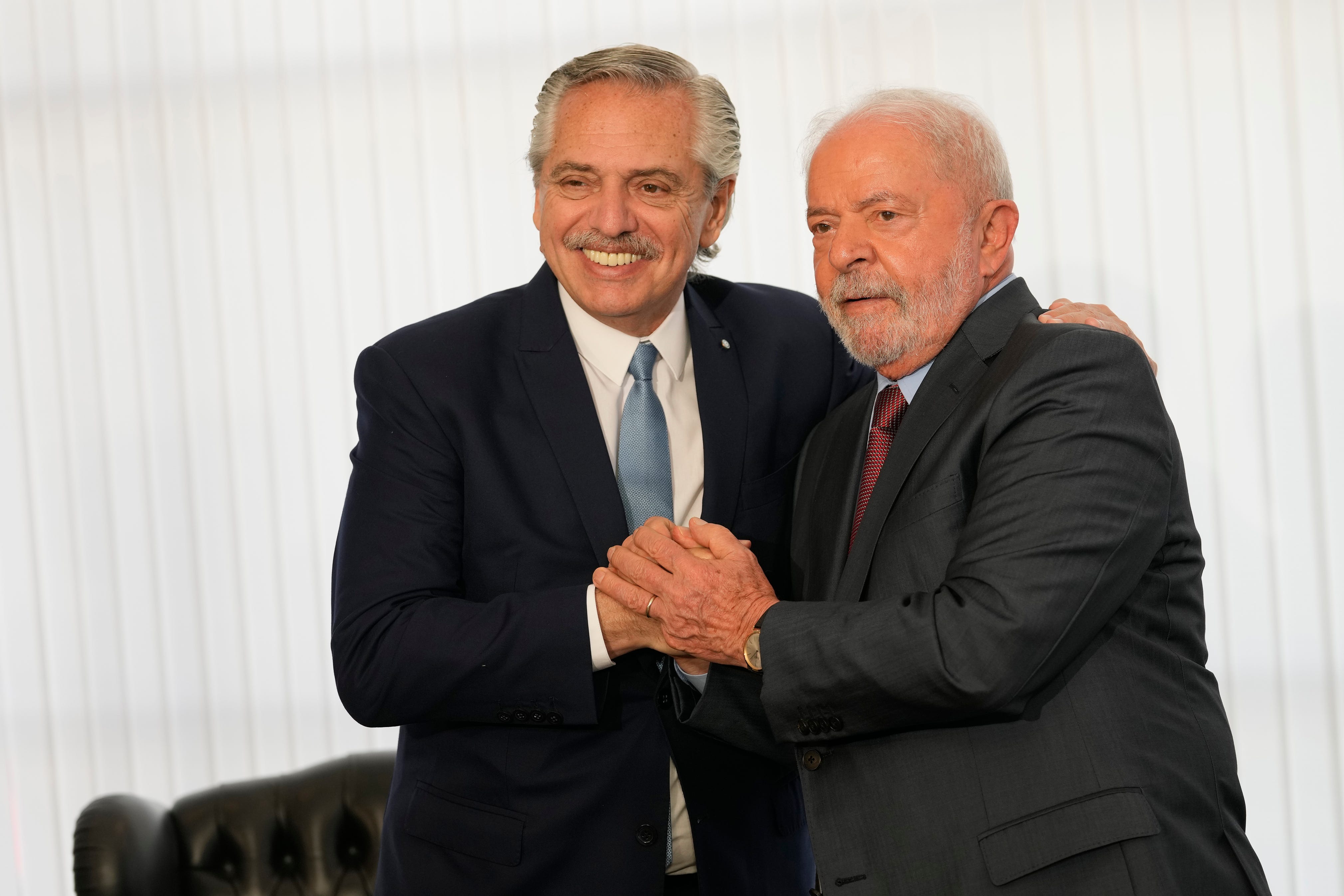 Brazil and Argentina are preparing to launch a joint currency that could eventually become a euro-like project adopted by all of South America, according to the two countries’ leaders.

“We intend to overcome barriers to our exchanges, simplify and modernize rules, and promote the use of local currencies,” they said.

“We also decided to advance discussions about a common South American currency that could be used for both financial and commercial trade flows, reducing operational costs and our external vulnerability,” Lula and Fernández added.

The move comes as countries increasingly look to “de-dollarize”, or move away from using the greenback, the dominant currency used in commerce. Russia and Iran last week said they were working on a gold-backed “stablecoin” for use in trade between the two countries.

Brazil wants to call the joint currency the “sur” (south) and the two countries are planning to eventually allow other South American countries to use it to create the world’s second-largest currency bloc, according to a Financial Times report that cited people familiar with the matter.

The sur would initially run parallel to the Brazilian real and the Argentine peso, per the FT, and would be used in bilateral trade between Latin American countries. That could chip away at the dominance of the dollar, which was used in 96% of trade transactions in the region between 1999 and 2019, according to Federal Reserve research.

Joint currencies tend to boost trade between the countries concerned because they get rid of conversion costs and exchange rate uncertainty.

The euro is used in 20 European Union member states including France, Germany, and Italy and is second to only the US dollar in international reserve holdings, according to the Banque de France, while the CFA franc and the East Caribbean dollar are other examples of joint currencies.

But one downside of common currencies is that they can spread economic shocks between the countries that have adopted them.

Argentina is currently grappling with annual inflation of 95%, with central bankers printing massive amounts of money to fund spending. The government also still owes the International Monetary Fund over $40 billion from a bailout that took place in 2018.

Currency strategists have tended to slam past proposals for a joint South American currency, noting that it would tie together several volatile economies with high levels of inflation and debt.

“It’s just like Europe, except everyone is Greece!” XP International’s head of global equities Paulo Gitz said on Twitter Sunday, referencing the government-debt crisis that hammered eurozone member Greece’s economy between 2009 and 2018.

Read more: China is doubling down on its bid to challenge the dollar’s global dominance. Analysts lay out why it’s unlikely to succeed.