U.S. Secretary of State Antony Blinken said after meeting his British counterpart on Tuesday that Washington welcomed apparent progress in talks between Britain and the European Union aimed at resolving a post-Brexit trade row over Northern Ireland.

Blinken and Britain’s Foreign Secretary James Cleverly’s talks at the State Department in Washington focused on support for Ukraine in its war with Russia but also touched on issues including ongoing talks regarding Northern Ireland.

Blinken reiterated the U.S. position that there must be a negotiated settlement that is acceptable to all sides.

“And we’re heartened that in recent days the United Kingdom and the European Union have made substantive progress toward a negotiated solution,” Blinken told a news conference after the meeting.

Cleverly told reporters he updated Blinken on the negotiations, which he said were “conducted in good faith with a genuine desire to get resolution to these important issues.”

U.S. President Joe Biden, who often speaks with pride of his Irish roots, has underscored the importance of the 1998 Good Friday peace agreement that ended decades of bloodshed in Northern Ireland, although U.S. officials say Washington will not take sides over the rift.

Britain and the European Union agreed on Monday to press on with talks, despite gaps remaining between the two sides, amid renewed optimism after months of deadlock and hostility. 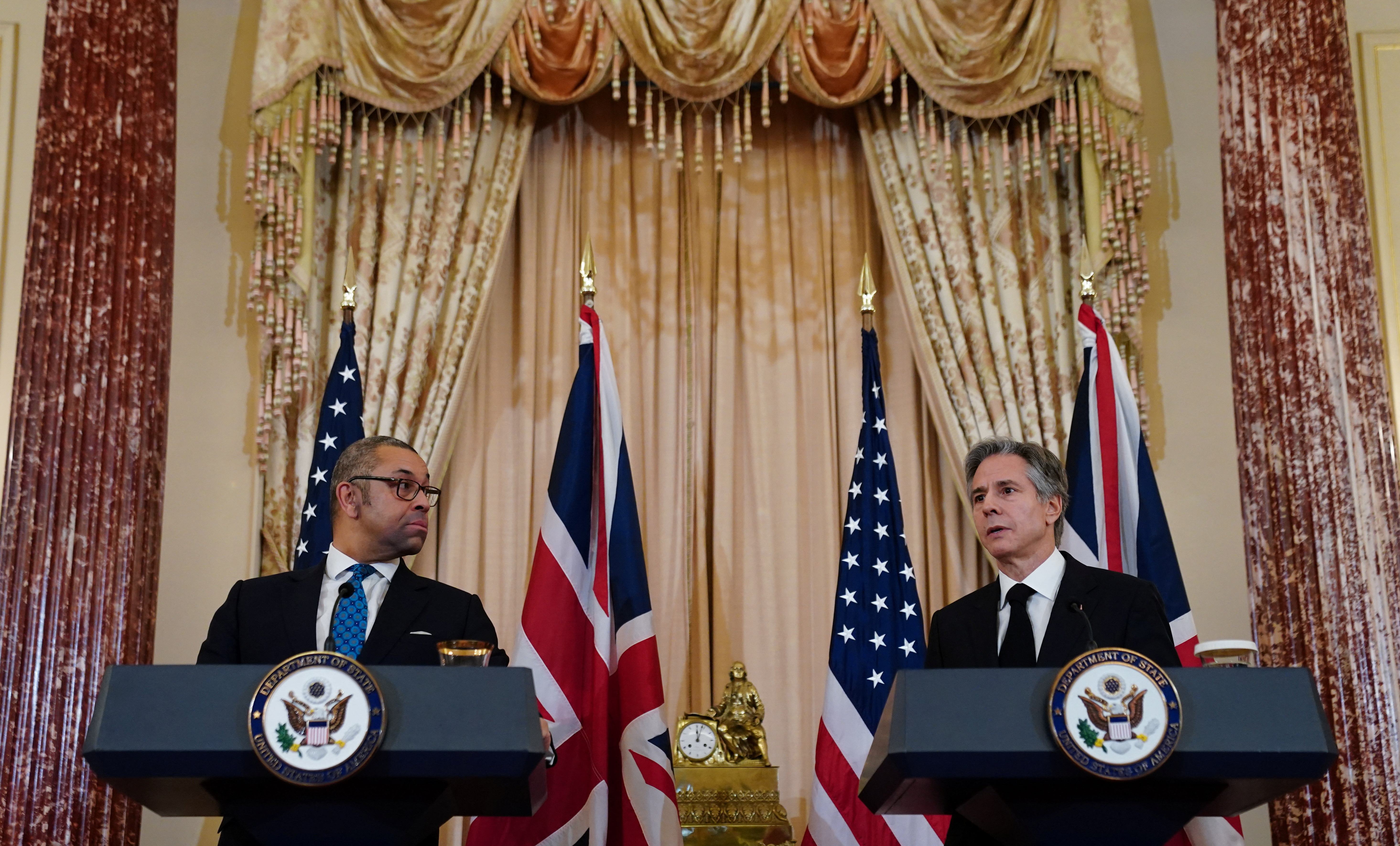 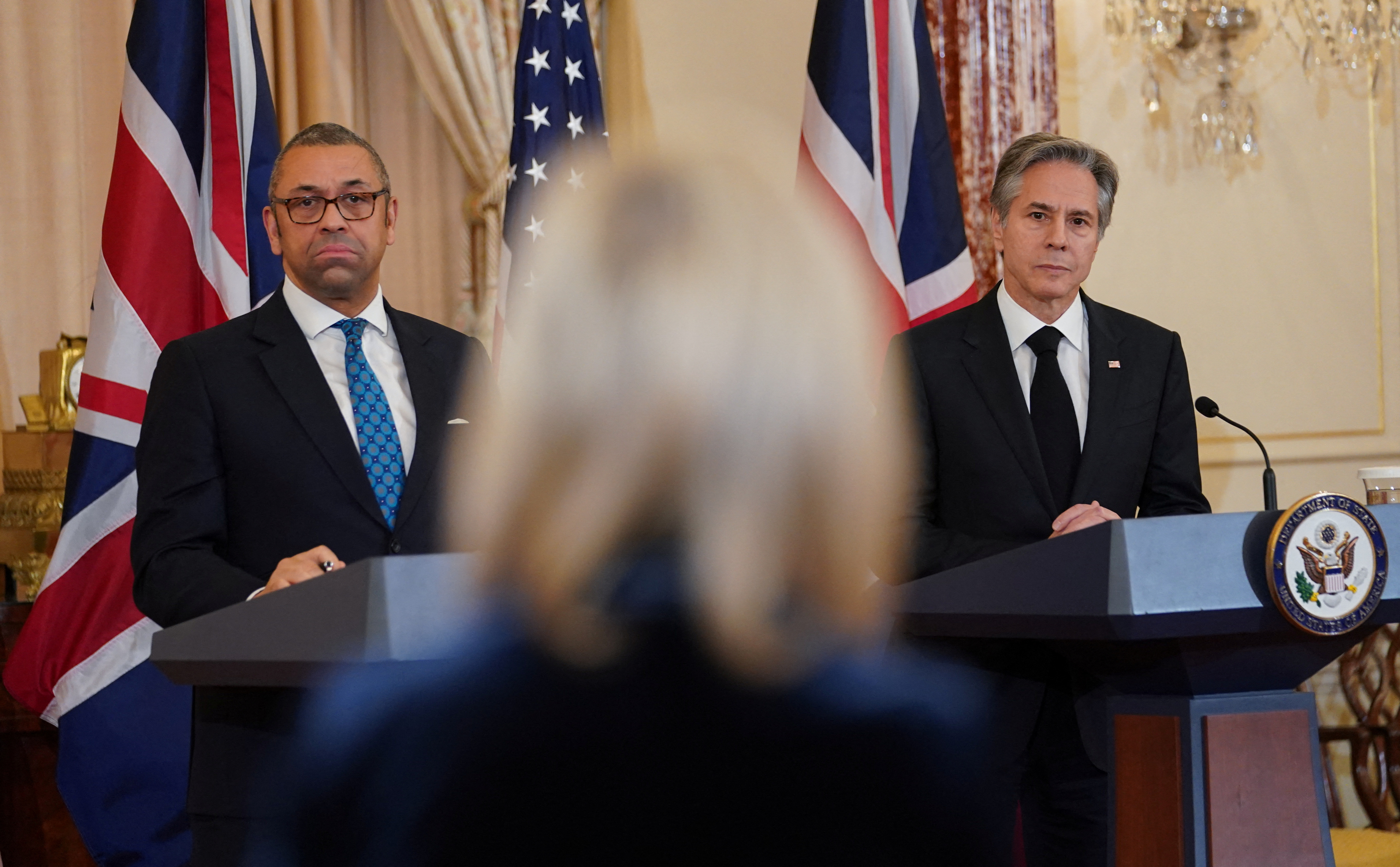