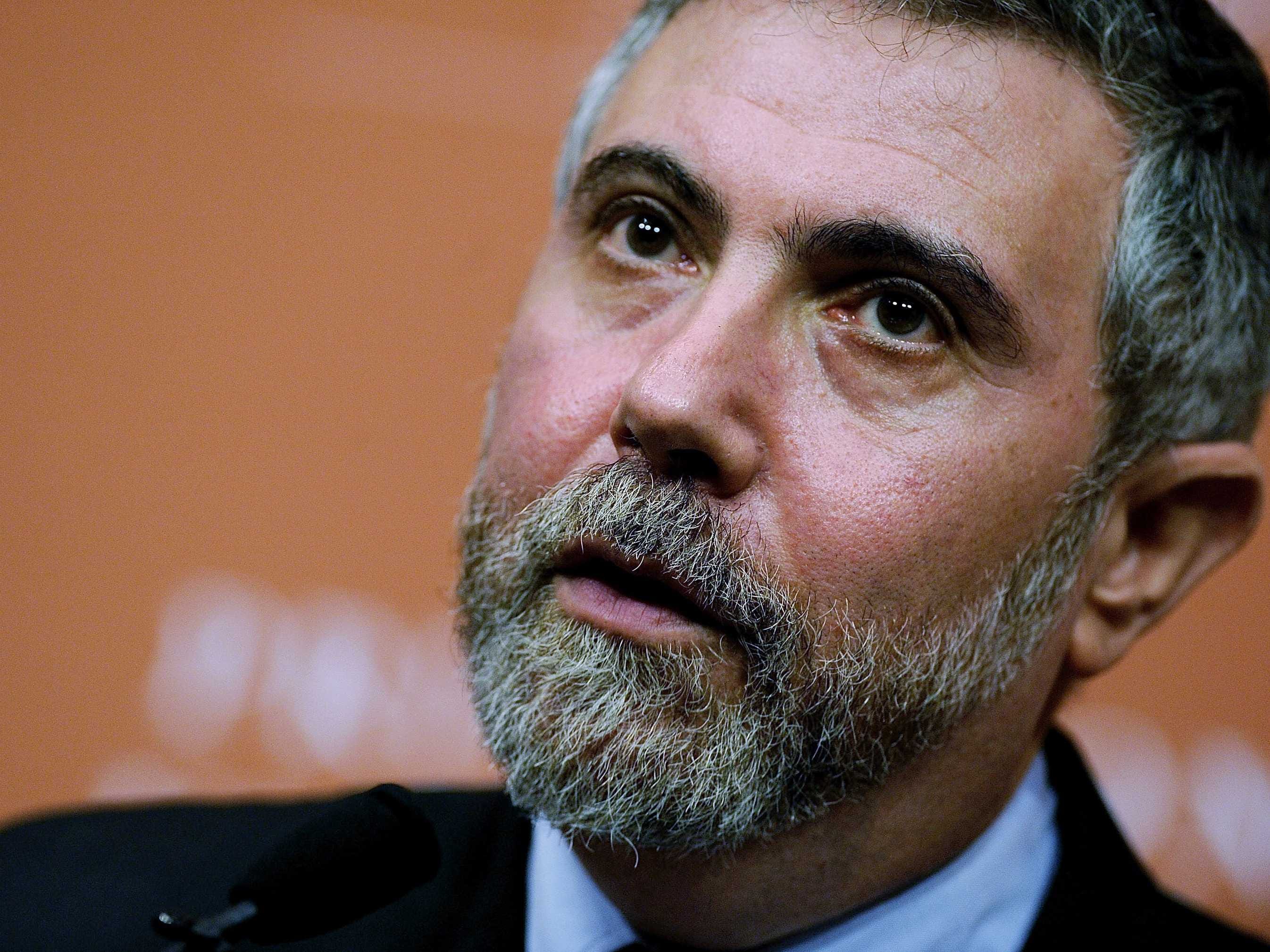 Some investors could be ditching bitcoin in favor of gold as crypto scandals tarnish confidence in digital assets, Paul Krugman has suggested.

The Nobel Prize-winning economist noted prices for the precious metal have been much more stable than for bitcoin over the past year, even though both have drawbacks as inflation rises and the Federal Reserve aggressively hikes interest rates.

In a New York Times op-ed, Krugman said cryptocurrencies have been kept aloft by a combination of fans’ enthusiasm for its cutting-edge technology and a libertarian approach to money.

“But investors are losing faith in fashionable technobabble,” he said in the commentary published Sunday.

“They still want their pet rocks, but crypto’s plunges and scandals are causing some of them to return to pet rocks with centuries of tradition behind them — that is, gold, the pet rock of ages”.

Krugman was keying off recent comments by JPMorgan CEO Jamie Dimon, who described cryptocurrencies as a pet rock because they can’t be used as a medium of exchange — that is, there aren’t many stores and other places you can directly hand over crypto and get something in return.

Krugman himself has repeatedly trashed bitcoin and other cryptocurrencies in the past, dismissing them as useless, wasteful and only valuable as a result of hype and speculation.

At the start of 2022, a Goldman Sachs analyst forecast bitcoin would take market share away from gold, the City University of New York professor noted.

“Is it possible that exactly the opposite has been happening?” he asked in the op-ed.

“After all, Bitcoin has lost more than two-thirds of its value since its peak in late 2021, and many much-hyped stocks such as (cough) Tesla have fallen from grace, but gold has hung in there, with its current price just a few percent off its 2020 peak,” Krugman said.

Investors are leaning back into gold in part because the crypto sector has been rocked by high-profile collapses, according to Krugman. The recent implosion of leading crypto exchange FTX has heavily eroded confidence in digital assets that were already suffering a slump in prices.

And while rising interest rate would usually hit demand for gold, precious metal prices are surprisingly robust, he said, unlike those for crypto, Tesla and meme stocks. The theory is that high interest rates will depress demand for gold because people are more attracted to high-yielding investments elsewhere, such as bonds.

“You might be tempted to say that investors are buying gold because they fear inflation. But that hasn’t worked for bitcoin, which was also supposed to be an inflation hedge,” Krugman said.