A New Mexico prosecutor on Thursday will announce a long-awaited decision on whether she will charge actor Alec Baldwin or others for fatally shooting cinematographer Halyna Hutchins in 2021 as Baldwin rehearsed a scene on the Western movie “Rust.”

Hutchins was killed and director Joel Souza was wounded when a gun Baldwin was using during a rehearsal in October 2021 fired off a live bullet.

Baldwin has said he believed the gun was not loaded with live rounds, and was what in the film world is called “cold,” meaning it carried blanks and could not hurt anyone. New Mexico’s medical examiner has ruled the shooting an accident.

But Santa Fe prosecutor Mary Carmack-Altwies has said that Baldwin is among up to four people who may face charges following a year-long investigation by police.

Investigators focused on the “many individuals” who handled the pistol Baldwin fired during the rehearsal, Carmack-Altwies has said.

Baldwin has denied responsibility for Hutchins’ death and said live rounds should never have been allowed onto the set. His attorney, Luke Nikas, has warned against assumptions that Baldwin will be charged.

New Mexico’s Office of the Medical Investigator said the gun did not appear to have been deliberately loaded with a live round. Authorities have been trying to determine how a real bullet made its way to the movie set.

Hutchins’ family settled a wrongful death lawsuit against Baldwin and other producers last year. Under the agreement, filming on the low-budget movie is set to resume this month with Hutchins’ husband serving as an executive producer. 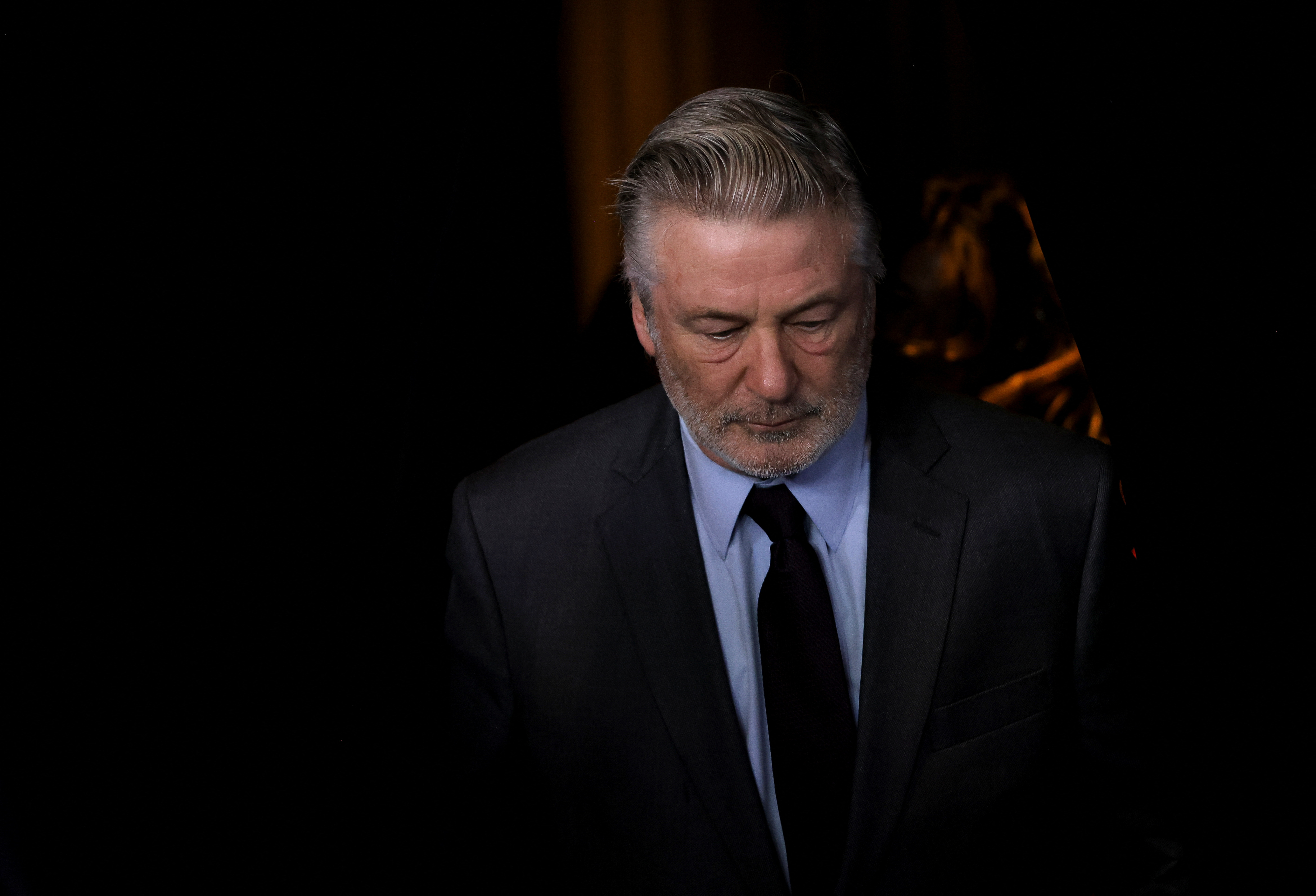 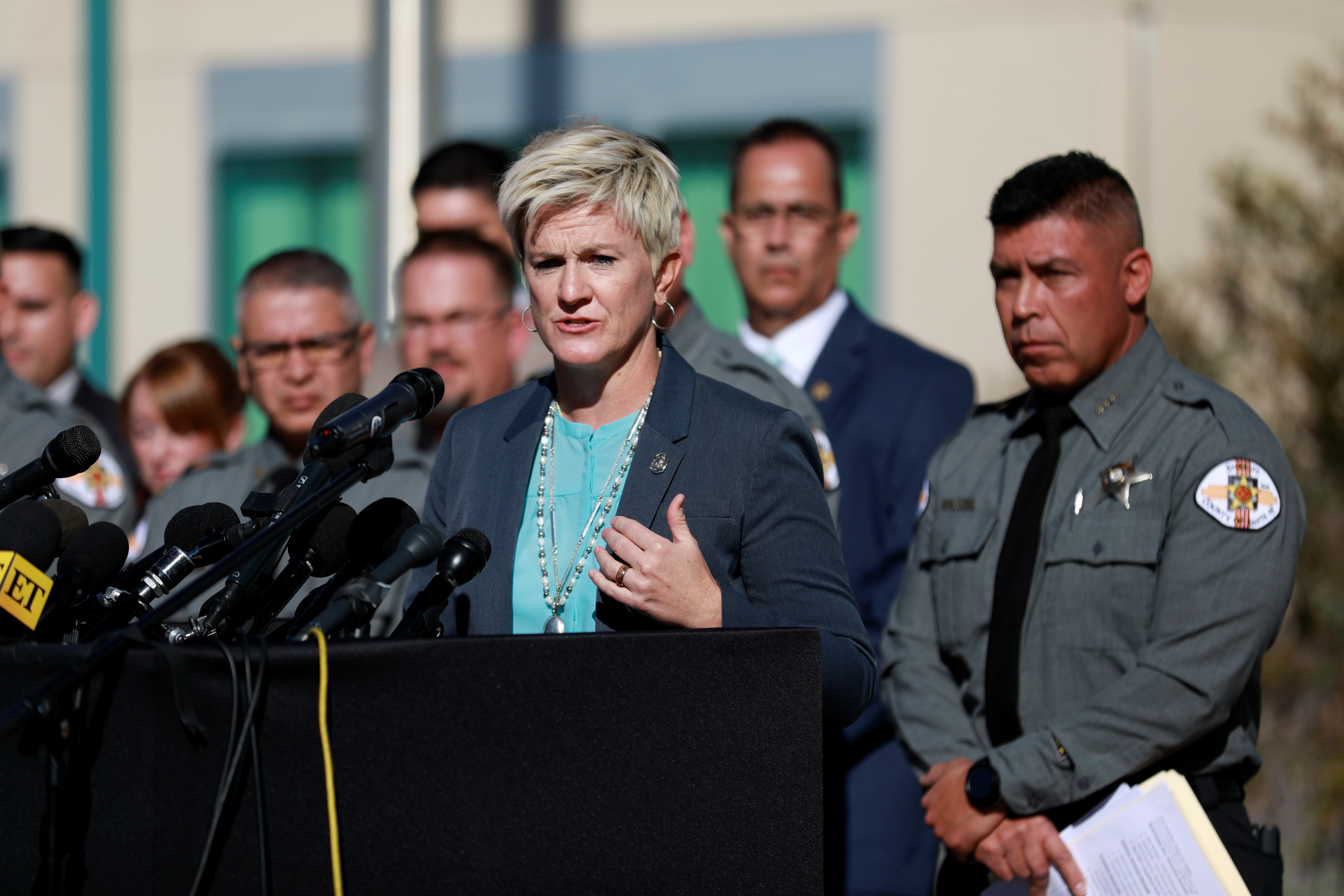 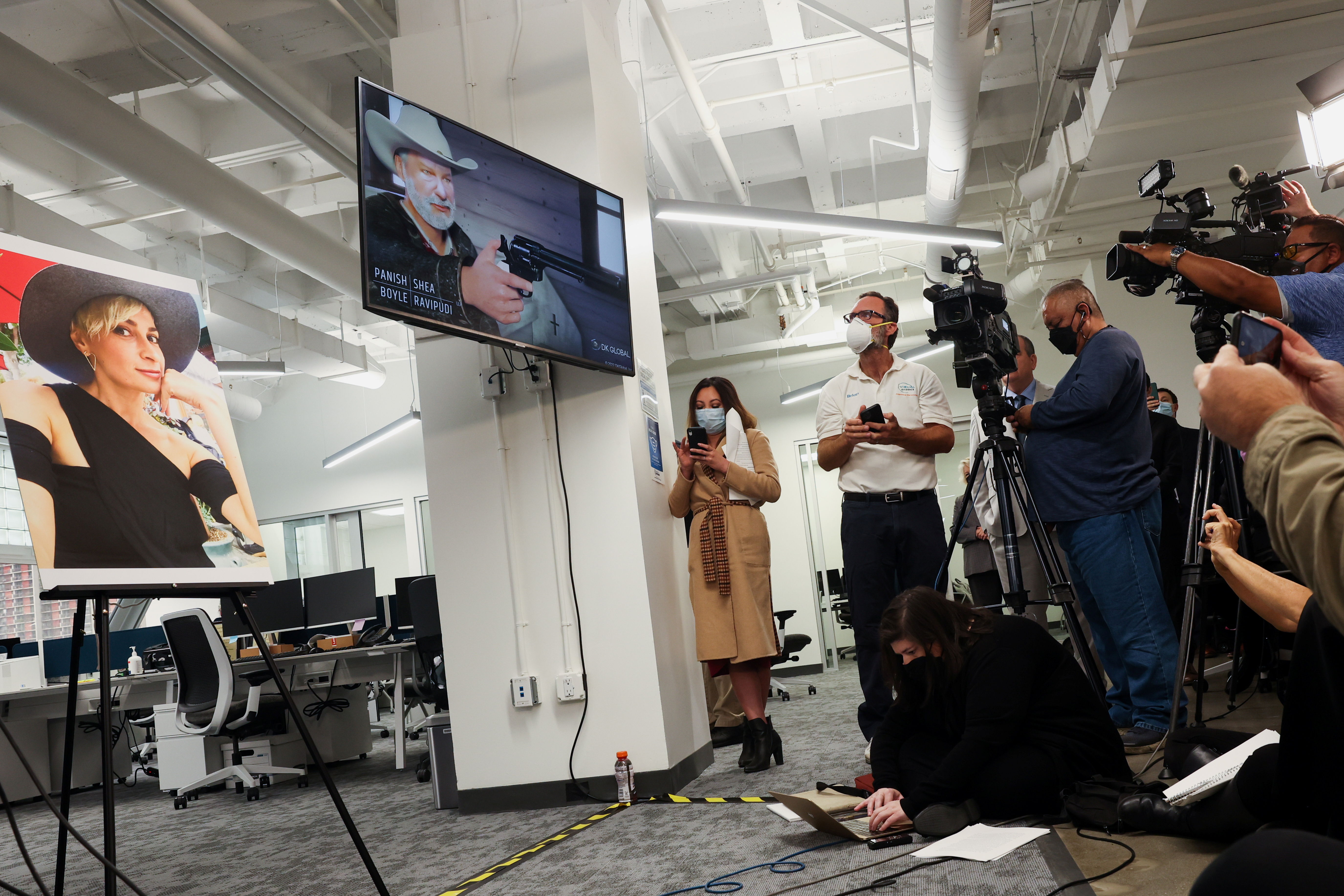 Members of the media watch an animated presentation re-enactment of the accident with Halyna Hutchins, who was accidentally shot dead by actor Alec Baldwin, in Los Angeles, California, U.S., February 15, 2022. REUTERS/Mario Anzuoni