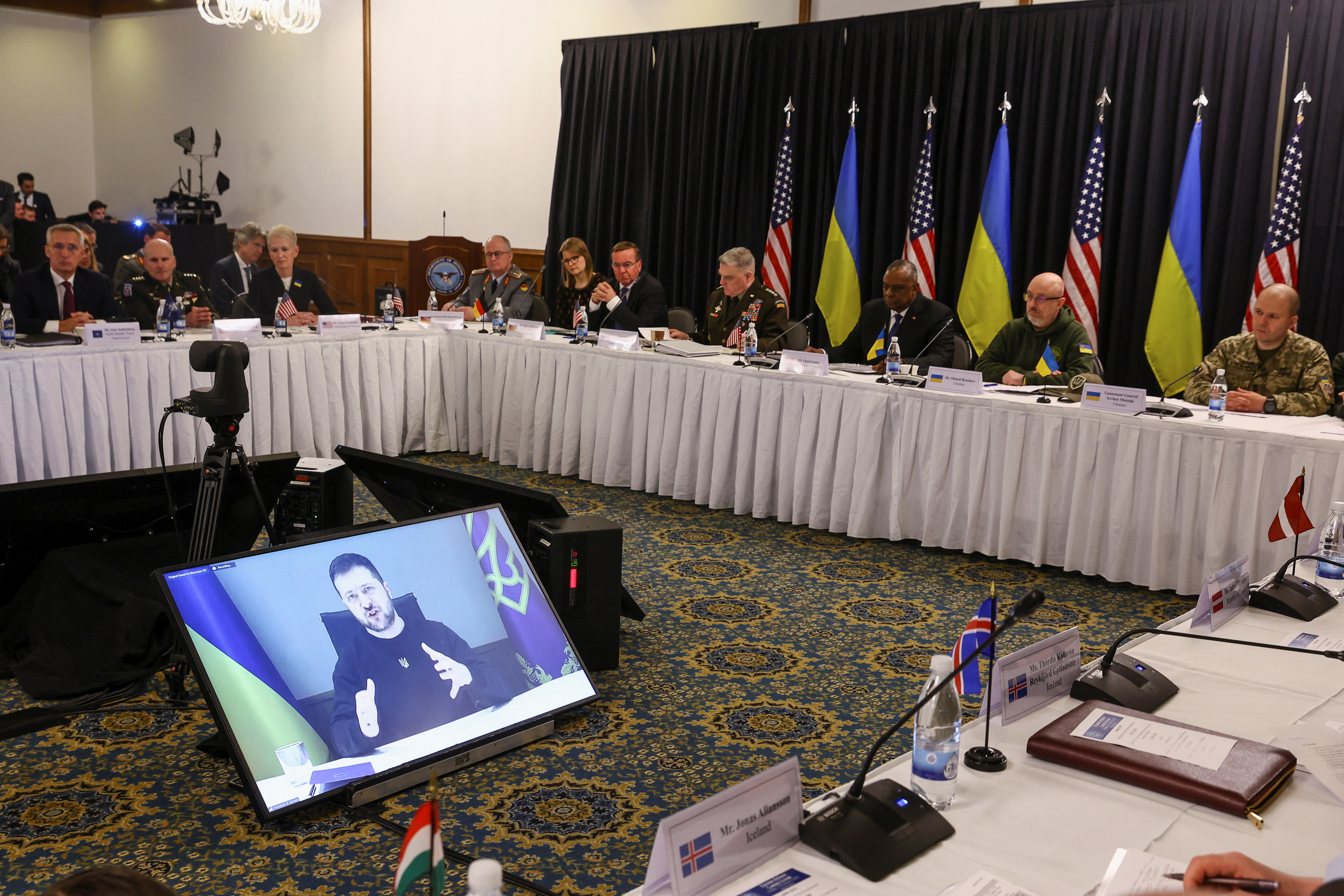 Billions of dollars in new Western military aid, including infantry fighting vehicles – though no German tanks – will gird Ukraine for counterattacks to foil Moscow’s efforts to revive its faltering invasion.

But Kyiv needs other weapons systems to win decisively and, while Russia is readying for a protracted war, it is unclear if defence production – in Europe at least – can keep up military aid at a high level, military analysts said.

The United States and Finland announced new packages of $2.5 billion and 400 million euros (some $430 million)in military aid ahead of Friday’s Ramstein Air Base talks, which failed to break the deadlock on the idea of supplying German-built Leopard tanks to Ukraine.

“It will definitely have a tactical impact on the battlefield,” Poland-based defence analyst Konrad Muzyka said by phone, pointing to the contingent of more than 100 Bradleys.

A group of nine European states, including Britain and the Baltics promised on Thursday to deliver heavy artillery, air defence, ammunition and infantry fighting vehicles and battle tanks sought by Kyiv.

The Ramstein talks were dominated by wrangling over whether Germany would approve the re-export of Leopard tanks used by NATO armies. There was no breakthrough on Friday on the issue, which is sensitive for Berlin for historical and political reasons.

Former Ukrainian defence minister Andriy Zagorodnyuk told Reuters he believed it was just a matter of time until Berlin did approve tank supplies, an assertion echoed by Andriy Yermak, head of the Ukrainian president’s office on Telegram.

“We are getting stronger. Everything we haven’t received yet, we will receive,” Yermak said, in a clear reference to the tanks.

“The expenditure rate of ammunition is huge. It’s unprecedented, probably since World War Two. We also see APCs, Bradleys and Strykers, which are of course an indicator that the allies believe in our counteroffensive,” he said.

Invaded last February, Ukraine fought back Russian forces from around its capital, its north, northeast and a swathe in the south, maintaining the battlefield initiative for much of the 11-month invasion.

Fearing that Russia could use the cold winter weather – which has slowed down fighting on the front – in order to regroup, rearm and launch a major new offensive, Ukraine has itself wanted to launch its own counterattacks.

Zagorodnyuk said he believed Russia was not able – for now – to launch anything more than localised offensives. He speculated that Russia – under the command of newly appointed General Valery Gerasimov – might be using the winter pause to redesign its war campaign to wage a long war.

“For us, that is categorically not interesting. I don’t think time works for us at all. I think we need to finish most of the effort this year,” he said.

But a senior Biden administration official said on Friday that senior officials were urging Ukraine to hold off on a major counteroffensive on Russian forces until the latest supply of U.S. weaponry is in place and training has been provided.

Berlin said earlier this month that it would send 40 Marder infantry fighting vehicles before the end of March; Paris said it would send AMX 10-RC armoured combat vehicles, which are seen as tank destroyers.

Muzyka said the first combat vehicles would only arrive in March or April in an optimistic scenario.

In an interview with the Economist in December, Ukraine’s top general, Valeriy Zaluzhnyi said he needed 300 tanks, 600-700 infantry fighting vehicles and 500 howitzers to help his forces push back the invaders.

“I know that I can beat this enemy. But I need resources,” he said.