A New Year rally in U.S. corporate bonds has started to lose some momentum, as some investors become skeptical of recent optimism about a ‘Goldilocks’ economic scenario of slowing inflation against a backdrop of moderate growth.

Credit spreads for both investment-grade and high-yield bonds have been tightening in recent months, and more so this month, as lower inflation prints raised hopes of a pivot in the Federal Reserve’s current hawkish policy.

Seen as a measure of perceived risk compared to holding safer government bonds, spreads for investment grade bonds (.MERC0A0) narrowed some 10 basis points so far in January and in total about 37 basis points since early October, while junk-rated debt (.MERH0A0) spreads have come in 52 basis points and 116 basis points, respectively, in the same period.

But this tightening spree may be nearing an end, said analysts and investors.

“Credit spreads have rallied across the board since the beginning of the year despite heavy (new bond) issuance and are at multi-month tights. This puts the credit market at odds with economic forecasts and the rates market,” Barclays strategists said in a recent note.

Behind the risk-on approach was optimism about the macroeconomic outlook: Easing inflation, accompanied by signs of a weakening but resilient economy, leading to a so-called soft landing where the Fed tames price pressures without pushing the economy into a recession.

But that theory is getting pushback from some investors, and price moves in recent days have started to reflect some caution. Spreads on investment grade bonds widened for the first time this year last week, though only marginally, and an index of credit default swaps – a derivative some investors use to either hedge their positions or to short credit – rose last week for investment grade debt .

Money markets bet the Fed will start cutting rates towards the end of the year, while Fed officials forecast interest rates to remain higher for longer.

“There is a collision waiting to happen between market expectations of a Fed rate cut later in the year and the growing evidence of a global economic recovery that may keep inflation high so might not lead to a reversal in Fed policy,” said Bruce Clark, senior macro strategist at Informa Global Markets.

Corporate spreads seem “rich,” or over-valued, because they do not fully account for the risk of a recession or economic slowdown where the Fed may not be as accommodative in its policy as in previous downturns, said Dan Krieter, director (FI Strategy) at BMO Capital Markets.

“Even though (companies’) balance sheets are pretty strong here, we’re going to be heading into a recession or strong slowdown, where the Fed’s response function could be different than previous recessions,” Krieter said. “Credit markets would have to play out on their own without the Fed’s massive, extraordinary accommodative policy, unlike the last two recessions.”

In the most bullish scenario, investment-grade bond spreads could tighten another 20 to 30 basis points, but they could widen much more if the economic downturn is deeper than anticipated, he added.

While currently overweight credit, Atluri said he would consider lightening up that exposure should spreads tighten more because any upside would be further limited, increasing his allocation to government bonds instead. 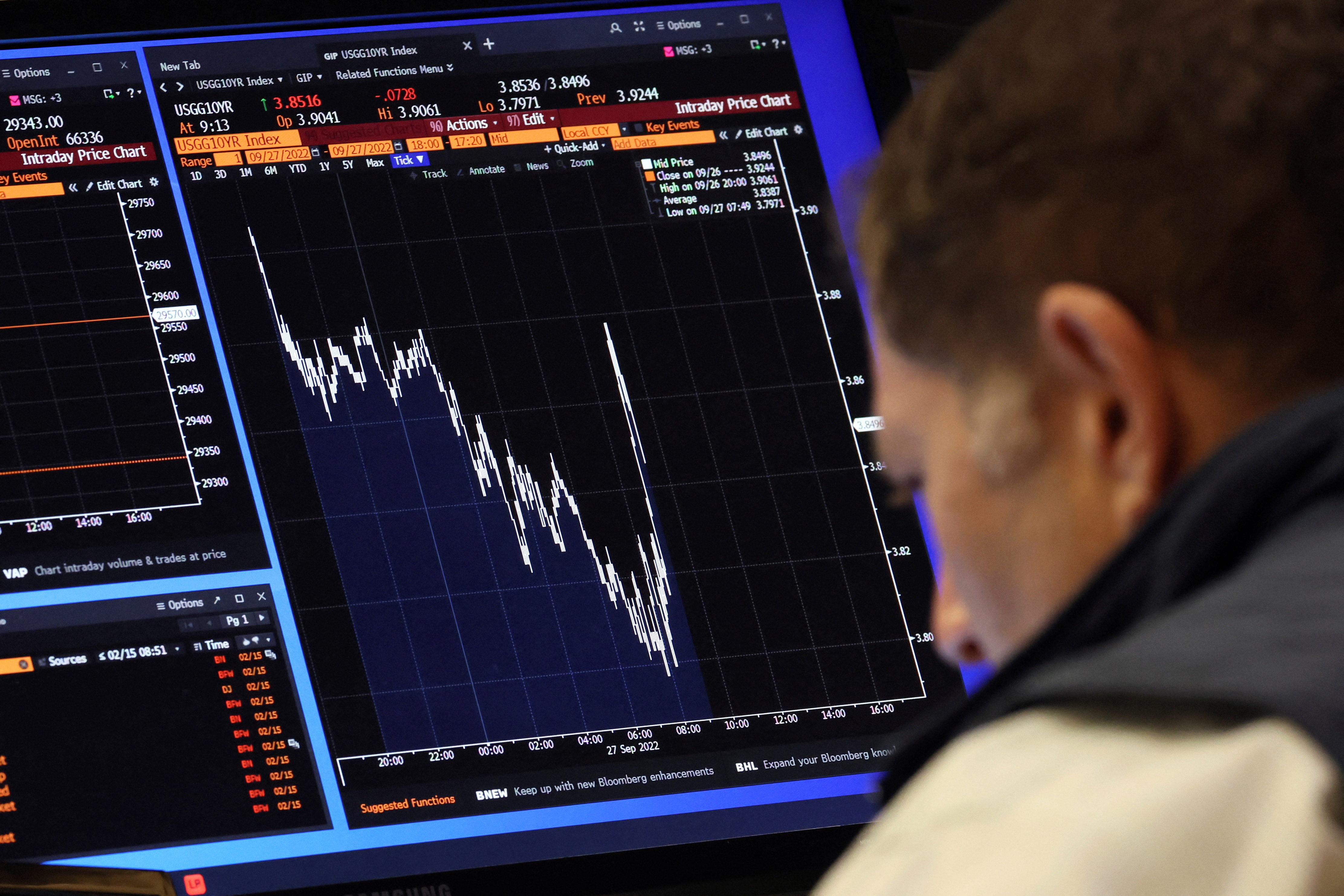 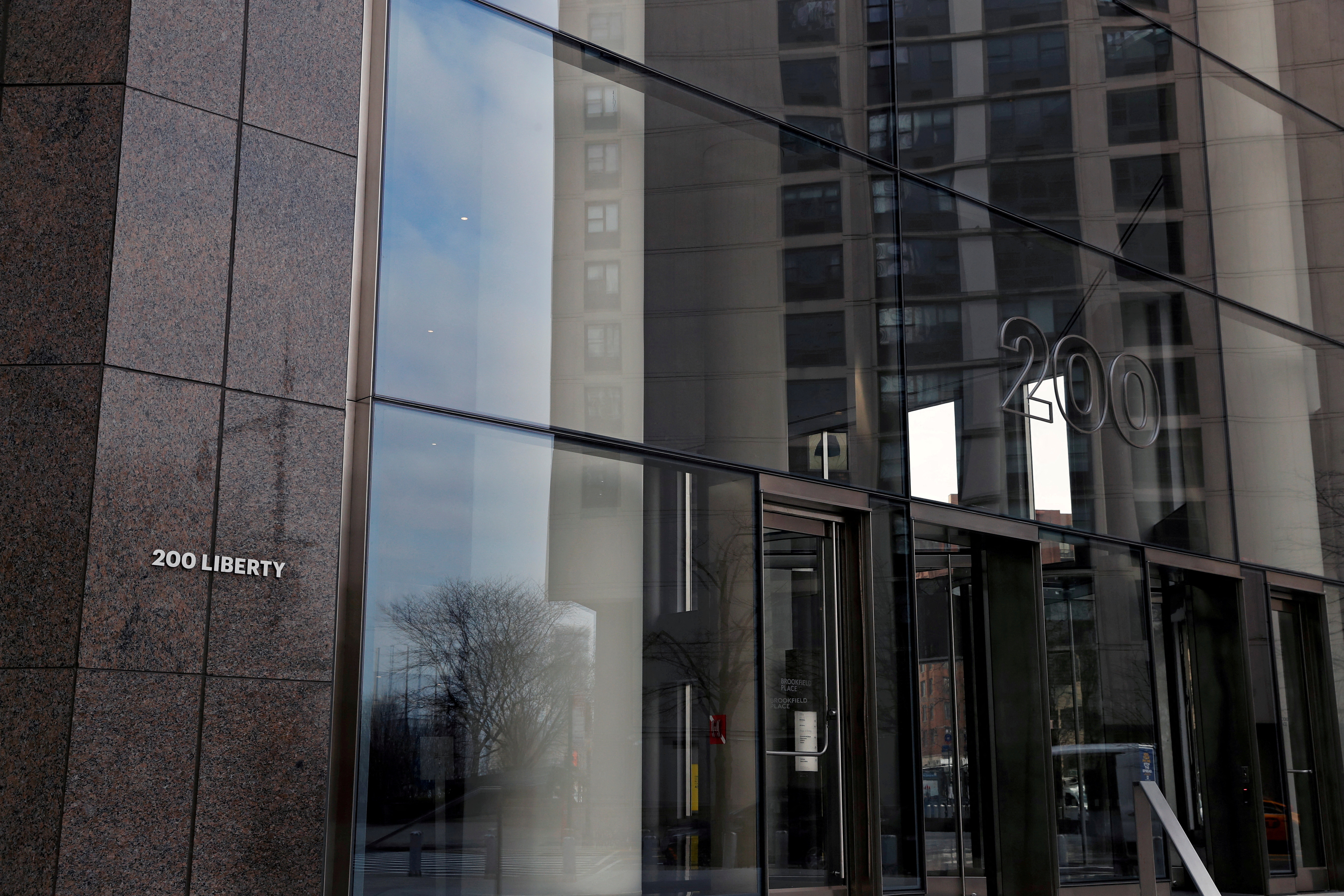 An office building at 200 Liberty Street is seen in the Manhattan borough of New York, U.S., January 13, 2021. REUTERS/Shannon Stapleton/File Photo