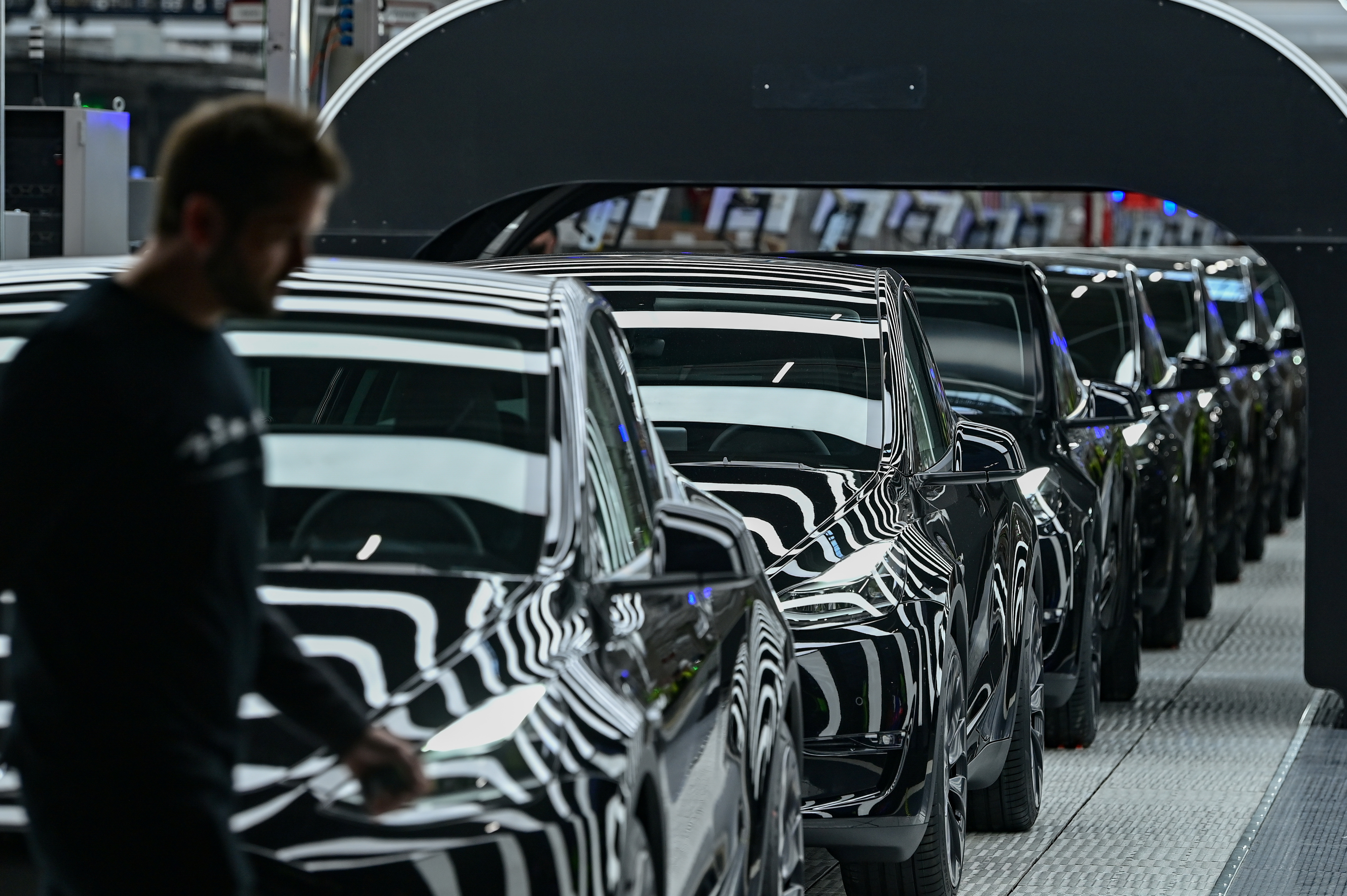 Model Y cars are pictured during the opening ceremony of the new Tesla Gigafactory for electric cars in Gruenheide, Germany, March 22, 2022. Patrick Pleul/Pool via REUTERS

Tesla Inc (TSLA.O) earns more money for every vehicle it sells than any of its global rivals. Now, Chief Executive Elon Musk is using that superior profitability as a weapon in the EV price war he started.

Tesla, once one of the auto industry’s biggest money losers, has over the past year built a commanding lead over most major rivals in profit per vehicle, a Reuters analysis of industry data shows.

Tesla earned $15,653 in gross profit per vehicle in the third quarter of 2022 – more than twice as much as Volkswagen AG (VOWG_p.DE), four times the comparable figure at Toyota Motor Corp (7203.T) and five times more than Ford Motor Co (F.N), according to a Reuters analysis.

For most of this year, Tesla joined rivals in aggressively raising prices on its most popular vehicles, such as the Model Y SUV. Shortages of semiconductors and other materials kept auto industry production down, allowing companies across the industry to focus on higher-margin models and book strong profits, even as sales volumes fell.

Tesla’s decision to reverse course and spend its production-cost advantage on price cuts now challenges the profit-over-volume strategies established automakers such as GM have pursued since the 2008 financial crisis, and doubled down on during the pandemic.

To control production costs, Tesla has invested heavily in new manufacturing technology – such as the use of large castings to replace small metal parts. Tesla brought battery manufacturing and other parts of its supply chain in-house, and standardized vehicle designs to improve economies of scale.

Using production-cost advantages to fund price cuts has a long history in the auto industry.

Henry Ford slashed prices on his Model T in the early 20th Century as his innovative mass-production system revved up. During the 1980s and 1990s, Toyota used the cost lead provided by its lean production system to offer features at prices Detroit automakers struggled to match. Now, Toyota is rebooting its strategy under pressure from Tesla.

Growth in electric vehicle demand outpaced the overall market in the United States and globally during 2022. That emboldened automakers to push EV prices higher. Ford hiked prices for its electric F-150 pickup by 40% during 2022.

But analysts are warning the global EV market could soon have more production capacity than demand.

In China, the end of central government subsidies is accelerating a market share war among rivals in the world’s largest EV market.

“Tesla has taken the nuclear option to bully the weaker, thin margin players off the table” in China, said Bill Russo of Automobility, an industry consultancy in Shanghai. “Big pie, fewer slices, more to eat for those that remain.”

Startups such as China’s Xpeng Inc (9868.HK) had benefited from Tesla’s price hikes. Now, Xpeng is cutting prices in China – but with less financial leeway than Tesla. Xpeng reported gross profit of $4,565 in the third quarter, and a net loss of $11,735 a vehicle, according to company data analyzed by Reuters.

“We hope more people can access smart vehicles after we make our cars increasingly affordable,” Xpeng said in a statement.

Vietnamese EV startup Vinfast said Thursday it will use price promotions to fight back against Tesla.

Chinese EV market leader BYD Co Ltd(002594.SZ) announced price increases effective Jan. 1 after Beijing phased out EV subsidies. So far, BYD has not responded to Tesla’s latest price cuts in China. However, BYD’s gross margins of $5,456 per vehicle give it more headroom in a price war than VW, Toyota or GM.