“Much like the German people, “we the people” have become passive, polarized, gullible, easily manipulated, and lacking in critical thinking skills. Distracted by entertainment spectacles, politics and screen devices, we too are complicit, silent partners in creating a police state similar to the terror practiced by former regimes.”
“The concern is that a Nazi-type regime may be rising in America.
That process, however, began a long time ago.
In fact, following the second World War, the U.S. government recruited Hitler’s employees, adopted his protocols, embraced his mindset about law and order, implemented his tactics in incremental steps, and began to lay the foundations for the rise of the Fourth Reich.

M.N.: The essence of the FBI did not change through the years: it was, it is, and it will be, in the absence of the deep structural reforms, the ragtag army of the

And this is the heart of the problem, it seems to me. They cultivate and perpetuate this mentality and attitude because they have no other, as the organizing principle and raison d’être.
FBI is deeply and secretly antisemitic, which probably is a carry-over from their love affair with the Nazis around WW2 era.  They take only the rotten and psychopathic Jews, like themselves, who suit them.

The following passage is more or less the “personal” note, which can shed a light on how they, the  FBI operate, and who is behind them, sometimes.
A good example, which I mentioned earlier, is the “psychiatrist” cum the FBI informant, the Mata Hari of the American Psychiatry, “Dr” Carol Bernstein, who was promoted to the leadership positions in the American Psychiatric Association by her (former) boyfriend (or husband), the same rotten and psychopathic Jew, who was (or is) the worker for the FBI.
That boyfriend, a little stinky piece of shit, made a point of meeting me after the arranging and executing the physical attack on me through the FBI San Juan branch, its Director at the time, Carlos “Cabrito” Cases, the local police, and their “professional” enforcer. He wanted to make clear that it was him who was behind this attack. He came with a “friend”, and they introduced themselves as “Steven” and “John the Kayak”.
These events are very well known to the FBI, their leadership, and, I guess, to Mr. Comey.
But the point is that it was just the convenient cover for those who really was behind all of this: the Russian intelligence, most likely the GRU, who wanted to teach me a lesson for writing the critical posts about them and Putin. And now investigate all of this, and them, “John Kayak” and Steven.
Bernstein’s and her lover’s schemes meant that the FBI tried to control the APA through her and them. They initiated, for their carrier advancements (in both the FBI and the APA), the series of set-ups, trying to ensnare, to entrap, and to frame up the genuine and legitimate psychiatric researchers. Bernstein did it out of the “professional” envy.
It is very likely that Carol Bernstein – Mata Hari (whom I know from the  times of our work as psychiatric-medical residents in St.Luke Hospital in New York in mid 1980-s), used her “special (herpes laden) charms” and sexual favors to entrap these researchers.
The degenerates like her did destroy the American Psychiatry as the independent Science, turning it into the purulent appendix of the FBI Monster.

Investigate both of them and publish the results of this investigation! 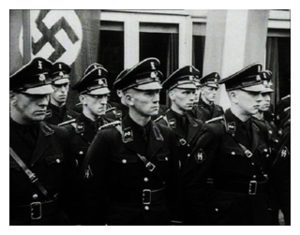 Can the Fourth Reich happen here?

As I point out in my book Battlefield America: The War on the American People , it’s already happening right under our noses. – John W. Whitehead, The Rutherford Institute