M.N.: My dear friend Ernst (Uhrlau):
I think that the “Real Demiurge” got the wind of what is going on, and he/she “kapished” (understood, comprehended) the situation. I think that this is a signal, that he/she is going to punish you for your hypothetical misdeeds, (for example, by the precise lightning strike), if you are guilty as charged.
This is a higher authority than the legal one, and it has its own rules of evidence and its own remedial procedures. So, you better get ready.
I think, you should ask for the protection from the FBI, they still are in the “protection racket business” so to speak, so they will help you.
But only if they really like your arias. Start with this one:
Or this one:

Interpretation by M.N.: “I am the Real Demiurge!” 8:03 AM 7/29/2018
M.N.: That what they say, Ernst! So you better stop playing with your sax, and start singing it! Or your freund Gerhard will start singing first, and you will lose your share of the Copyrights! Wouldn’t that be horrible?!

·
news
Ten people were injured, including five children, when lightning struck a family celebration in the German state of Saxony-Anhalt. Some of the party-goers had been holding onto metal tent polls when the lightning hit.

Around 40 people attended the party in the village of Neuferchau, located around 30 kilometers (19 miles) outside of Wolfsburg. They were reportedly celebrating a birthday and a baptism.

typically carbon dioxide, that is found in mines and other underground spaces:

the clue and the pointer to the “black emails data dump“,

which for our subject, might be a reference and the explanation: “The 650,000 emails were dumped into Abedin-Weiner computer by the Germans”. Or, more exactly by the German Intelligence Services, which one we do not really know yet. Or by them through their cover intermediaries.
This statement needs support by the evidence and proofs, and they should be coming or obtained during the investigations. This sub-hypothesis fits into the previously presented thesis about the Abedin-Weiner emails affair and “Weiner vs Prince dichotomy” as the modern version of the antisemitic narrative of the German Intelligence.
It also opens the issue of the invisible but very powerful “the German Lobby and Faction” of the FBI, for the lack of the better terms, and not to use the terms “German double agents” and the “German moles” within the FBI, the subject which is apparently, one of the FBI’s “taboos”.
This hypothetical “German Group” of the FBI might have been involved in arranging and  setting up of Weiner’s sexting episode, at some type of the instigations or instructions of the German Intelligence Services.
I think, that the “Russian” and the other ethnic groups within the FBI exist also, but they are much less powerful.
These two sub-hypotheses of the German Hypothesis have to be vigorously investigated: 1) Dumping of Emails, and 2) Weiner’s sexting set-up by the German – pro-Trump faction of the FBI.
The ethnic origin may be the one but not the only factor in belonging to the FBI groups or factions. For example, Mr. Mueller’s and many other people’s ethnic origins wouldn’t cause any interest or concerns, and rightly so.
However, we have to understand and to keep in mind that: If the whole affair was designed by the Demiurge, he definitely planned for the future investigations, and he was well familiar with the psychology and styles of the potential investigators, and he factored this in his plans and designs.
He wants the investigations of the operation “Trump” to proceed on his own terms, and according to his plans, with the conclusions and the outcomes that are most suitable and desirable for him. In other words, the Demiurge intends to mis-direct the Trump investigations by Mueller and others, just like he successfully mis-directed the 9/11 investigations.
In combination with the natural limitations of the legal investigations as opposed to the Counterintelligence ones, this circumstance might generate certain, and the very real risks.
If these suspicions regarding the FBI and its factions are confirmed, it might lead to the broad, in-depth investigations of the FBI itself and to the long needed and vital reforms.

“фуркать”, old Russian word: “Do not throw a stone at the dog.”

“Do not give dogs what is holy; do not throw your pearls before swine. If you do, they may trample them under their feet, and then turn and tear you to pieces.”

Matthew 7:6.
“The endeavour to correct the faults of others must be confined within its proper limits, and not allowed to become a casting of holy things to the dogs… Dogs and swine, these impure and thoroughly despised animals, represent those men who are hardened and altogether incapable of receiving evangelic truth, and to whom the holy is utterly foreign and distasteful”
M.N.: In my humble (“Hermeneutic“) opinion, it is difficult to find, out of these 14 “Commentaries”, the one that is fully satisfactory in its explanatory power, with the quote above being probably the best.

The interpretations of the political crimes and the hostile intelligence operations, sometimes presented as “performance crimes”, might be just as, if not more, diverse and multifaceted.

The test is their practical utility: as the source of the conceptual understanding (seeing the “big picture”), constructions of hypotheses, generation of leads and ideas, and ultimately, as the aid in investigations, which can be quantitatively measured.

The only thing I cannot figure out if it is addressed to me, or to my friend Ernst, or to someone else. Maybe, “Deutsche Welle” knows the answer … Pay attention, Volodya, just in case, and:

7.21.18 – Marathon Gas Station | Officer Adam Jobbers-Miller | Fort Myers | Suspect Wisner Desmaret
“Jobbers-Miller, who police previously said had been on the force since September 2015, was injured while reporting to a Marathon Gas station in Fort Myers around 7:30 p.m. on July 21st when a shooter opened fire. Following the encounter, Jobbers-Miller was rushed to a hospital by a another officer, where he had an emergency operation, police said. They added that after the surgery, his condition was listed as critical but stable. The suspect was taken into police custody, police said.”
M.N.: Interpretation:
The Demiurge or his impersonator said (?):
This “Marathon Gas Station” – (Russia), is a Mill for the Jobs, it is for the people, it is “human” (“adam”) (“Adam Jobbers-Miller”). This Fort is Mine (“Fort Myers”). Whiter and wiser (“Wisner”, “occupational name for an executioner or a beadle”); Deutschland became, she wisened up, she smarted up (“De-smaret”), she shoots the Mill in the head…

CBS News–12 hours ago
The death count from a rapidly growing Carr Fire in North California rose to … after she and family members met with Shasta County sheriff’s deputies. … It pushed southwest of Redding, the largest city in the region, toward the …
–
M.N.: Interpretation: The Demiurge or his impersonator said (?): 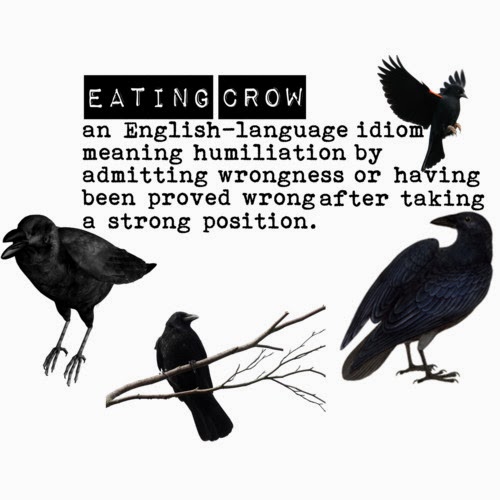 “Here I am: Carr! Carr! (Kar! Kar! – Russian, “crow cra-cra”) I am so ashamed, I’m blushing, getting red: REDDING… Shasta – That’s the end! (Ironically). Or: “Walk around, look around more – “sha’stai (Russian), for the correct answers and the correct suspects.” Otherwise, you will eat crow! You are killing your “great grandma” – SPD – Social Democratic Party of Germany… etc.