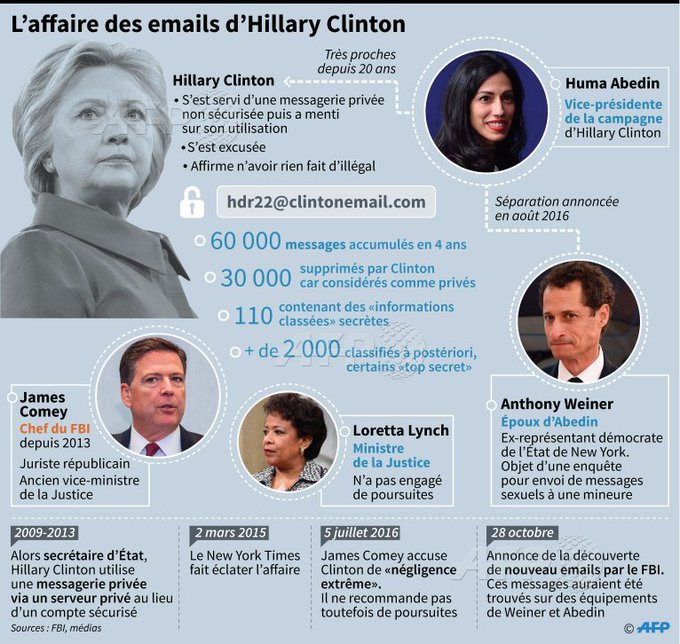 News Reviews and Opinions: The Autumn Of Our Discontent

The key issue and questions remain:
Who dumped those  700,000 emails (or 650,000 in previous reports) to this laptop from Abedin’s Blackberry, and how was it done: by remote reprogramming of the device, similarly to DNC hack and Hillary Clinton’s emails hack? If the culprits were traced down in DNC hack, why can’t they be traced down in Abedin-Weiner hypothetical hack?
These are the key issues, it seems to me, because those who dumped these emails and/or reprogrammed the Abedin’s Blackberry device, are the same actors who tried to interfere in elections 2016, and the same actors who, very likely, helped to arrange the sexting, and the set-up, and the frame-up of Anthony Weiner.
In my humble opinion, the Abedin-Weiner emails affair and directly related to it Weiner’s “sexting” incident have to be reopened and re-investigated.
Weiner signed a non-disclosure agreement with the FBI. It has to be rescinded. It is very easy way for the FBI to silence him and to cover up the truth.
Michael Novakhov
12:02 PM 8/28/2018
See the previous posts on this subject: